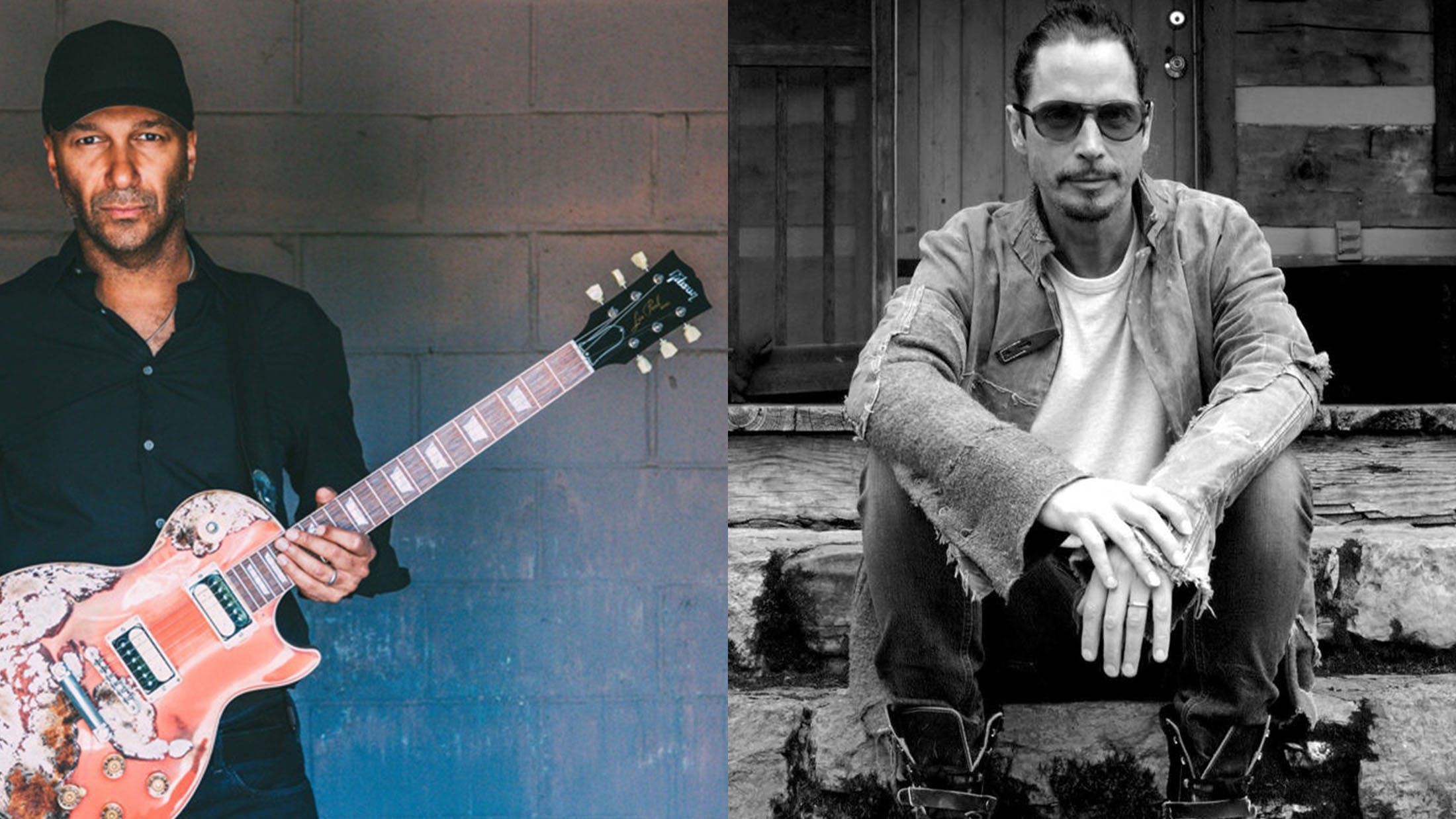 Last week, a petition made the rounds that called for the newly-discovered black hole -- pictures of which have been blowing up social media for a while now -- to be named after Soundgarden and Audioslave singer Chris Cornell. Now, Rage Against The Machine guitarist and Chris' Audioslave bandmate Tom Morello has said that he supports the petition.

In an interview with Sean Stewart of Rock 105 WRXR in Chattanooga, Tennessee, Tom said, "I think that would be really nice. I don’t know who you send that petition to, but I’d be happy to officially add my name to that. It seems absolutely appropriate."

Listen to a clip of the interview here:

Right now, the black hole is nicknamed Pōwehi, the Hawaiian name for the "embellished dark source of unending creation," but it could in the near future be renamed after Cornell. The petition to rename the black hole already has over 47k out of 50k votes, and can be signed at its Change.org page.

The text of the petition's mission statement describes Chris Cornell as "above all, the voice of an entire generation," and goes on to say, "He was one of the most beloved figures not just in rock, but all of music, by people from all over the world. His music, his voice and his personality inspired, influenced, changed and even saved the lives of thousands of people. Chris left a heavy legacy for a new generation of musicians who follow in his footsteps. His memory will remain forever alive in the hearts of all his family, friends, fans and all the people who love him, and his music will do the same in each record, song or video we play.

"Black Hole Sun, written by Chris Cornell is without a doubt Soundgarden's most recognizable and most popular song, and one of the biggest anthems of the 90's. For this reason, and the impact Chris Cornell had in the lives of so many and music itself, I ask NASA, the Event Horizon Telescope Collaboration and all the astronomers and scientists involved in this discovery, to name this black hole after Chris Cornell. This would be a 'surreal' and amazing way to honor his life and his contribution to music. "