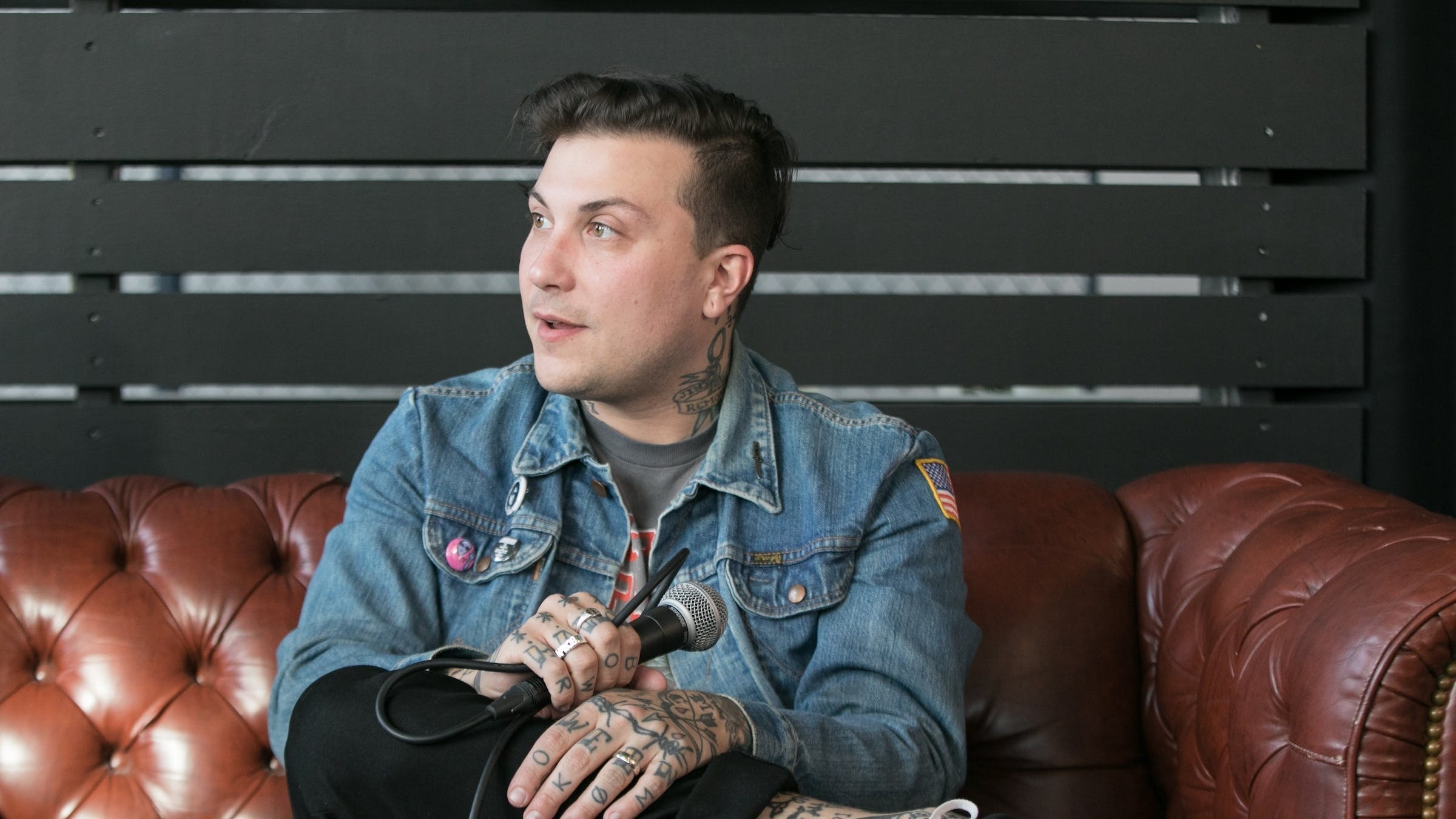 Last week, Frank Iero blessed the Brooklyn Kerrang! office and a bunch of lucky fans with his presence for a special event, which you can watch soon.

We’ll be bringing you Frank Iero In Conversation on our Facebook page tomorrow at 7:30 GMT (2:30 EST / 11:30 PST). Make sure your alarms are set; for now, whet your appetite with a few choice shots from U.S. Executive Director Ethan Fixell's chat with Frank:

Even though Frank Iero has had a lot going on lately, from his brand new album Barriers to making fun of Joe Jonas for starting My Chem reunion rumors, his approach to rock stardom remains wholesome and heartwarming. His chat with Kerrang! was full of poignant, funny, and heartwarming anecdotes, involving midnight snacks, his bus accident, and the exact moment when he realized he was actually famous.

“I don’t remember a definitive time in my mind, but I do remember getting a call from my grandfather. This was like — we had gotten a platinum record, and we had been on TV, and we had done all these things. And then he called me one day and was like, ‘Oh my God, you’re in The Trentonian,’ which is the local Trenton, New Jersey, paper! And The Trentonian had said, ‘Famous Birthdays,’ and they had listed my name. He was like, ‘Frankie… you made it.’”

Be sure to watch the In Conversation, but if you want a closer look at Frank, you can catch him at one of his upcoming UK gigs:

And in the meantime, take a listen to our Frank Iero curated playlist if you want to have a bit of a jam-out.