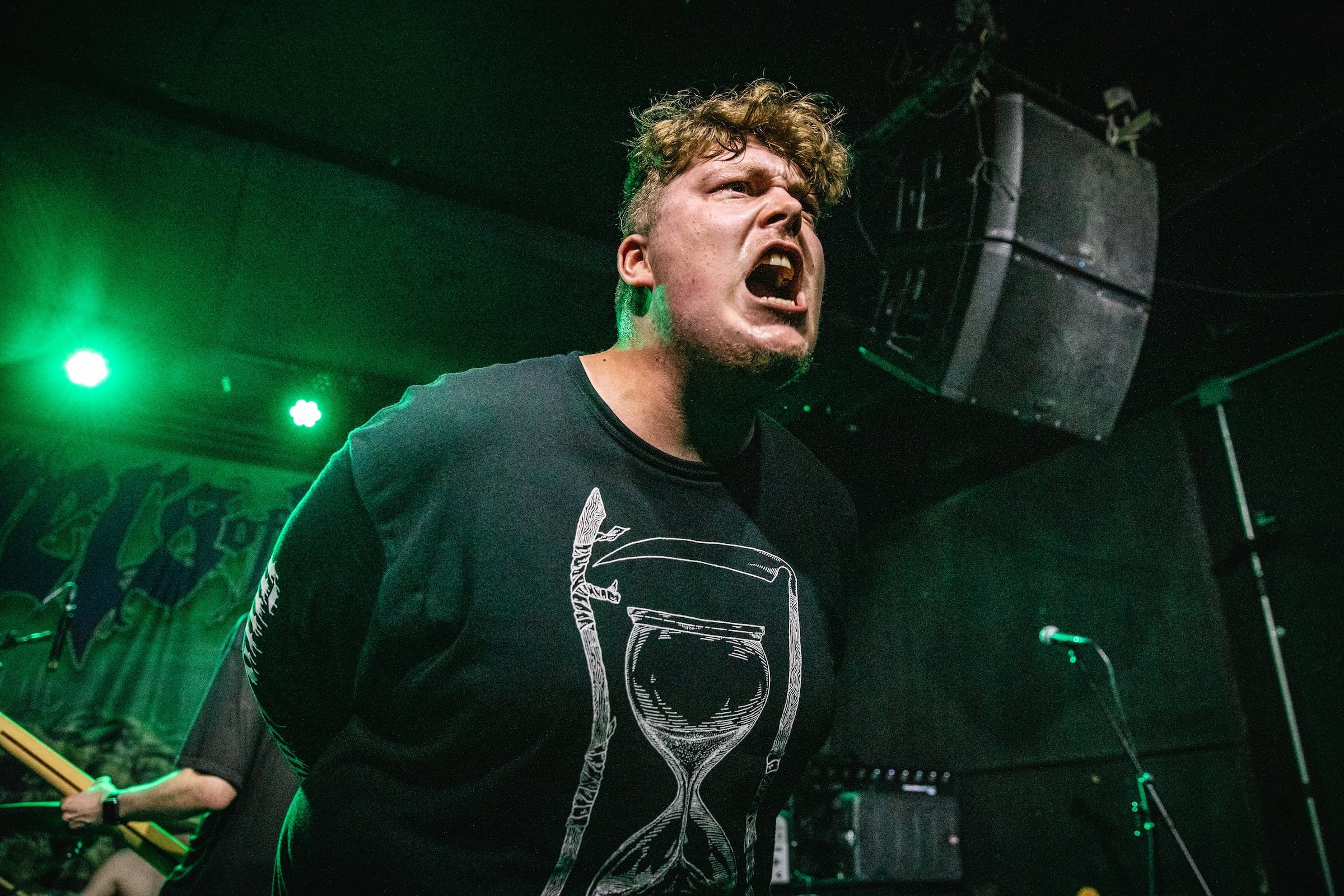 You’ve already seen the incredible headline set delivered by Rivers Of Nile at Brooklyn’s Saint Vitus Bar as part of their Kerrang!-sponsored tour with Conjurer, Entheos and Wolf King. We also showed you Entheos’s devastating performance. Now, it’s Conjurer’s turn. For 30 minutes, the UK-based band made the walls of the venue tremble and shake as they unloaded their heavy, chugging riffs and distorted growls and screams upon the New York.

Yet while the band were loud and intense and had an entire room of devoted fans by the end of their set, they also showed they’re incredibly capable of nuance. They opened with the slow-motion, bone-crushing Choke, which accelerated into a frenzied maelstrom of noise, while, a bit later, Retch veered from furious explosions of energy to sludgy, doom-laden breakdowns—and back again. Throughout the whole thing, co-vocalist/guitarist Dan Nightingale had the most evil stare we think we’ve ever seen, especially when compared to his counterpart Brady Deeprose. During the finale of Hadal, bassist Conor Marshall ends up in the middle of the room as Jan Krause beats the hell out of his drums.

If you weren’t there—or even if you were—you can experience all the intensity for yourself tomorrow. Head to the Kerrang! Facebook page tomorrow at 11:30am PST/2:30pm EST/7:30pm GMT and watch our stream of Conjurer’s set in all its magnificently heavy glory.

Be sure to check out our gallery of the evening!