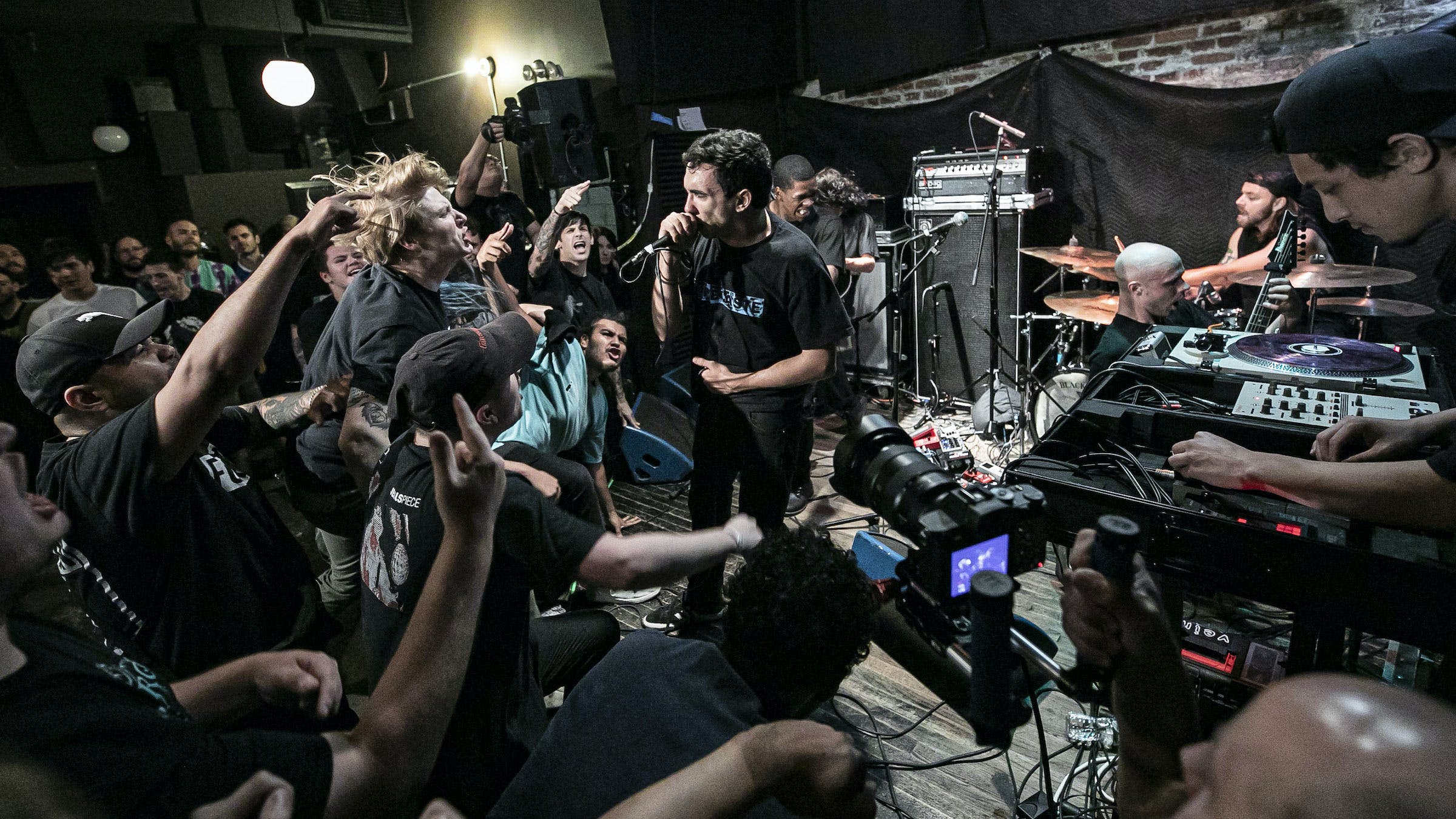 The Brooklyn incarnation of our K! Pit series has seen many different faces of high-octane insanity, from the sing-along enthusiasm of pop-punk misfits Sum 41 to the concrete-scraped kinetic power of Jesus Piece. But while every single band to grace to tiny back room of Brooklyn dive bar The Gutter with their presence has been exciting, one has always been on our mind: Boston nu-core act Vein, one of the heaviest and most exciting bands out there. So when Vein and a handful of their diehard fans packed into the Gutter to throw down for 20 seething minutes, we were excited to see what happened. And when the blur of the night was over, they proved that we were right to be so.

Vein's recent ascent has been a surprising and awesome one to watch. Just over a year ago, the band's debut full-length Errorzone blew the scalps off of metal fans and critics alike, its mixture of hardcore, death metal, and the gut-punching power of nu-metal reminding fans of everything they loved about all the heavy music of the ’90s. But while the band's recorded music amazed listeners, including metal gods like Soulfly frontman Max Cavalera, it was their furious live show that really brought together their devoted fanbase and earned them the title of of most explosive band in hardcore.

Want to see what all the sweat-drenched blood-soaked fuss is about? Tune in to our Facebook page tomorrow, August 15, at 7:30pm BST (2:30pm EST/11:30am PST), for an exclusive livestream of Vein's performance at our Brooklyn K! Pit.

Want a taste of what's to come? Here are a few shots from the show:

To stay appraised of all of our K! Pit streams, make sure to follow us on Facebook.

If you want to warm yourself up, check out one of our previous Brooklyn K! Pits:

You can also watch our London K! Pits on the Kerrang! YouTube channel.