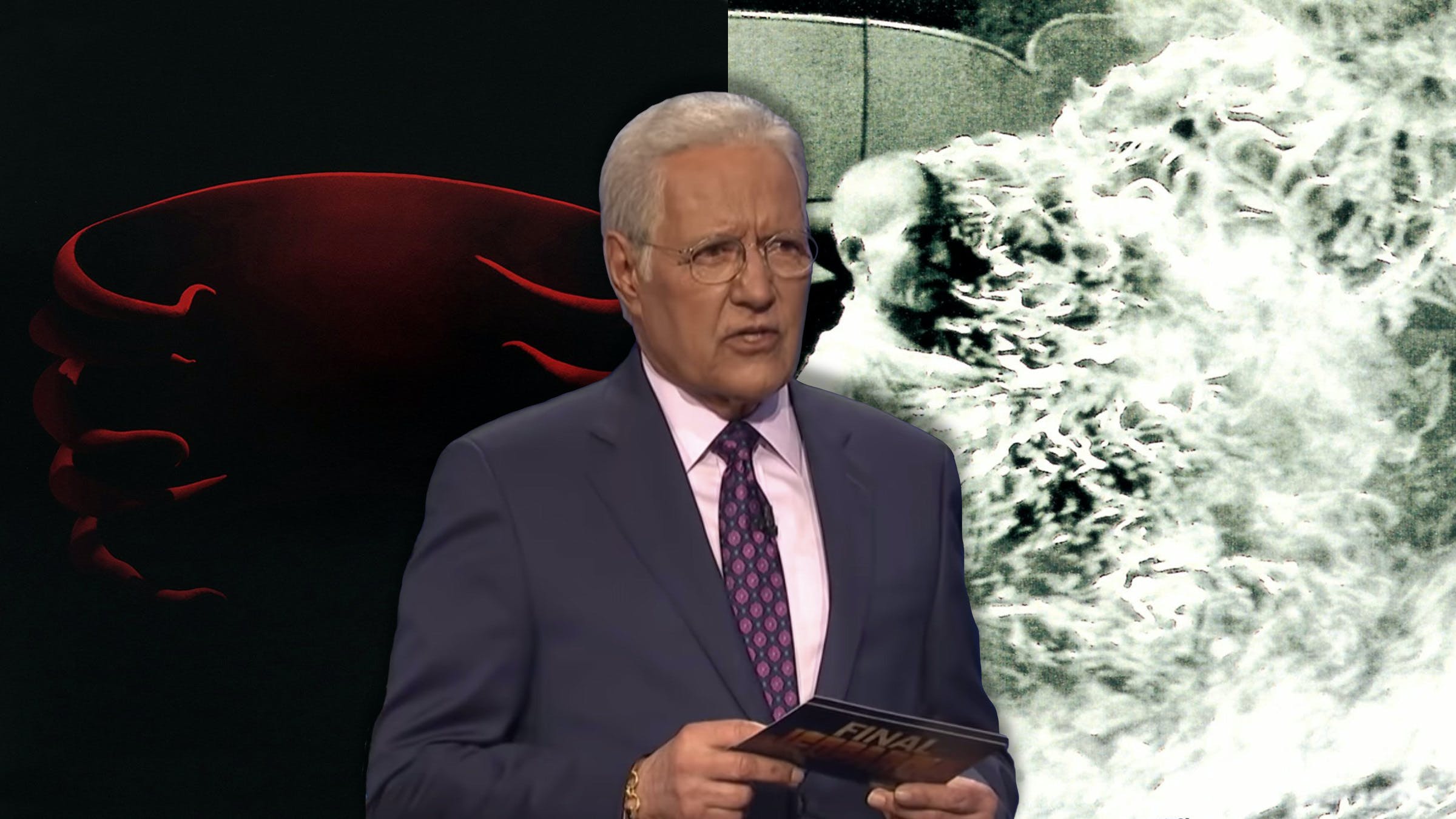 Deep down, everyone knows Alex Trebek is perhaps the most metal dude on the planet. The guy has been hosting Jeopardy! for over 35 years, in and out of the most identifiable mustache since Lemmy decided not to shave. Now, the show has proved that Alex is not only a hesher, but an up-to-date one as well, having referenced both Tool's Fear Inoculum and recently-reunited nu-metal pioneers Rage Against The Machine on the show.

The former band's reference was caught by a Redditor, who posted the following image of the question to r/ToolBand:

READ THIS: Tool's Fear Inoculum is the best-selling rock record of 2019

Meanwhile, the PRP reports that RATM were also recently featured on the show, as a question under the category Drawing Quite The Crowd (you can almost hear Trebek saying it). The question itself was:

‘In 2007 the long-disbanded Rage Against The Machine got together & drew 100,000 at this California festival.’

This is, of course, not the only time that heavy music was featured on the show. In November of last year, death metal acts Obituary and Morbid Angel were referenced on the show. The question was, “Morbid Angel and Obituary are popular bands in this genre", to which Dhruv Gaur, the 2018 college champion, rose up and showed his inherent knowledge of all things dark and brutal.

Though they've showed off their appreciation for (or at least acceptance of) metal on the program, Jeopardy isn't entirely down with the more satanic aspects of the genre. it was announced earlier this year that contestants are permanently banned from making bids of $666, as well as $1,488 (because of the numbers’ ties to white supremacy) and $69 (for obvious reasons). Still no ban that we know of on $420, though, but then again inveterate weed smokers are not incredibly well known for their ability to call up trivia out of nowhere (and would undoubtedly forget to answer in the form of a question).

Meanwhile, Rage Against The Machine are set to headline Coachella in April, and you can catch Tool live in the states and Australia at one of the following dates:

READ THIS: The 12 best metal songs for karaoke