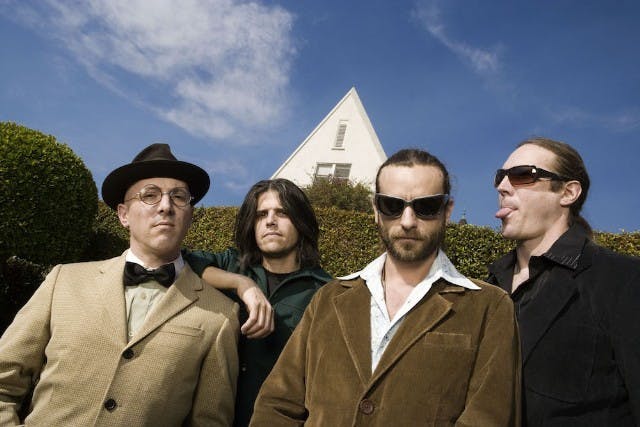 Only days after their entire back catalog hit streaming services, progressive metal titans Tool have dominated iTunes' download charts. Not only does the band have several tracks from throughout their storied career in the top downloaded songs chart, but their 2001 album Lateralus is currently ranked #1 on the iTunes album download chart.

As you can see on Apple's chart page, Lateralus is currently the most downloaded album on iTunes, beating Tyler Childers' Country Squire and Skillet's Victorious, as well as any number of pop releases and Disney soundtracks:

Just as impressive is that five Tool songs are in iTunes' top 10 most downloaded songs chart:

How Tool's upcoming new album, Fear Inoculum, will fare on the charts remains to be seen when it comes out at the end of this month -- but this seems to suggest it'll land with a boom.

In a recent interview, Maynard James Keenan commented on why Fear Inoculum took so long for the band to complete, saying, “The four of us are a lot of fucking work, just to get anywhere, oh my God. Everything’s a fucking committee meeting and it always gets shut down...When you get successful, you think you’re right about everything and you’re pretty sure as that individual: ‘I am right and you are wrong, because I’m successful and we’re successful because of me, not because of you.’ It’s not that bad with us, but there’s a dynamic of, like, ‘I want this and I’ve always gotten my way and that’s why we’re successful, because I don’t compromise on this or that.’ I’m the same way. I’m totally the same way.”

In an interview with Kerrang!, the singer also made it clear that Tool doesn't feel to need to explain all of their concepts and processes to fans, saying, “Some things are subjective, and some things are not. Some things are logical: take a step back, take away all the grandiose stuff and the idol-worship part, and look at something practically and you’ll come up with an answer that’s fucking reasonable – rather than this crazed Twitterverse of horseshit. Shut the door to the shit room.”

“When you’re planting grapes and realising that it’s colder than it is hot, it’s going to be more about avoiding cold and moisture than it is heat. It’s a conscious decision that you have to be present for and pay attention. If you’re not, you’re going to miss it.”