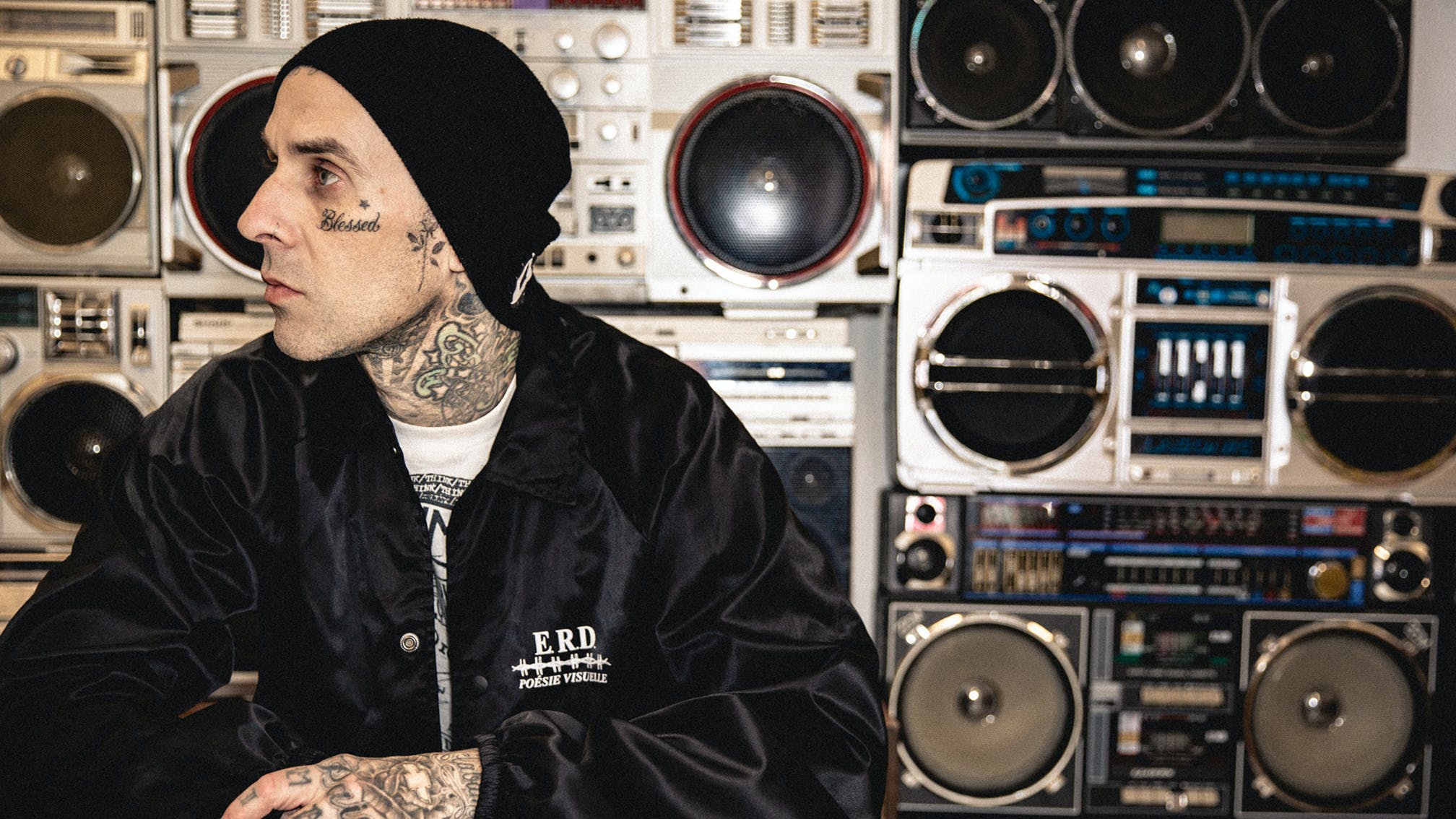 Past and present members of blink-182 have clearly been having a big ol' clear-out in 2021: after Mark Hoppus and Tom DeLonge sold their used gear earlier this year, Travis Barker has now decided to do the same.

The drummer has partnered with Reverb to sell over 100 bits of equipment, including his old Adam's Song drum kit, a Box Car Racer set used in the I Feel So video, and various studio bits from working with the likes of Machine Gun Kelly, YUNGBLUD, Lil Wayne, iann dior and more.

“I just moved into my new studio and I’ve got to part with a bunch of equipment to make space," he explains. "There’s a lot of cool instruments here, including drum kits, drum machines, keyboards, and more, that I would like to pass on to the next generation to make lots of great music with it."

Read this: blink-182: The inside story of Enema Of The State

Speaking about his Adam's Song kit, Travis says, "This kit is iconic, it’s legendary. It was in the Adam’s Song video. I called it the Evel Knievel Kit, and it was made here in California. It's almost too special to me and it feels weird to drag it back out on tour or to even play it in the studio. It's really a timepiece and I can't wait to see who ends up with it.”

Travis' virtual Reverb shop is officially open from May 26.

And see Travis talking through everything:

Plus, because you're already here, why not watch the Adam's Song kit in action?!

In February this year, Travis said that a new blink album was roughly "60 per cent" done.

"There’s a lot of cool stuff," the drummer teased. "There’s a song with Grimes right now that’s really, really cool that I love. There’s a song with Uzi that’s really, really cool that we did with Pharrell. I mean, it’s not like blink’s making a rap song or anything. It’s like bringing Uzi over to our world. So it’s more of a punk kind of like reggae feeling song.

“And yeah, I mean, I don’t think blink will ever be anything but a pop-punk band. I mean, that’s who we are. And I feel like our fans have kind of journeyed with us when we’ve done songs like I Miss You or ballads like Adam’s Song. But like we’re never going to veer too far off from what we are – like, I’m like a punk kid at heart, you know what I mean?

"Whether it’s like pop-punk with blink or whatever with [Machine Gun Kelly] or whatever with Trippie, that’s where my heart’s at," he added. "I was raised on rap music and punk rock music. It’s kind of all I know…"

Read this: 8 lesser known but brilliant blink-182 songs everyone needs to hear