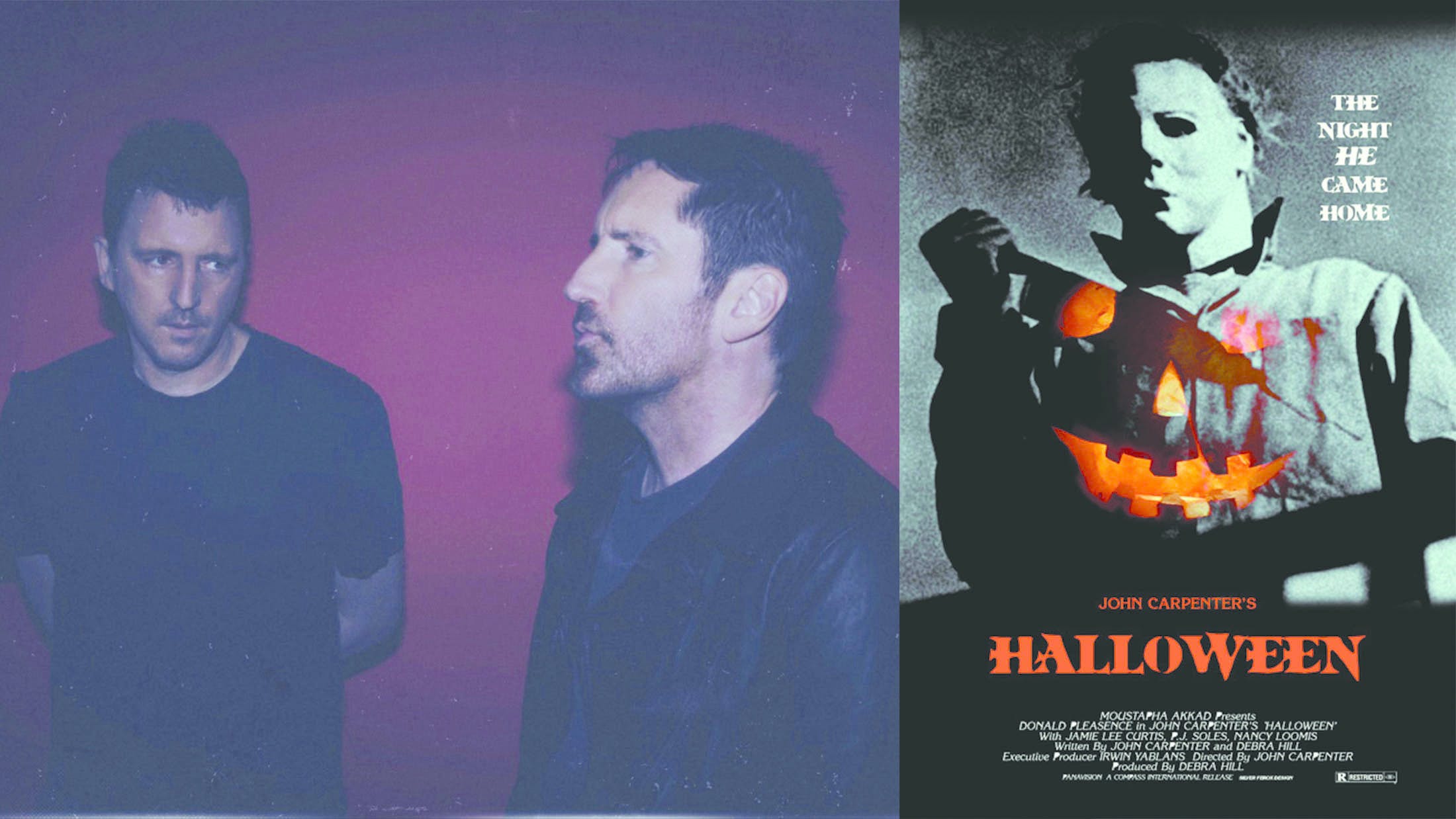 John Carpenter’s Anthology: Movie Themes 1974-1998; a compilation of his classic movie themes, is dropping next Friday, October 20. To celebrate this, today (Friday 13!!!) the folks at Sacred Bones Records have given unto the world a new version of the Halloween theme created by none other than Nine Inch Nails’ Trent Reznor and Atticus Ross.

“I clearly remember my friends and I at 13 years old conning our parents into letting us see Halloween when it came out in 1978," says Reznor. "We left the theatre forever changed. We were damaged and scarred, with the shit genuinely scared out of us and that theme stuck firmly in our heads. John Carpenter, it’s your fault that I turned out the way I did.”

Reznor and Ross put together their version of one of horror’s greatest creepy themes from scratch and it has garnered the approval of JC himself (John Carpenter, not Jesus Christ – we're not sure how Jesus Christ feels about any of this). John Carpenter has commented on the recording, saying: “Moody and dark, Trent Reznor and Atticus Ross’ version of HALLOWEEN does amazing justice to the original. I’m impressed."

As the director and composer behind dozens of classic movies, Carpenter has established a reputation as one of the greatest filmmakers in the history of modern cinema, and equally, one of its best and most influential musicians. The minimal, synth-powered themes to films like Halloween, Escape From New York, and Assault on Precinct 13 are inseparable from the films themselves, and their timelessness was evident as Carpenter played them live in a bunch of internationally sold-out concert dates in 2016.

Anthology: Movie Themes 1974 – 1998 collects 13 (appropriate, no?) movie themes from Carpenter’s career together on one volume for the first time. Each theme has been newly recorded with the same collaborators that Carpenter worked with on his hit Lost Themes studio albums: his son, Cody Carpenter, and godson, Daniel Davies. Wholesome family fun!

This record is a pretty solid overview of John Carpenter’s greatest themes, from his very first movie, the zero-budget sci-fi Dark Star, to 1998’s supernatural Western, Vampires. Those sit alongside the driving, Led Zeppelin-influenced Assault on Precinct 13 theme, Halloween’s creepy 5/4 piano riff, and the eerie synth work of The Fog. Carpenter and his band also cover Ennio Morricone’s bleak, minimalist theme for The Thing. (“I asked Morricone to please compose something with a very few notes,” Carpenter says. “And brilliantly, he did.”)

In the weeks following the album's release, Carpenter will hit the road again, playing both his well known movie themes and material from his two Lost Themes albums.

Here's the trailer for the original Halloween movie: