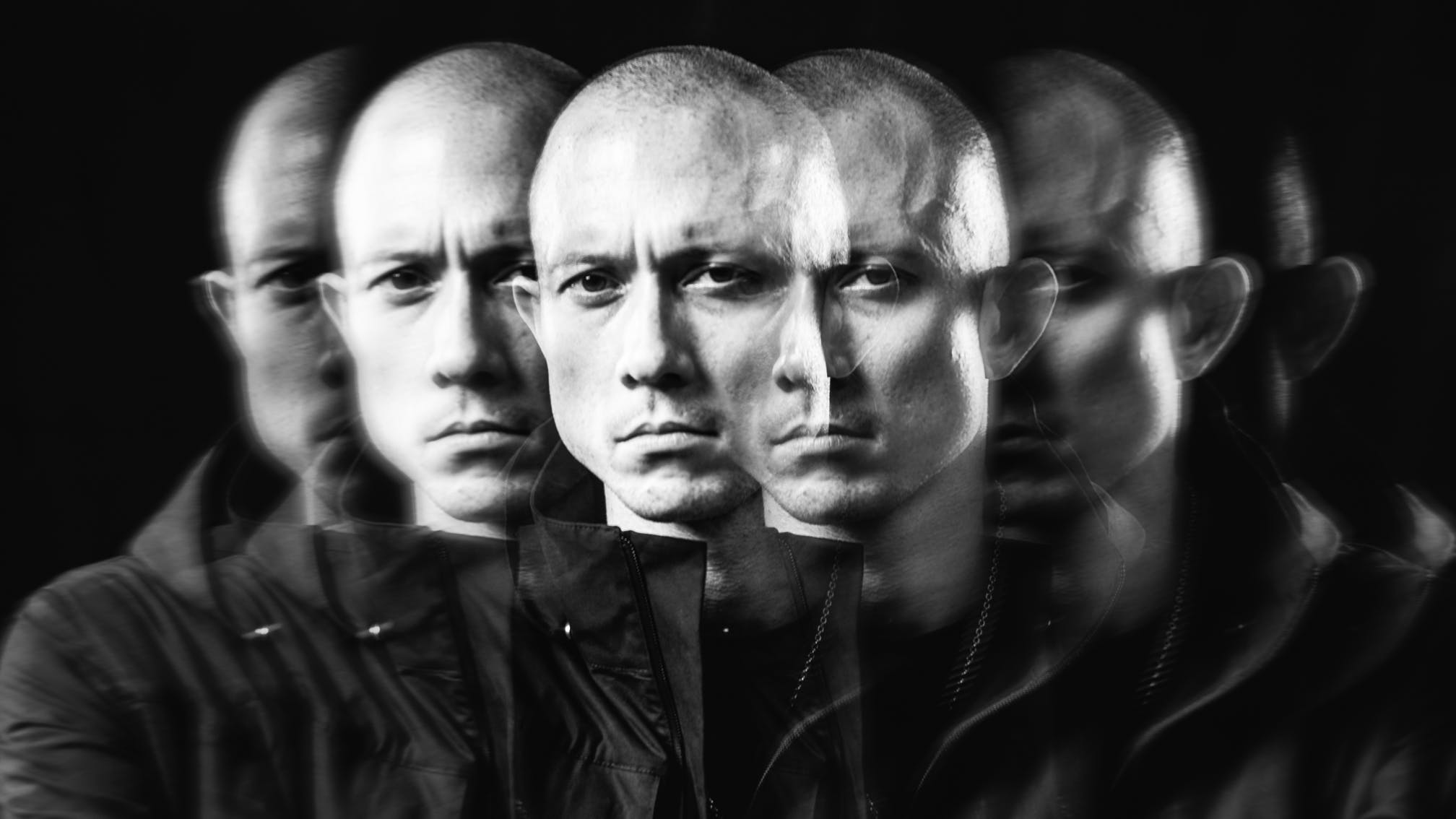 Having been together for over 20 years now, it’s easy to forget that when Trivium first started life, frontman Matt Heafy was only 13 years old. Now 35, the release of 10th full-length In The Court Of The Dragon seems like the perfect opportunity for Matt to relive the story of the Florida metal icons in 10 songs – charting their rise from Metallica-covering schoolkids in a Battle Of The Bands competition to the metal titans they are today.

An intense battle anthem of emotional turmoil, this song captures the essence of Trivium’s earliest days.

“This is the oldest song on the record. I remember my history teacher saying to me in middle-school, when we were supposed to turn in the setlist for Battle Of The Bands, ‘Do you think they’re going to be okay with you playing a song called My Hatred? In this climate?’ But it’s always this climate. Anyway, I joined Trivium at 13 through a tryout song: For Whom The Bell Tolls by Metallica. Our original singer wanted Trivium to be an industrial band like Skinny Puppy, Nine Inch Nails, Ministry, Rammstein, but we wanted to be a metal band. So he said, ‘Let’s split the songs in half, you guys keep the band name,’ and he left. This song was the first time I was able to really flex my muscle of who I am as a songwriter.”

Would Trivium still be here today if it weren’t for this song? Probably not…

“This is basically the song that changed our lives. When we did the Blue Demo [2003’s Caeruleus], we had the same webmaster, to use the old term, as In Flames. He passed the Blue Demo to Jesper [Strömblad] from In Flames – In Flames were basically one of the reasons we existed – who held up the Blue Demo with the horns in a photo. That got us signed Lifeforce Records. Then Roadrunner Records contacted us by way of my dad, who was manager of the band at the time. Monte Conner [Roadrunner’s former A&R/vice president] said, ‘You’re not there yet, but I’m very curious to see where you go in the future.’ And my dad, who’s a very savvy person, said, ‘That’s a sign. We’re not going to wait for this next record, we’re going to do this right now.’ So we went to the studio and I wrote Like Light To The Flies, The Deceived and Blinding Tears Will Break The Skies. We passed that three-song demo onto Roadrunner with a video for this song because we thought it was the best of the three, and Monte Conner said, ‘I want to sign you guys right now!’ So my dad was absolutely right about taking this financial gamble – I’m assuming it was college fund money or something! But it’s the song that got us signed to Roadrunner and we’re still on Roadrunner to this day.”

Arguably the centrepiece of The Crusade, this was Trivium’s way of giving the middle finger to all their naysayers.

“With the exception of the UK on the Ascendancy record, we weren’t really in magazines, we weren’t given awards, we were never really the hype band. But the UK was absolutely in love with us. I looked to the rest of the world and saw bands who were like, ‘Who the hell are these young kids saying they’re going to take over the world? Why do they think they can do this?’ and people saying, ‘This isn’t a metal band!’ And there’s me thinking, ‘I grew up metal! I just like to do it differently. I like to dress differently. I don’t want to look how I’m supposed to look.’ So I made the conscious decision to make sure the next record had none of the elements of Ascendency whatsoever – no breakdowns, no screaming, no double bass. It’s going to be a classic thrash record to show these people that don’t think we’re metal that we’re metal. Whether they liked, loved or hated the rest of the record, everyone thought this was a good song. It’s also one of the most successful videos we’ve done – ironically against Anthem (We Are The Fire). Anthem was incredibly expensive, we used one of The Offspring’s video directors, it took like 36 straight hours to shoot and cost multiple hundreds of thousands of dollars. And Becoming The Dragon was, I think, about $3,000 and filmed in a guy’s garage with some blankets on the walls.”

Five seconds shy of 12 minutes, this is one of the longest songs Trivium have ever made – and demonstrates perfectly how they put no constraints on their music.

“This track clocks in at about 12 minutes and is both a fan-favourite and one of my personal favourites. While Trivium is a very collaborative effort nowadays, this is the song that I’m most proud of that I essentially fully wrote. It’s one where I took in this storytelling style that I see nowadays in In The Court Of The Dragon and A Crisis Of Revelation – stories that, as Paolo [Gregoletto, bass/backing vocals] quoted to me, are us writing our own mythologies.”

An intensely dark version of the band, with a video inspired by… Deliverance?

“When Paolo first wrote the demo for this song, he really wrote it as a joke, as this weird song about Colonel Sanders from KFC. But he played me this thing and I was like, ‘This is incredible!’ We did this trip down to Bell, Florida, which looks like Deliverance / The Walking Dead. People discount how scary Florida is. You think of the Slipknot Iowa record and it’s like, ‘Okay, that’s scary, Iowa is a scary place,’ but Florida is really scary too. So we went to Bell, Florida, and I was the most ethnic thing they’d ever seen. We’re in this little canoe thing and the engine broke so we had to get to this weird boat gas station, and the surrounding area was just this really scary forest. In Waves delves into the wooden thing, and when we think of a lot of horror films that we love, or these cool mythologies, a lot of them are in the woods. Black metal logos are always wooden looking, and we started delving heavily into visuals and thinking about them as much as the music.”

The band’s first big hit in the U.S., Strife was the product of an organic songwriting process.

“This album was where the U.S. finally started paying attention – because of this song. We took a bold and daring move that people were a little skittish about by working with David Draiman from Disturbed. We lived in his home for about six weeks in Austin, Texas, and it was an amazing time. We ate a lot, we worked out a lot, we hung out a lot, we watched a lot of UFC in his theatre room and we recorded a record. Corey [Beaulieu, guitar] actually wrote the very catchy chorus vocal melody as a guitar part, and David was like, ‘That’s the vocal part!’ and that’s how this song was made.”

Eerie and foreboding, this track saw Trivium reinvent themselves due to the fact that Matt couldn’t scream.

“I feel like we put constraints on ourselves with Shogun, In Waves and Vengeance Falls, but with Silence In The Snow, there was a natural constraint built in because I’d just blown my voice out in 2014. I thought I’d never sing or scream again. We determined that I’d been singing and screaming wrong my entire career so I had to relearn everything. I was a couple months into relearning it when it was time to make another record. This song was our first Top 10 single in the States and I remember the producer who did this record said it would never be a single. We said we wanted to shoot for this and we were correct. Sometimes it’s right to go with your gut against the experts.”

A return to the carefree attitude that defined their early songs, this is Trivium at their most unrestrained and unfiltered.

“For a long time, I was riding this wave and not really thinking about it as much as doing it. And I stepped back and looked and wondered, ‘What did we do on Ascendency that was different?’ And we were in a room together and I was singing and screaming and writing this stuff improvisationally and made exactly what we wanted to hear as fans of music. We didn’t care what anyone thought. Because on Crusade I cared – these people said I didn’t look or sound metal, so I was like, ‘I’m going to show them I know metal better than they do.’ So with this album we got back into the headspace of just making the music that we wanted to hear, bringing that local band innocence back into our mentality where we weren’t making it for anybody other than ourselves. This is Trivium on all cylinders – the record that truly summarises albums one through seven all in one. It’s the best ingredients of all them.”

With Matt able to scream again, the title-track of their ninth album mixed crunching riffs and harsh vocals, but with an undercurrent of vulnerability.

“The world looked like it was about to shut down and we’re told, ‘We don’t think you should release this because you’re not going to sell anything.’ We said, ‘We don’t care, we want to give people this release, let’s make this record, let’s release this thing for free – we don’t care!’ This is a song that I can truly see ingredients from Ember through to Shogun on – I can see where black metal can finally rear its ugly head in our band and make a little more sense.”

Portentous and vicious in equal measure, this song shows how Trivium have lost none of their bite over the years.

“This is me speaking very constructively and critically – this is me as Matt outside of Matt from Trivium – but it’s rare that on the tenth record of a band’s catalogue people will be saying, ‘They just made their best song.’ Usually, their best stuff is third, second record, 10 or 20 years ago, but this song was heralded as that. This record, we went into the same process where we wanted to make the kind of music that we want to hear, that we feel like is missing from the world. We showed up to the jams incredibly prepared, but it wasn’t carefully calculated. The chorus to this song is the very first words I ever sang out loud out of nowhere with no preparation. It just came out.”

In The Court Of The Dragon is out now via Roadrunner.