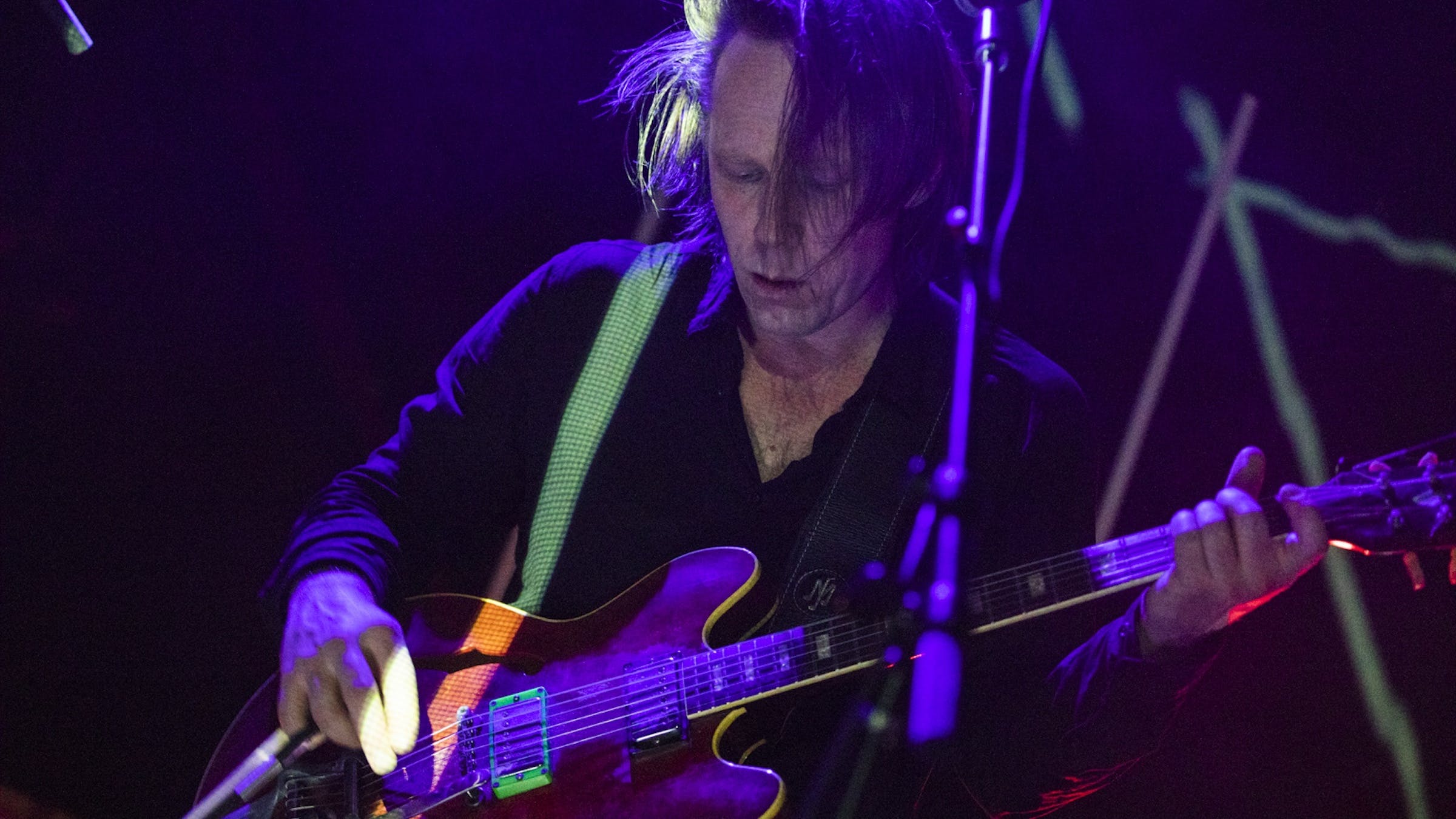 The crowd piling into New York's Irving Plaza this Thursday night looks as though someone took random handfuls of New York’s underground subcultures and tossed them together. There are metalheads in patched-up vests, art goths in form-fitting black, hardcore dudes in flannel and caps, white-collar rockers in rings and bomber jackets, and every other shade of punk and weirdo out there shuffling up the stairs and shelling out $10 per beer.

The variety of the crowd speaks to the journey taken by tonight’s sole performers. Though Ulver started out as an elemental black metal band shortly after Norway’s famed second wave, they've progressed over time, from ambient noisemakers to ethereal pop artists to the throbbing, seductive experimental goth outfit they are now. And tonight, at the first American show in their 25-year history, fans of every incarnation of the band have come out to see them.

Doors are at 7:00pm, and when the lights finally go down a little after 8, Irving's ballroom is tightly packed with sweaty bodies. Guitarist Stian Westerhus takes the stage with his ax and an instrument bow, and sporting an entranced look on his face saws eerie, echoing notes into the air that sound like a ghost weeping. As he brings the dissonant groaning to a crescendo, the other members of the band step out of the shadows, and the stage blooms to life around them as they kick into Nemoralia, the pounding first track from last year’s The Assassination Of Julius Cesar.

Thus begins a bass-heavy goth night which both leaves its crowd entranced while still forcing them to move. Even the savvy seen-it-all New Yorkers in attendance can’t stop themselves from rocking back and forth as one to the steady industrial rhythm and the unearthly flourishes of electro-pop that line it. One dude screams, “PLAY SOME BLACK METAL!”, and everyone else chuckles, but the quip is quickly swallowed by the music's power; no one here seems all that upset that Ulver is only playing their newer stuff. Instead, they are simply hypnotized by frontman Kristoffer Rygger as he excitedly moans into the mic and beats ritualistically on his drum pads.

The night's stage show perfectly matches Ulver’s atmosphere. Rather than an overhead light rig, the band are illuminated by LED posts stationed on either side of the stage, that ripple and flare with violet, red, and cold robotic blue. Behind them explodes a projection full of intertwining geometry, ancient Roman symbols, and pulsing lines of light. The imagery means that the band doesn’t have to vamp or play to the crowd, and instead crank through their set like cogs inside of some huge, sexy android. The effect leaves every member of the crowd reeling, grinning and lurching to the deluge of shadowy baby-making music.

Only two songs in the set aren’t from Julius Cesar -- Bring Out Your Dead, from 2017’s Sic Transit Gloria Mundi EP, and an encore of The Power Of Love (originally by Frankie Goes To Hollywood, cementing Ulver as the kings of the curveball). Outside, it pours rain, but the crowd is so full of delicious goth excitement that they greet the downpour head-on and head out into the night with laughter on their breath.