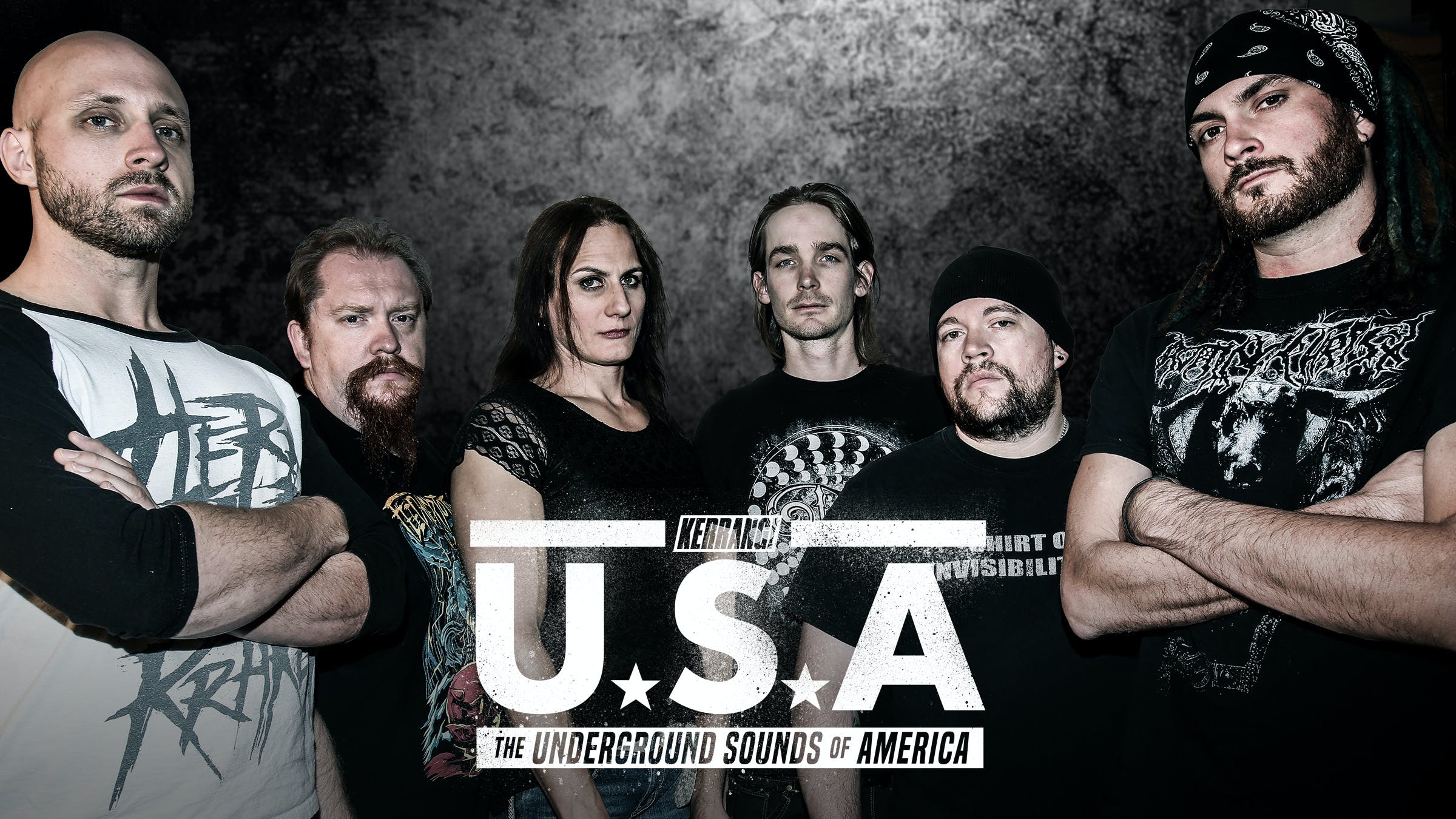 Walking Corpse Syndrome are more fun to listen to than your average band that sounds like a sentient meat grinder. Sure, the Montana-based six-piece has all the muscular riffs, bellowed vocals, and deafening blast beats one normally finds in extreme underground metal -- but their industrial overtones, bouncing rhythms, and tasty solos make them far more approachable and interesting than a typical chug-along OSDM act. The result feels like metal focused entirely on core values of sonic fury and rabid enjoyment. Calling Walking Corpse Syndrome “metal metal” sounds basic as fuck...but it’s what comes to mind.

Maybe that’s the greatest upside of living in Montana: with so few people in such a big state, it makes no sense to isolate yourself any further by getting precious over niche subgenres. You’ve just gotta love it loud.

“Montana’s like one town with really long roads,” says Matthew Bile, Walking Corpse Syndrome’s founding guitarist. “There’s just over a million people in the fourth-largest state in the country. It reminds me of reading about how the grunge scene in Seattle formed in the Eighties. Seattle was far enough off the beaten path that no one toured there, so they had to foster their own culture. That’s what it’s like in Montana. You’ll have a bill full of all kinds of metal and hardcore. We’ll play with punk bands. We never experienced that punk/metal divide. Growing up Billings, I’d go to shows where there’d be a punk band and we’d be circle-pitting, and then a metal band would play and we’d switch over to a mosh pit.”

Formed in 2007 by Bile and drummer Noktis after their last band went belly-up, Walking Corpse Syndrome have defied expectations at every turn. The sound is unrelentingly straightforward, but full of strange experimentation. They exist off the general metal map, but have thrived as local heavyweights for over a decade. Even their name, which sounds like an obvious zombie horror term, is a reference to a rare psychological disorder causing the sufferer to believe he or she is dead.

Bile’s the same way: on the phone, the guitarist is a happy dude who laughs a lot and talks about how great it is to be a dad. But as we talk, he also expresses a dark outlook on life, the world, and society at large.

“Maybe it’s the fact that we live at the edge of the world,” he explains. “We have a lot of preppers here—like, people who are preparing for the end of the world or the breakdown of the government. They build bunkers in their backyard and stock up on weapons. People here are infatuated with the post-apocalypse. It’s kind of a thing that permeates the culture.”

As America slips deeper into a political malaise, Walking Corpse Syndrome’s music feels more relevant than ever. Today, Kerrang! is throwing a spotlight on the band’s oft-ignored corner of America with an exclusive premiere of their new track, Wolf In The Nursery, from their upcoming new EP, Embrace The Suffering:

While you’re headbanging to that, get to know WCS’s Matthew Bile, as he responds to five burning questions we’ve been dying to ask:

1) What are your five biggest musical influences?

2) What album, song, or part of a song would you play for a new listener to introduce them to Walking Corpse Syndrome?

I’d probably say Angel Flesh. Just get them to that first hook.

3) What, other than music, are you most passionate about?

I love writing, and I love exercising. I write dark stories. Sort of the fictional and poetic equivalent of Walking Corpse Syndrome. It’s better than therapy! Except that I don’t help put you back together at the end of it. That’s your job!

4) The band's name references the Cotard’s delusion, a psychological disorder. How did you come to choose it as a moniker?

[Drummer] Noktis [Frazer] and I had another band fall apart, and I guess we’re just too stubborn and dumb to quit. We were going to go forward as a two-piece and not keep any of the old songs, so we did a ton of research, and came up with, like, two hundred fucking names. But we saw "walking corpse syndrome" in reference to Cotard’s delusion, which is when people feel like they’re missing limbs, missing their soul, or feel dead but still walking around. We thought that was an apt metaphor for what we saw in the world: people sort of walking around but not really living. We knew it was a winner when we told one of our friends, and she got offended and really didn’t want us to use the name. So we knew we had to use it.

5) If WCS were to cause a psychological disorder, what would it be?

I’d want it to be like the dancing disease they had in the 1600s. It was a weird fucking disease—dancing mania, also called St. Vitus’ dance. People just start moshing and can’t stop moshing until they pass out, or die of exhaustion.

Check out the new rager from the Montana groove metal crew.