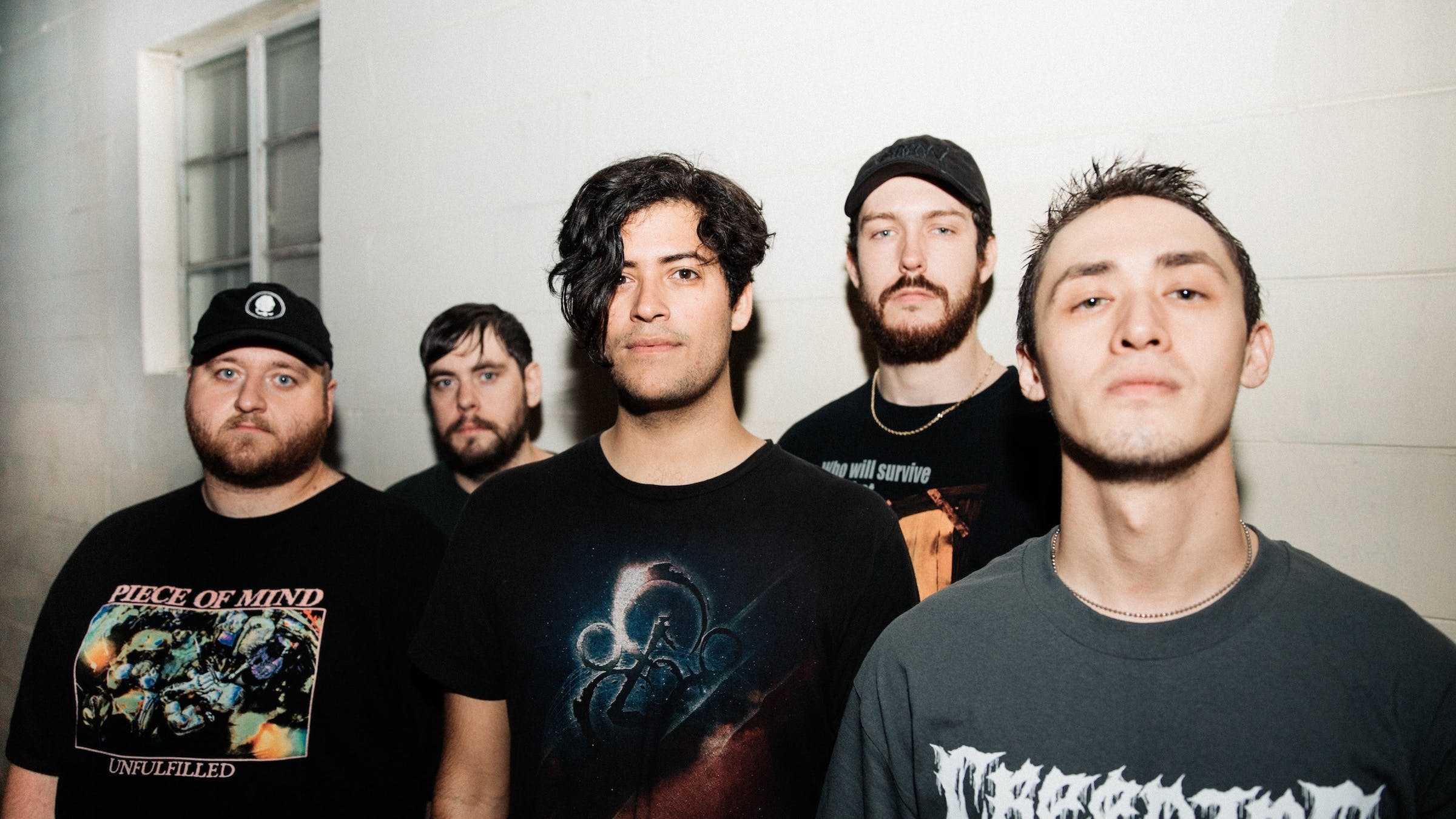 Something Vatican aren't afraid to do is show you something that might be upsetting. Last year, the Savannah, Georgia, metalcore quintet debuted the video for Thirty-One Staples, in which frontman Jonathan Whittle had his head shaved to reveal scars across his scalp caused by an accident sustained in his youth. This fearlessness in the face of their own emotions and the timidity of some viewers is reflected in their music, which spits and hisses with genuine acrimony. Now, Vatican are back with a new video from their upcoming album Sole Impulse, which presents a different, and maybe less tangible, form of discomfort.

The video, for the title track of the album, starts off as typical performance fotage of the band in a shadowy room. All at once, though, everything seems to move too fast for the format, and the image swims in pixellation. As the members blur in and out of each other, it begins to inspire a feeling of unease, as though you're watching ghosts captured on camera. The result is off-putting in an eerily familiar way for the digital age (you've probably seen the Sasha Gray gif -- it's sort of like that).

According to Jonathan, "The album Sole Impulse is about embracing your individual difference and using that to build yourself mentally and systematically. 'Sole' being one and yours, and 'Impulse' being the action of passion to gain what you desire.

"The title track reveals a strong mindset to condition myself towards remembering my roots and shifting into a higher caliber of thinking," he continues. "It's the entering of new energy. We destroy the greater things in our lives because we've found comfort in suffering and the attention it brings. Sole Impulse is the merge out by purging everything inside that weighs us down, leaving validation behind and knowing the work on your soul never ends."

Watch our exclusive premiere of Sole Impulse below:

Catch the band on tour with Sanction later this year at one of the following dates:

The Savannah, Georgia, metalcore act goes dark and jarring in their latest offering.