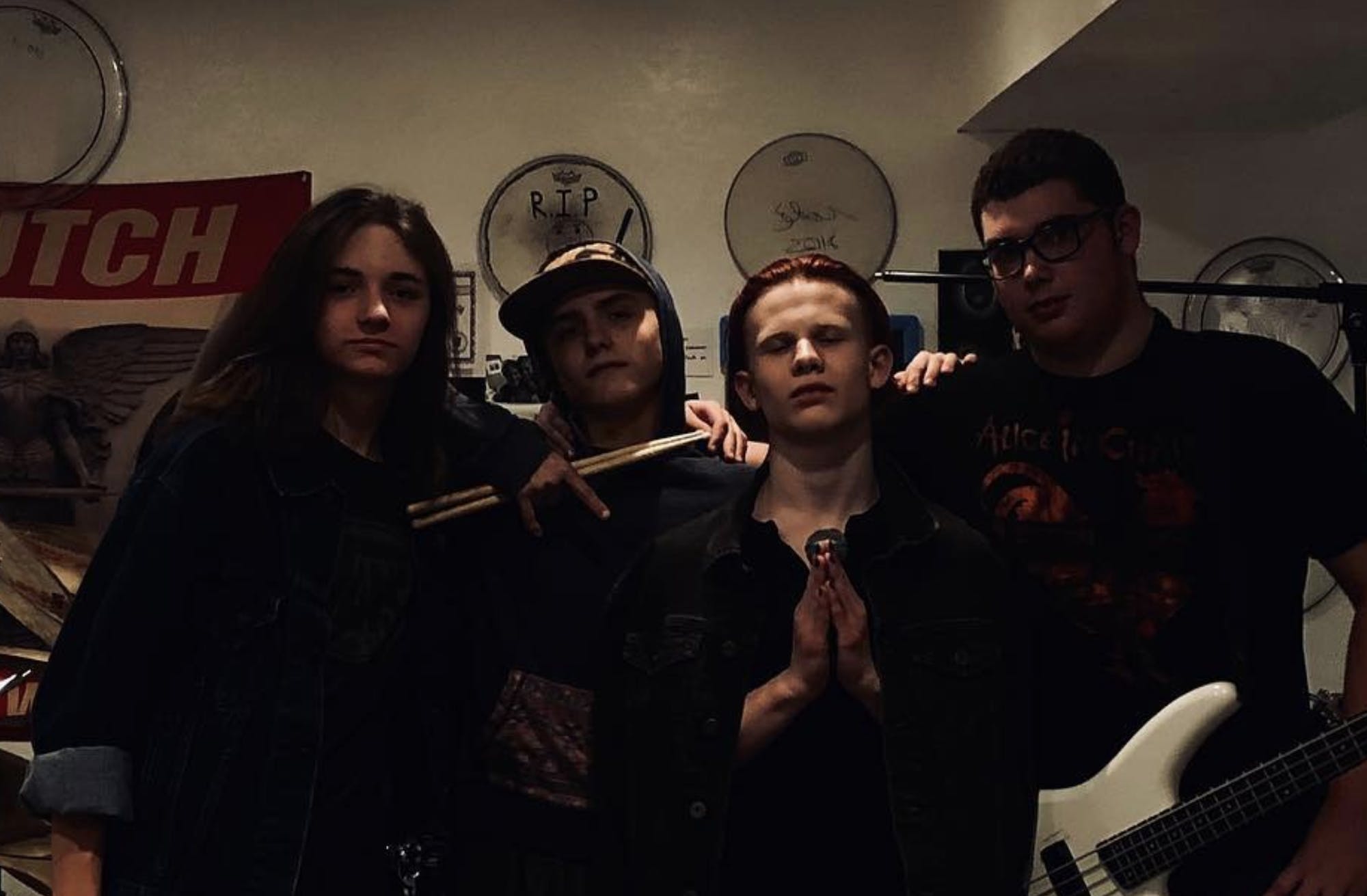 In April of 2018, the world learned that Griffin Taylor, son of Slipknot/Stone Sour vocalist Corey Taylor, and Simon Crahan, son of ’Knot percussionist Shawn 'Clown' Crahan, are in a band together. And now that band, Vended, have just announced their first headlining show.

Vended will be making their headlining live debut at Vaudeville Mews in Des Moines, Iowa, on March 8. According to their flyer, Awakening Force and Faultmine will be opening.

Read this: 12 artists you have to respect, even if you don't like them

Both sons take the same roles in Vended as their dads do in Slipknot: Griffin handles vocals while Simon drums (though Simon's drumming does not regularly involve a keg and aluminium bat… yet?). The other members include Connor Grodzicki, Jeremiah Pugh and Cole Espeland (no known relation to any members of Slipknot).

Here’s a photo of the band, taken by Simon’s sister (and Clown’s daughter), Alexandria Crahan:

In a super-sweet moment, Vended covered a few Slipknot songs some years ago. Griffin, who is 17 years old and looks a surprising amount like his dad, has also joined Stone Sour onstage for a performance of Song #3.

This only reaffirms Corey’s place on our list of the best dads in heavy metal. No wonder Kerrang!’s Chris Krovatin says, “Someday, that boy’s going to inherit the coolest, smelliest trunk of masks imaginable.”

Vended is part of a new generation of killer rock bands formed by the children of members of other prominent musical artists. Riley Hawk, son of Tony Hawk, fronts garage-punk band Warish, while SWMRS’ drummer is Joey Armstrong, son of none other than Green Day’s Billie Joe Armstrong.

“I think there’s a stigma on our generation,” Joey told Kerrang! last year. “If you speak up, you’re outspoken, and if you don’t speak up then you’re a slacker. It’s a fine line; we do what we want to do, but we put the work in to make sure what we do is accurate.

“The older generation will judge,” he added. “I think everyone should have a voice, but there are some people who like to be in the background on things, so we speak for them.”

Read this: 12 of the best nu-metal B-sides ever

Listen to Vended’s crushing new single Ded To Me: “This is a straight f*ck you!”

As they gear up to hit the main stage of Bloodstock in a month’s time, Vended have given fans something new – and absolutely brutal…