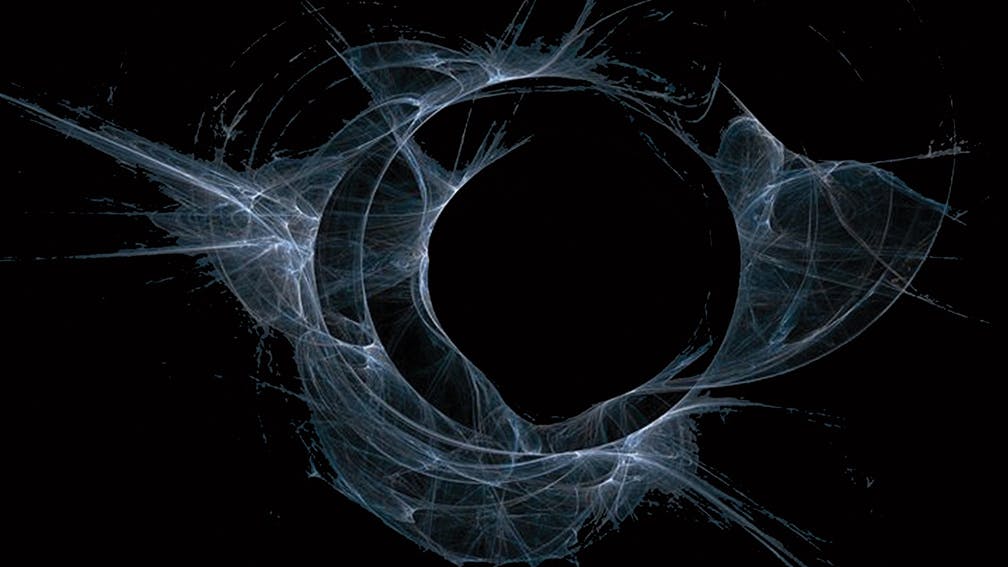 In 1982, by way of introduction to their second album, Black Metal, Geordie Satanic metal maniacs Venom recorded the sound of the door to their recording studio being defiled with a chainsaw. That the noise merged so perfectly with the din of guitarist Jeff 'Mantas' Dunn's opening riff to the title-track said much about the aggression and intensity of what Venom were doing. Riffs like a chainsaw. Stick that on your business card.

Forty years later, Venom may have split off into two bands (Venom Inc feature Mantas and, until 2018, drummer Tony 'Abaddon' Bray), while the originally-monikered band have singer/bassist Conrad 'Cronos' Lant), but a similar dedication to volume and violence remains for both. Here, on their second album, Venom Inc burn with a satisfying intensity that upholds their good (bad?) name.

The out-of-control wildfire of their early works may be somewhat more contained and properly directed these days, but There's Only Black (named for a near-death experience Mantas went through) is still a force of feral metal. As well as the guitarist still thrashing like a maniac - particularly on the title-track and Infinitum - singer/bassist Demolition Man is a hulking, formidable presence, roaring like an angry bear, a fine balance of muscle and mania. Sometimes he has the attack of High On Fire's Matt Pike. At others, such as the slower, groovier Tyrant, there's a quality not a million miles from Killing Joke's Jaz Coleman at his most pissed off. Meanwhile, the riffs occasionally take in shades of that band, as well as the odd, strangely rousing Type O Negative-ish moment.

It's a proudly heavy, relentlessly aggressive work from a band with a reputation to uphold. Deadly sharp and always on the attack, the studio door probably felt under threat the whole time they were recording. Rightly so.

For fans of: Slayer, Midnight, Testament

There's Only Black is out now via Nuclear Blast