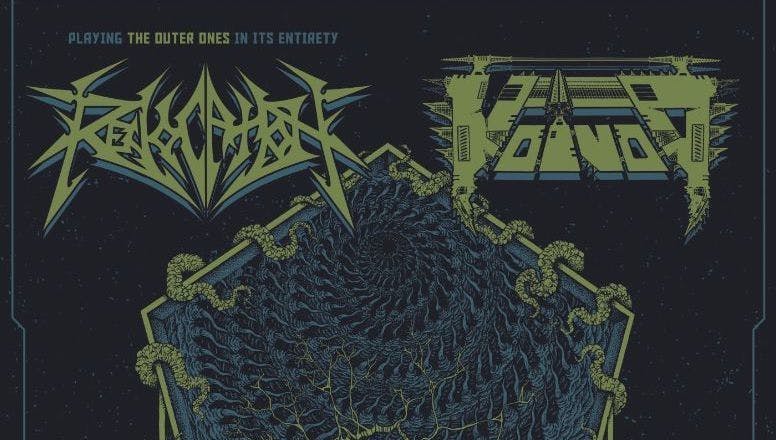 If you didn't catch British up-and-coming doom act Conjurer on their recent Kerrang!-sponsored North American tour with Rivers Of Nihil, then you're in luck. It's been announced that the band will tour North America this fall as part of a pretty massive bill, alongside Voivod, Revocation, Psycroptic, and Skeletal Remains.

The tour kicks off in Canada this September (makes sense, given that Voivod are Canadian) and ends the next month in Brooklyn. Revocation will be playing their album The Outer Ones in its entirety, which should be rad.

The tour also features stops that coincide with Municipal Waste and Napalm Death's recently-announced tour, so get ready to thrash. If you're an American or Canadian metalhead, this is pretty much a tour you can't ignore, given that every genre you might care about -- from wiggly prog-thrash to grueling doom-death -- is covered.

Make sure to have your face grated off at one of the following dates:

* = No Voivod
**= Plus Municipal Waste, Napalm Death, Sick Of It All, Take Offense

Meanwhile, if you're on the fence about Conjurer, check out their full set from the sold-out closing show of their tour with Rivers Of Nihil below. The set was played at legendary Brooklyn metal venue Saint Vitus Bar, and is akin to watching a planet collapse: