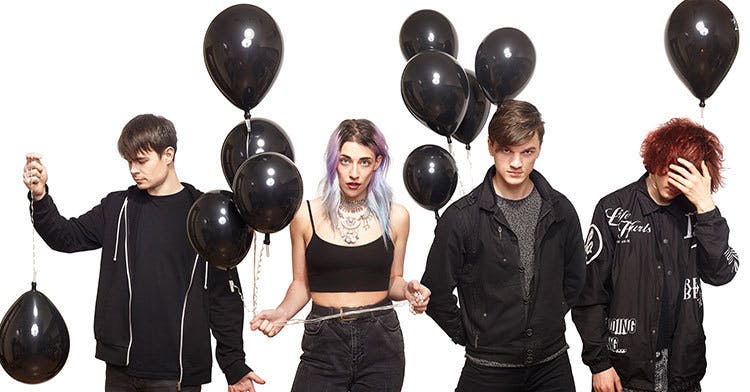 Vukovi have revealed the behind-the-scenes video for single Animal, exclusively with Kerrang!

Animal is set to officially drop on May 13 through Lab Records but you can hear it early by scrolling down and watching the video. Don’t forget to buy/pre-order the track from the following link: https://itunes.apple.com/gb/album/animal-single/id1092632115?app=itunes

Talking about the track, vocalist Janine Shilstone said: “We had a very small budget to work with for Animal, and some big ideas! But in true VUKOVI fashion we made it work. The spinny camera effect cost us nothing instead of hundreds of pounds to rent. Andy, who filmed it, made the contraption with his dad from a fish tank-engine-thing! The only downside was we couldn’t change the height of the contraption so my back was in bits by the end of the day from hunching over the camera for close ups. But hey, that’s show business, right?”

Check it out below and let us know your thoughts in the comments section below.

Check out the video for Animal below:

Catch Vukovi live at the following:

VUKOVI drop fierce new single KILL IT: "A battle cry to the war that’s going on inside my head"

Listen to VUKOVI's powerful new single KILL IT – a song that Janine Shilstone calls "a war cry to my OCD demon".

Listen To Vukovi's New Track All That Candy

Bring Me The Horizon have recruited Sleeping With Sirens for their only UK show of the summer.