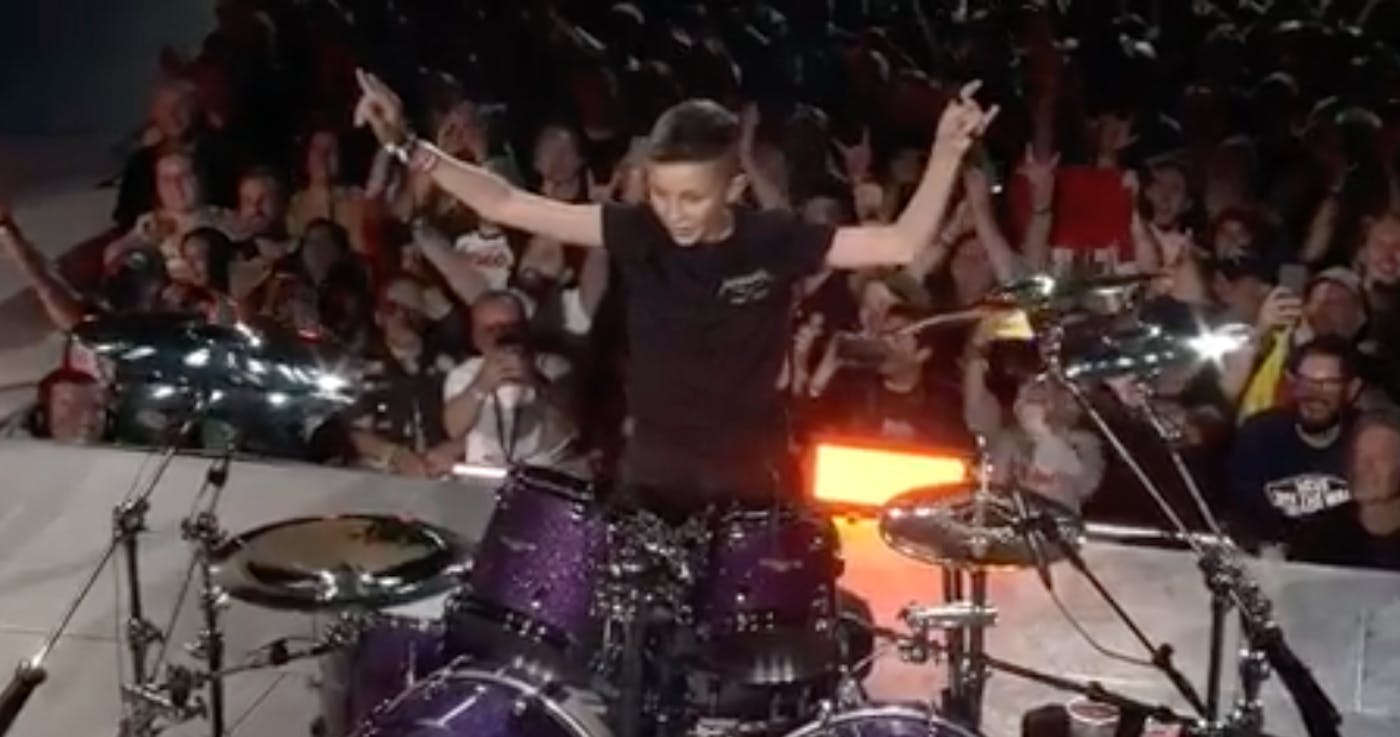 Metallica shared something absolutely heartwarming on their Instagram today. In front of tens of thousands of people at the Johan Cruijff Arena in Amsterdam, a Metallica fan named Evan, who was just turning 13 years old, was invited up on stage to play drums during the Kill 'Em All classic Seek & Destroy.

The kid crushed it, as you can see below:

Evan gave an emotional response in the comments, writing, “OMG GUYS THIS MEANS THE ABSOLUTE WORLD TO ME I LEFT SCHOOL OPENED UP INSTA AND JUST CRIED MY EYES OUT THANK YOU SO SO MUCH”

Evan, keep up the good work, and never abandon your dreams. Obviously, you're going places.

You may not be as lucky as Evan and end up on the stage, but either way, you should catch Metallica when they play with Slipknot this fall on their Australian tour. The dates are as shown below:

In a recent interview with Kerrang!, Metallica's Kirk Hammett revealed which solo he was most satisfied by, saying, “I was thinking about the solo in The Unforgiven. I remember showing up to the studio that morning, thinking I was going to play all these certain licks and then [Black Album producer] Bob Rock’s going, ‘That’s fucking crap.’

"Then it was one of the very first times when I said, ‘Just fucking hit the record button,’ and shit flowed out," he continued. "I prefer to record my solos that way now because I like the spontaneity of it; that’s how that solo was pretty much created.”