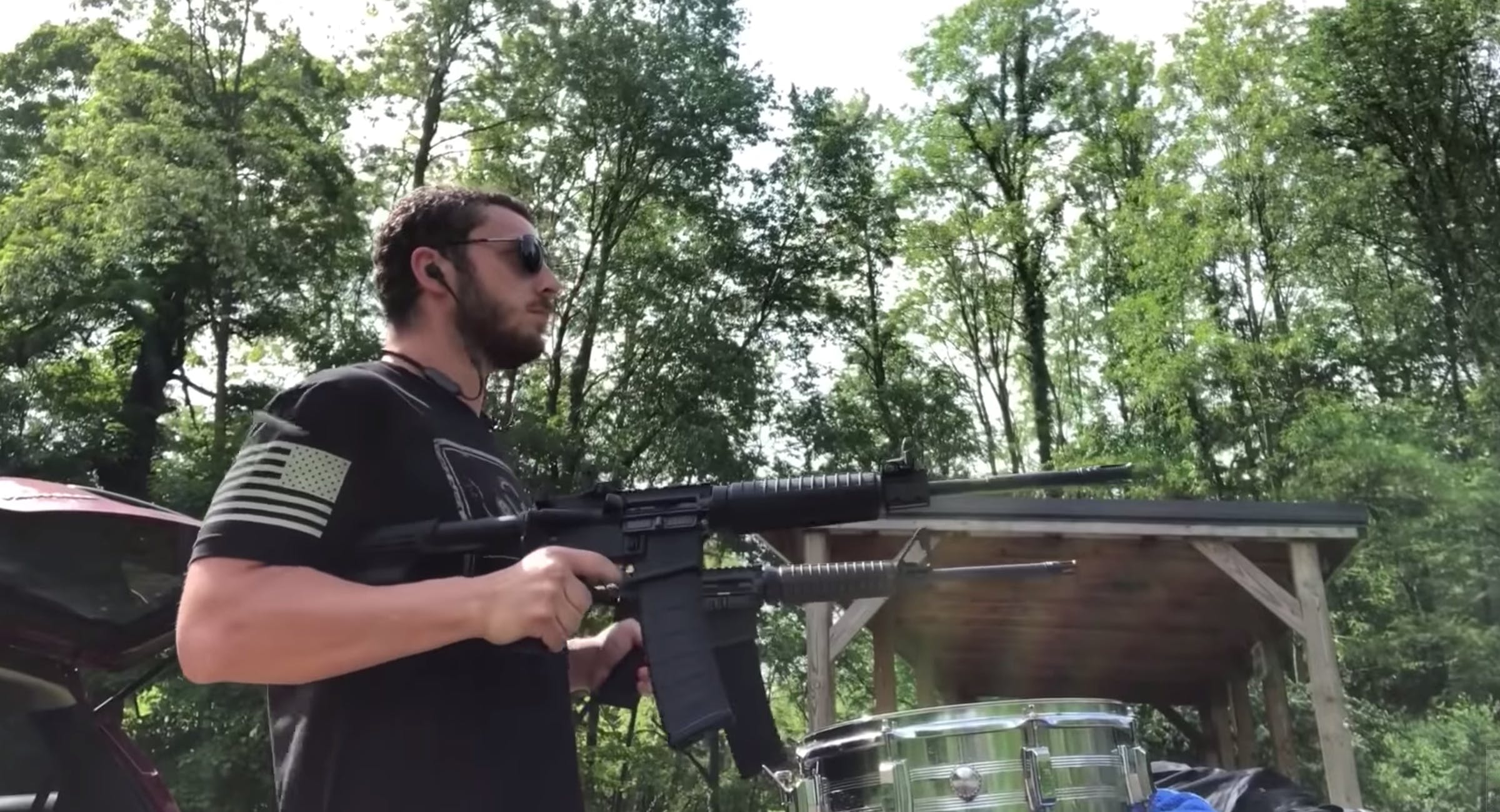 Ever hear the breakdown of a metal or hardcore song and think, “Man, these drums really sound like guns. That’d be really insane if someone actually played this with real guns”?

Well, now it’s a reality: A dude who goes by the name of “Gun Drummer” on YouTube who does covers of metal songs -- except instead of drums, he uses semi-automatic M16 rifles. His past videos include Laid To Rest by Lamb Of God, Reign Of Darkness by Thy Art Is Murder, and Behold The Crown by After The Burial. In his latest video, he has covered covered the breakdown of Slipknot’s Psychosocial

Gun Drummer also has a Patreon account, so if you want to see him do more of these wild and crazy videos, you can become a patron. Perks include custom merch, live chats, and blooper reels. Though, if we’re being honest, we don’t really want to see many bloopers involving semi-automatic weapons. Be careful, Gun Drummer man.

Speaking of Psychosocial, Slipknot played it when they headlined Download festival last weekend. Be sure to check out all of our Download coverage in our latest issue.