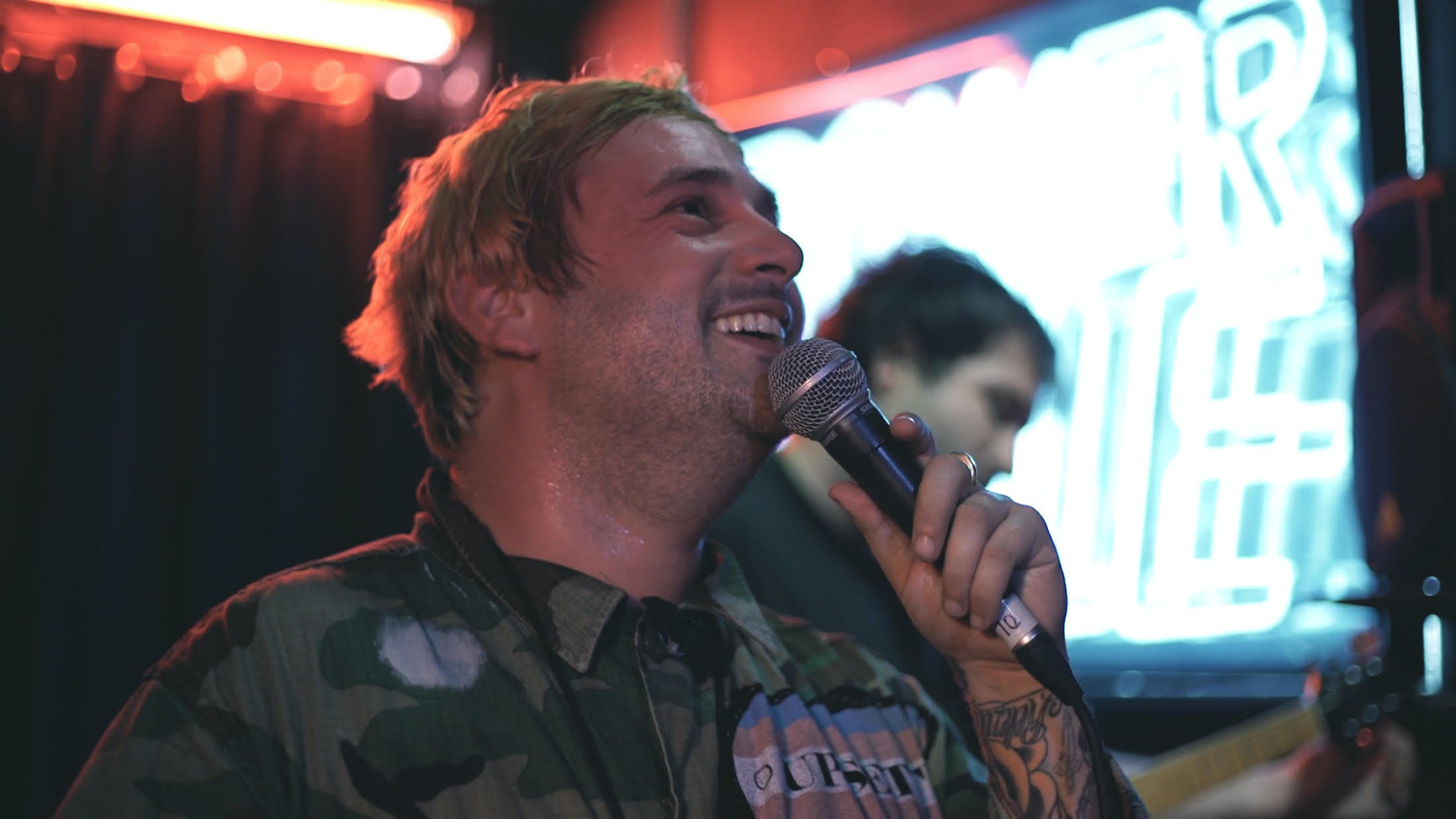 Late last month Californian punx Culture Abuse got off a transatlantic flight and headed straight to Kerrang!’s favourite dive bar, Blondies in Clapton, to play a live set in front of 50 like-minded souls.

Arriving in East London and still smelling of their plane journey, the San Francisco five-piece chowed down at a nearby Turkish restaurant. Fully restored by wraps and beer, they returned to their van to fetch a set of Culture Abuse balloons, blowing then up with genuine gusto and glee. Then, the fivesome roared into Blondies to deliver a raucous set that began and ended with a couple of cover tunes made famous by The Clash (Police On My Back and Police And Thieves, to be exact).

Sandwiched in-between were tunes taken from the band’s acclaimed second full-length offering, Bay Dream, which is out right now on Epitaph, and showcases exactly why the band happen to one of label owner Brett Gurewitz’s favourite bands. They happen to be one of ours too, and you can hear the album below and watch their exclusive K! Pit set tomorrow when we stream it live via Kerrang!’s Facebook page at 7pm (GMT), 3pm (EST), 12pm (PST).

San Francisco punks Culture Abuse have decided "to no longer continue with this band" following allegations of sexual misconduct regarding frontman David Kelling.

PLUS! Enter Shikari, Bring Me The Horizon, Culture Abuse, Venom Prison, Taking Back Sunday, As It Is and LOADS more!

The Californian punx performed to 50 fans at Blondies in Clapton as part of our K! Pit series.

Been busy? Here's your weekly round-up of nonsense in one digital lump.

Culture Abuse Release Cover Of Police On My Back

This ’60s song was made famous by The Clash.

Punk rock and a free guitar: not a bad deal!