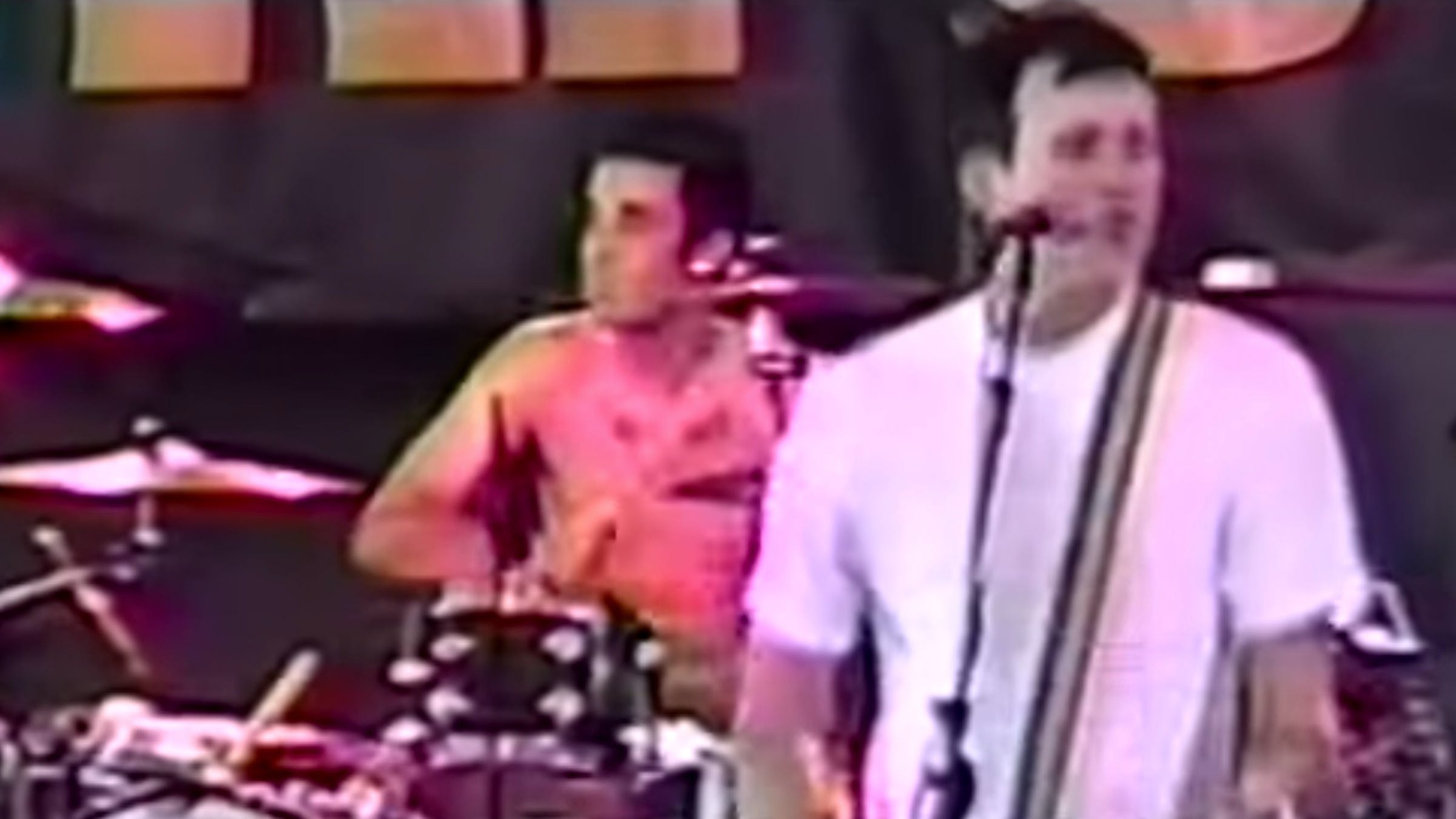 Like many great bands, pop-punk trailblazers blink-182 have had personnel changes over the years, but are best known for one specific line-up: Mark Hoppus on bass and vocals, Tom DeLonge on guitar and vocals, and Travis Barker on drums. That said, Travis wasn't a founding member of the band, and only joined in 1998 after drummer Scott Raynor left. Now, you can watch footage online of Travis' first show with the band, all the way back in '98.

As you can see from this video, it was a simpler time. blink-182 were still a pretty huge band, but hadn't yet vaulted to the levels of rock stardom they now occupy, meaning you could catch them playing Josie in Baltimore at a radio station's summer jam show. Barker looks less tattooed, and super eager behind the kit. But more than anything, this footage is heavy with the vibes of early '90s pop-punk, from the toilet paper that's thrown everywhere to the punks with spiky hair skanking onstage before leaping into the crowd. Ah, what a time to be a teenager with a wallet chain!

Watch this legendary show below:

Speaking of that classic line-up, Tom DeLonge has said that he's interested in returning to blink-182, and he has apparently spoken to Mark Hoppus about it.

“I get it -- trust me, I love blink and it’s given me everything in my life,” Tom told Kerrang! “And, you know, I plan on doing it in the future. But right now there’s just no way -- I have way too much going on because Angels & Airwaves is a part of To The Stars, and that’s why it works.