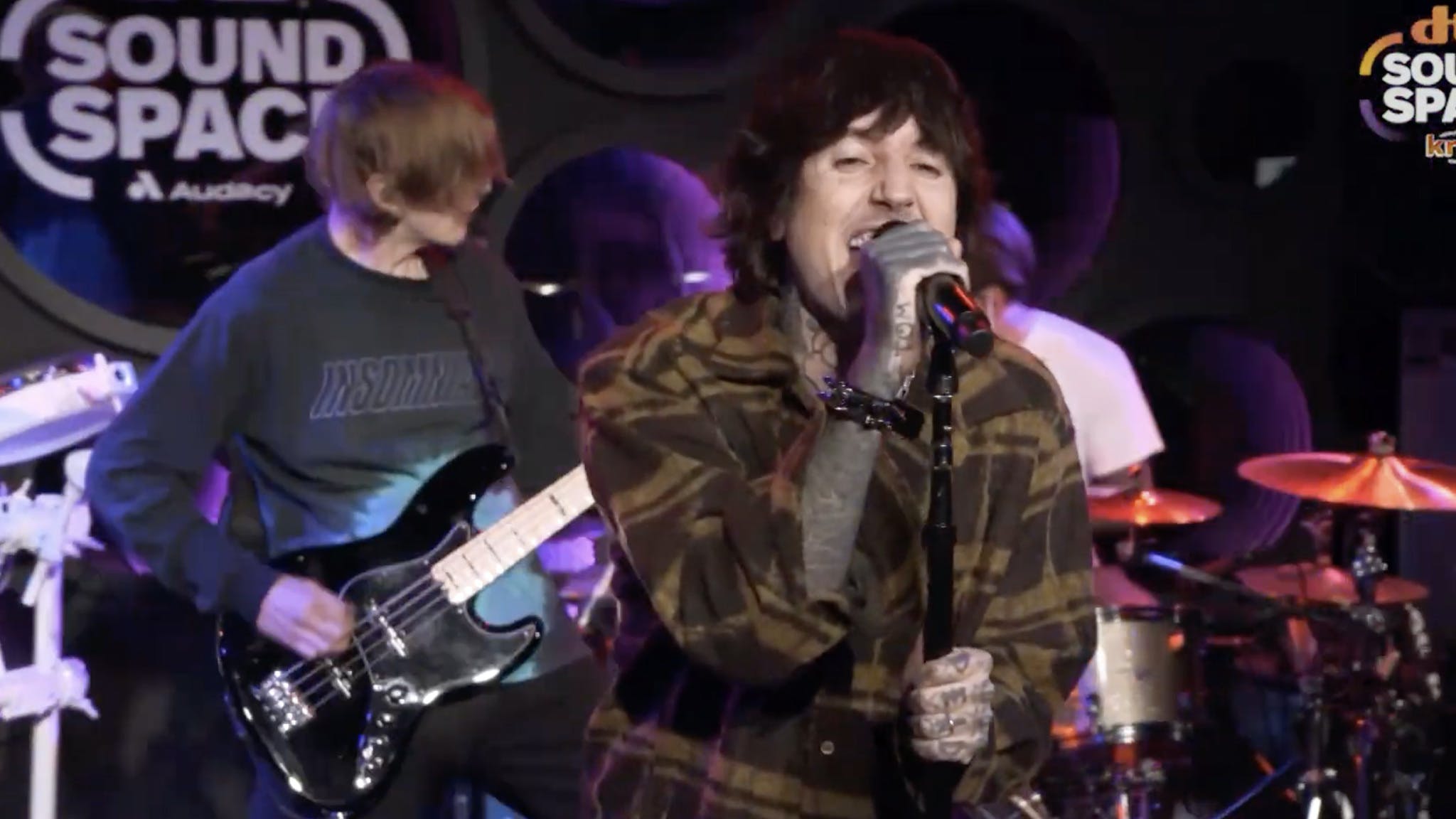 Legendary California radio station KROQ have shared a brand-new live performance by Bring Me The Horizon, filmed at their DTS Sound Space.

The intimate Los Angeles show has Horizon performing four tracks for a select group of lucky fans, with the band airing Teardrops, Medicine, latest single DiE4u and then closing with a "mini mosh-pit" for Throne. Spoiler: it all sounds absolutely killer.

After the set the band then answer some fan and interview questions, discussing their evolution, collaborative work and more. Excellent stuff.

Speaking to Kerrang! last year about where their new music is headed, Jordan Fish revealed that the "bones" of their second Post Human release are there, and it's “more influenced by emo and screamo” than Survival Horror.

“These records are about the music that we grew up listening to in the order that we discovered it,” he explained. “We all started listening to Linkin Park, Deftones and Slipknot. Then we moved into that more emo/post-hardcore sound of bands like Glassjaw. It’s still a rock record at its core: there’s still heavier stuff and big songs on there. DiE4U is a good glimpse of the direction it's going in.”

As for a timeline for release, Jordan stated: “I’d hoped to have all four Post Human records out in the space of a year, but that’s proven to be absolute fantasy. We 100 per cent need to have this out by the time we get to Reading & Leeds, though. They’ll make us (laughs)!”