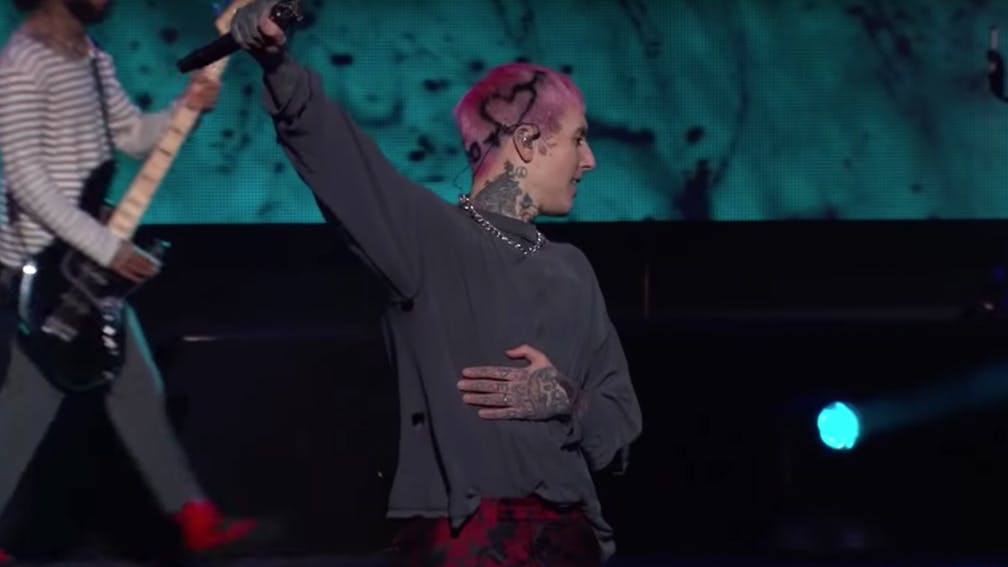 While last week brought with it the unfortunate news that Oli Sykes has ruptured his right vocal cord, there is at least some positivity fresh from the Bring Me The Horizon camp: two awesome live videos from their set at Jimmy Kimmel Live! have hit the internet.

The band performed both medicine and mother tongue at the event on Valentine's Day, though they were seemingly without bassist Matt Kean; instead, FEVER 333's Stephen Harrison filled in. Check out both clips below, and stay tuned for more info on Oli's recovery.

Horizon were due to play London's Dome tomorrow for the BRITs Week with War Child, but it has been postponed until May 29. Tickets remain valid.

Catch Bring Me The Horizon headlining London's All Points East in May – with an absolutely incredible, band-curated undercard.

Head on over to Allpointseastfestival.com for more info, and grab your tickets now – general admission costs £59.95, while All Points VIP is available for £99.95.

Jimmy Kimmel Live!Bring Me The Horizon