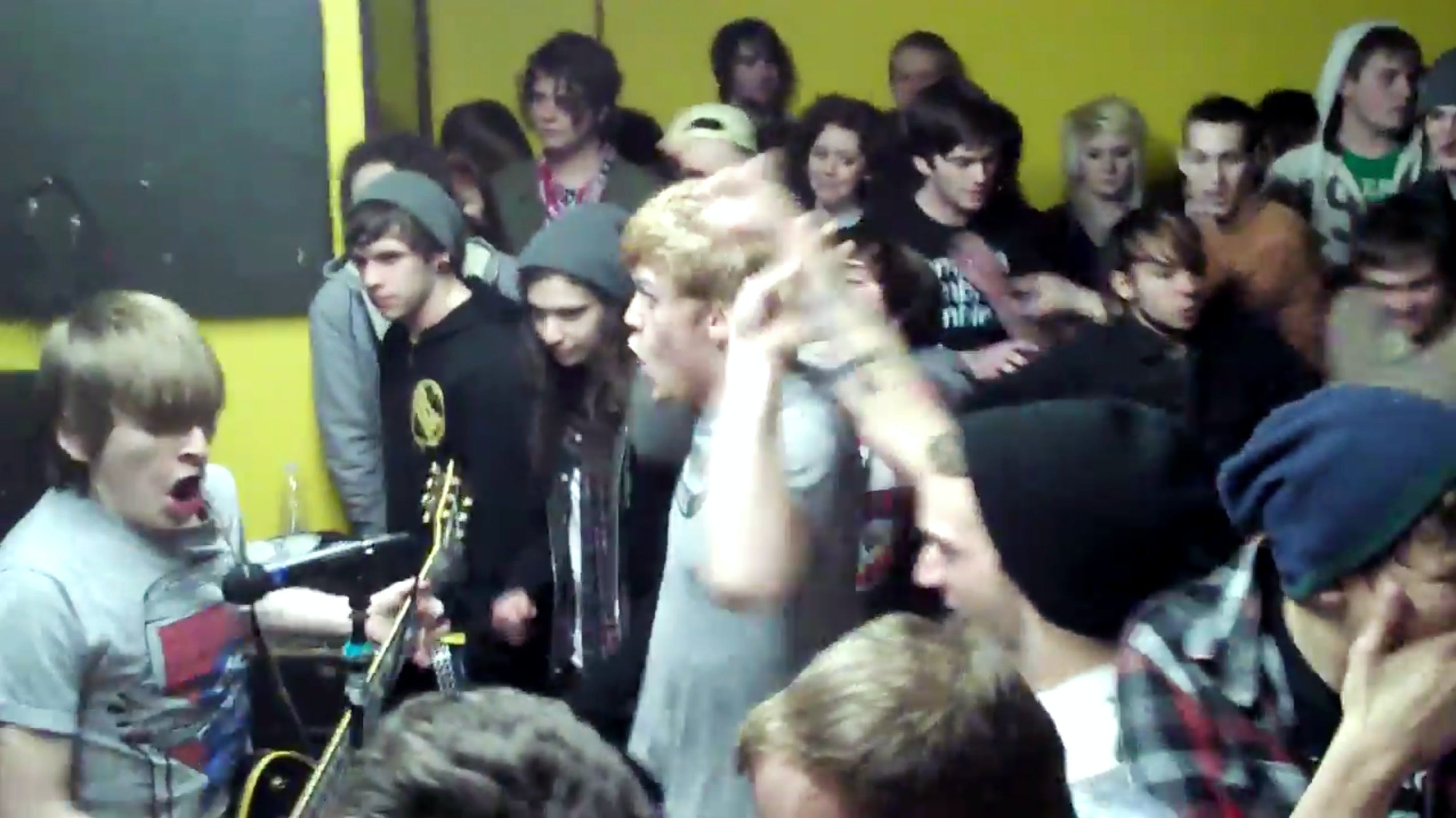 Time spent in the music industry operates by dog years principle: every year feels equally like seven normal years and a hilarious blur of knocking stuff over and getting in trouble. And while you might be some fanboy in the front row right now, you might be getting ready to go onstage at Download in a few years’ time. A perfect example of that poetry is this recently-unearthed video of Code Orange’s current bassist absolutely losing his shit at one of the band’s earliest shows.

The show in question appears to have gone down in 2010 at West End 2153 in Ashtabula, Ohio, back when Code Orange were still Code Orange Kids. Current bassist Joe Goldman, who joined the band in 2011, can be seen up front, air-drumming along and shouting lyrics at the top of his lungs. Joe’s obviously a huger dude now, and known to many for the massive Lincoln-esque beard he’s rocked in recent years, but it’s heartwarming to see that before he joined his band, he was also one of those kids living for them.

Watch Joe go fucking nuts to Code Orange Kids back in 2010 below:

READ THIS: The 21 hottest live bands on Earth

Only last week, Code Orange announced the upcoming release of Underneath, their new album due out this March. Speaking to Kerrang!, drummer and vocalist Jami Morgan called the record “more relevant than anything that’s coming out in rock and metal this year.”

“I think in rock and metal there’s a lot of great stuff, but there’s not a ton of stuff that feels super-relevant. I think a lot of older stuff feels more relevant now than some current stuff coming out...I’m not saying that about hardcore or extreme music, but in terms of something that cracks the surface – which I intend on doing – I don’t feel like there’s anything incredibly relevant in a way that’s not just trying to be a see-through cash-in attempt to co-opt what’s cool. This record isn’t that, but it’s more relevant than anything that’s coming out in rock and metal this year. Period.”

Check out the video for the title track below:

READ THIS: 14 bands who wouldn't be here without Converge