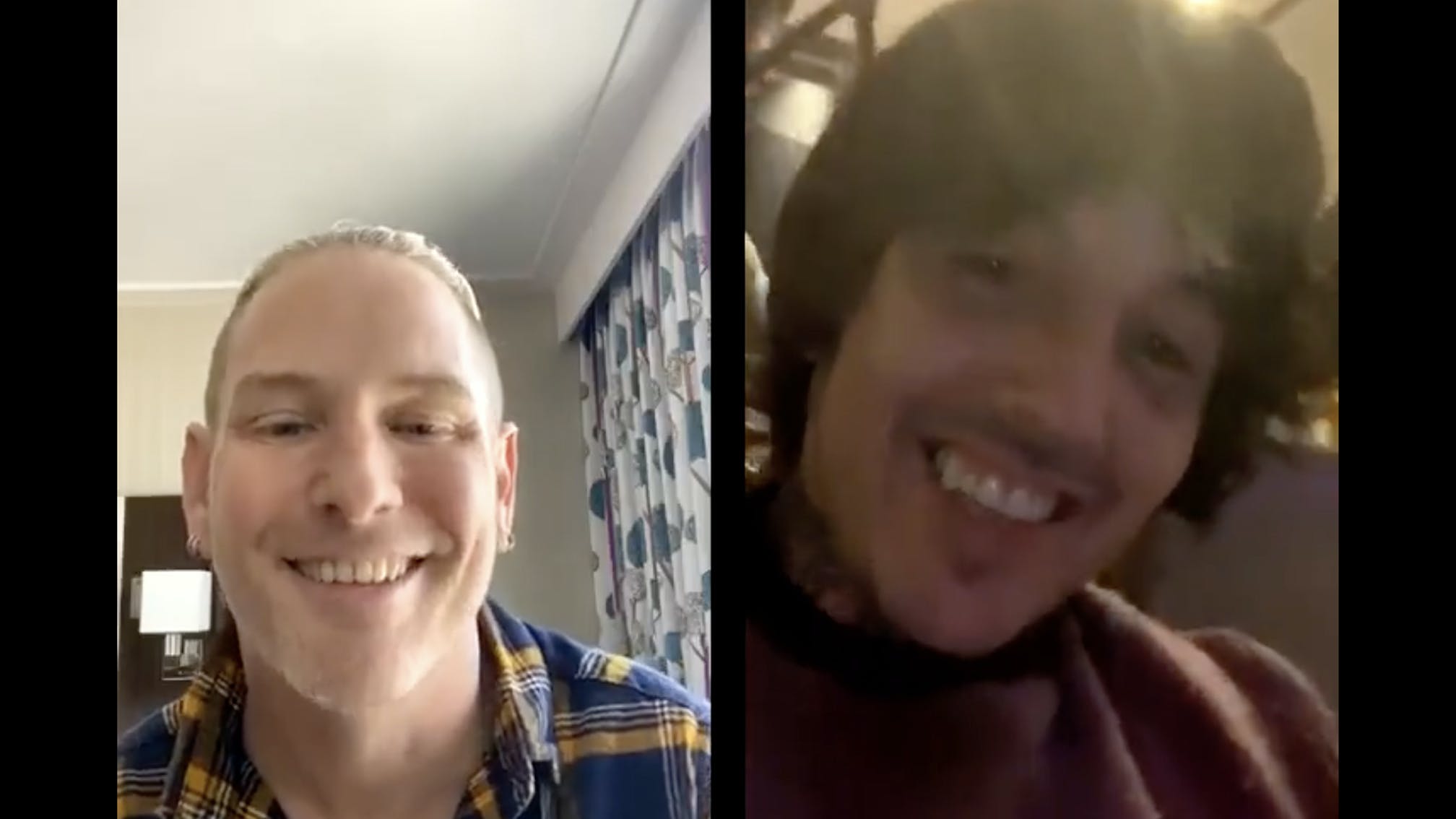 Ahead of next week's huge Knotfest Los Angeles, Corey Taylor and Oli Sykes joined up virtually for an IGTV video interview with Knotfest.com's Ryan J. Downey to chat about what they've got planned for the show, how they first met and heard each other's bands, and much more.

In the 30-minute conversation, the Slipknot and Bring Me The Horizon vocalists remember BMTH's early cover of Eyeless – which Oli jokes was done "very badly". Detailing the reasoning behind the cover, Oli explains (transcribed by Kerrang!), "I think it was for a Kerrang! covers CD… man, it was so long ago now. I mean, obviously we all love Slipknot; Bring Me The Horizon wouldn’t be here if Slipknot didn’t exist."

The frontman continues, "We just wanted to pay homage and give a little nod to a direction that we were going to try and take our music in ourselves, in terms of what Slipknot had done for heavy music at the time.

"I never realised at the time how heavy it was because I loved it so much, but at the same time on some level it was quite commercial; Iowa was Number One in England [in the charts] – it was just so massive that even listening back now to the old records, I’m like, ‘Man, this was insane – this used to be on Radio One!’ It was just unheard of at the time: a band that extreme at the time managing to break and be that band that gets kids into metal and rock – and that was really my goal for Bring Me The Horizon."

Looking back at the first time he discovered Horizon and their Eyeless cover, Corey responds, "I remember the first time I even heard about Bring Me was, honestly, I was reading about them in Kerrang!, actually. Right when they were starting to break, and everyone was talking about them and I was like, ‘Who the fuck is this?!’

"And then I heard that they had done a cover of Eyeless, which I immediately searched out and found it, and I remember telling the guys in Slipknot: ‘You’ve gotta fucking hear this cover of Eyeless – it’s so sick!’ And it’s probably my favourite cover that anybody’s ever done of one of our songs, because you can play a song, but it’s hard to capture the spirit of it, and to me, you guys captured the frenetic energy of what we were trying to capture.”

And reacquaint yourselves with Bring Me The Horizon's Eyeless cover:

Read this: "That album is the sound of war": The story of Slipknot’s 1999 debut