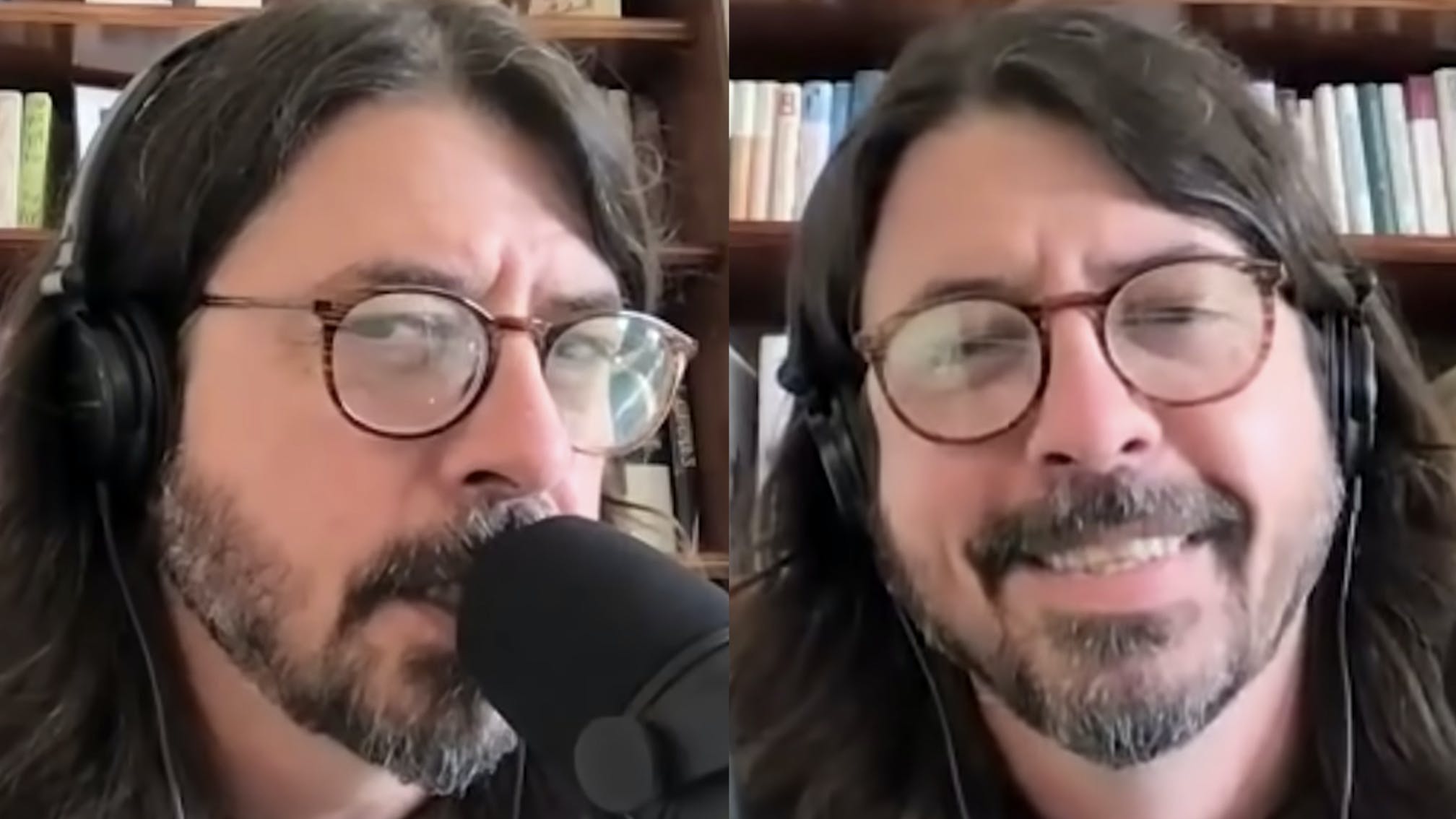 Dave Grohl has demonstrated how his journey to become one of the best rock drummers in the world began using just his teeth.

In a new video interview with Howard Stern, the Foo Fighters frontman explains that, as a child without a drum set, he started off just hitting pillows in his bedroom in order to play. But then he seemingly graduated to drumming using his teeth – and it's a habit he later found out that Nirvana bandmate Kurt Cobain also practiced.

"What I’ve learned after sharing [the teeth drumming] with some people is that a lot of musicians do the same thing, and I think what happens is: when you discover music and you start getting really into it, it’s like an obsession, and so whether you’re just playing drums on a table or you’re humming something in your head, you’re basically just utilising any resource to do it," Dave explains.

"I would walk to school with my backpack and just play songs with my teeth until I got to my locker, and then I would throw my backpack in the locker and the day would start."

He continues that – unsurprisingly – his dentist was not particularly thrilled about Dave doing this: “I went to the dentist and he was like, ‘Do you chew a lot of ice?!’ I was like 10, 11 [years old], and I’m like, ‘No, why?’ He was like, ‘Your teeth have an unusual amount of deterioration.’ And I was like, ‘Oh! Wait! I can play drums with my teeth!’ and I made him listen to me do it, and he was like, ‘Get the fuck out of my office right now!’” Oops…

Watch Dave drumming with his teeth below:

Dave's new book The Storyteller: Tales Of Life And Music is due out on October 5 via Dey Street Books and Simon & Schuster.

Read this: In pictures: Dave Grohl brings The Storyteller to London theatre