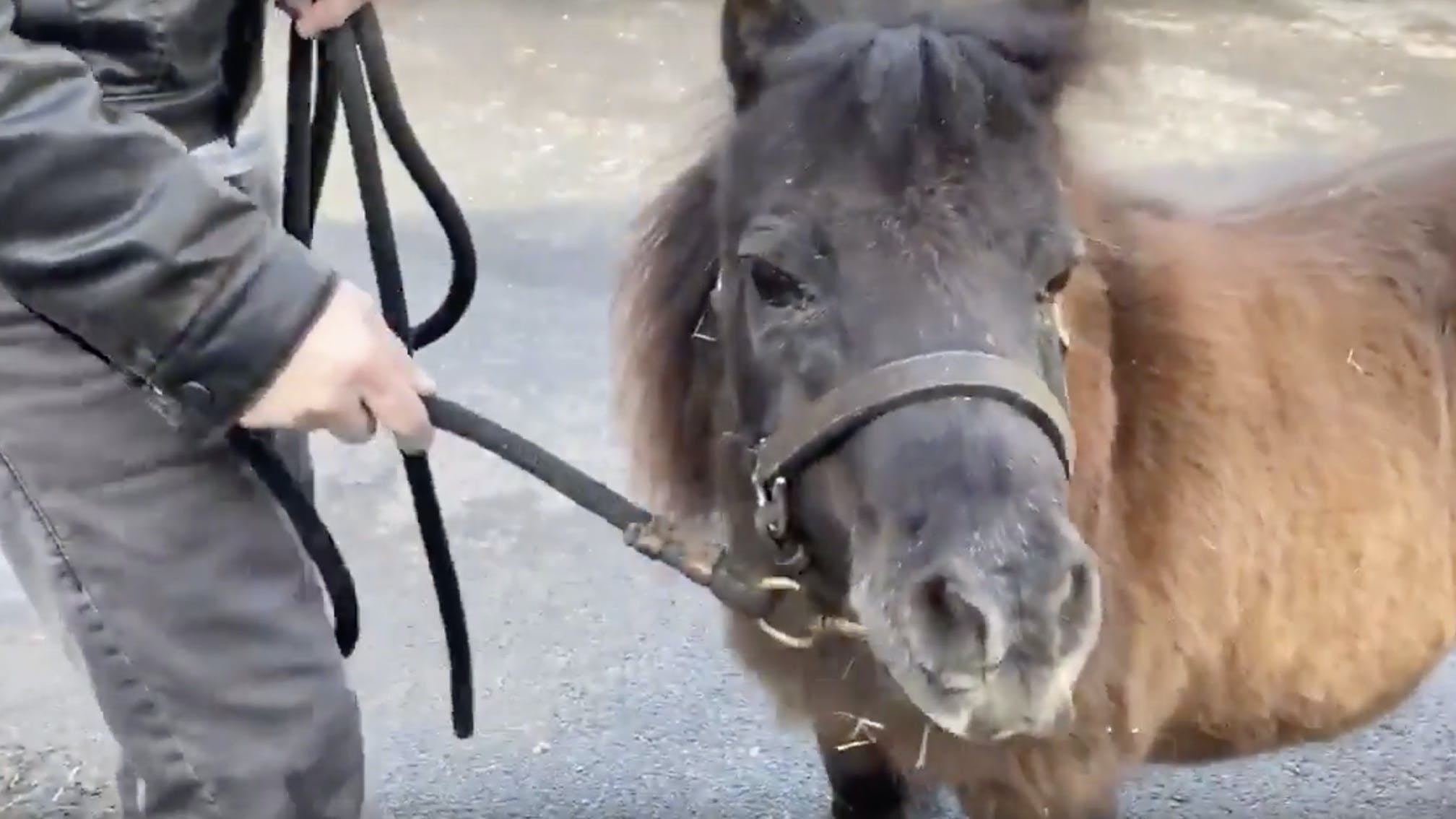 If you've got a bit of a, well, long face at the moment due to everything that's going on in the world, here's a very sweet video of Dave Mustaine taking his miniature horse, Rocky, out for a walk to cheer you up.

In a new clip uploaded to his Twitter, the Megadeth frontman replies to a video of Arnold Schwarzenegger's equally-as-cute adventures with his own miniature horses, Whiskey and Lulu.

Read this next: Dave Mustaine: "People don't know me at all… They think they do, but they don't"

"He's named after Sly Stallone – sorry Arnold," Dave laughs as he walks Rocky through his estate in Tennessee. "I just didn't think Arnold was a good name for a miniature horse – Rocky was.

Only a true neigh-sayer wouldn't enjoy how wholesome this is. (See what we did there?)

Not only is this clip a great insight into Dave's life, it's also brilliant to see him looking so well following his recent illness. In June last year, the metal legend announced that he had been diagnosed with throat cancer – but as of October 16, 2019, he has been free of the disease.

“About a year ago, we were working on our new album back in Franklin, Tennessee, and I started to feel some pain over here (points to his throat),” Dave announced onstage in London back in February. “So I went to the doctor and he said, ‘Dave, you have cancer.’ And I went, ‘Fuck! I have cancer.’ And I was so shocked.

“So I would pray. I know a lot of you guys know that I pray. I say that in Peace Sells. I pray every day. I say that in the song. I’ve said it since the second record. But I thought about you guys every day too. And I thought about my family. And I got this power from you guys. And I just kept thinking about it. And on October 16, I went to go see the doctor, and he said, ‘You’re 100 per cent free of cancer.’”

Read this next: Dave Mustaine on Megadeth’s legacy and how to survive metal