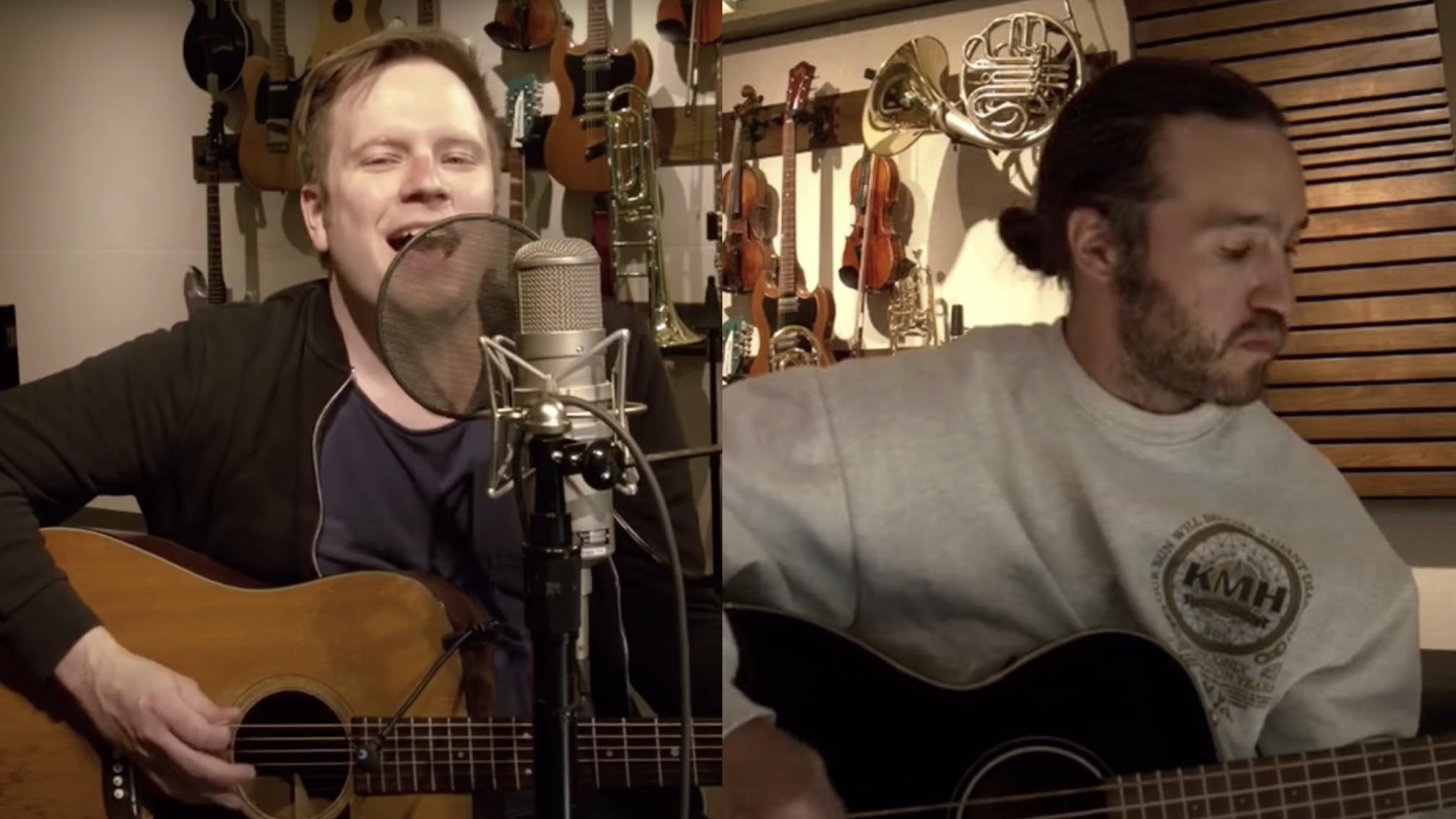 Though we should have been watching them in real life on the now-rescheduled Hella Mega Tour this summer, Fall Out Boy have provided fans with the next best thing amid the coronavirus pandemic: a new acoustic performance by Patrick Stump and Pete Wentz.

The pair appeared (remotely) for a Cisco Live! online event on June 17, running through stripped-back versions of From Under The Cork Tree's colossal single Sugar, We're Goin Down, and 2014 hit Centuries – taken from their American Beauty/American Psycho album. Unsurprisingly, both sound absolutely great – with frontman Patrick's voice clearly unaffected by being out of practice in lockdown.

Read this: The definitive ranking of Fall Out Boy records by Pete Wentz

With From Under The Cork Tree celebrating its 15th anniversary last month, Kerrang! caught up with producer Neal Avron to get the lowdown on this classic album's creation. Discussing Sugar… and how Pete and Patrick reportedly fought over the chorus (resulting in Patrick punching a camera), he said, “I did not see that (laughs), but I can tell you there was always tension on every record at some point. Typically, that would come in the form of Pete writing the lyrics and Patrick editing and putting them together. If Patrick sang it with Pete’s general approval of, ‘Yeah, I’m down with these lyrics,’ then after we worked really hard doing all the performances and getting it just right, Pete would come in and go, ‘You know, I wanna change this line and this line and this line…’ and Patrick would really blow a gasket, because he’d worked so hard on the performance, and the harmonies.

“His harmonies are very intricate and take a lot of time to develop, so he wasn’t happy re-doing stuff like that. Pete was more of a big picture guy. He didn’t wanna be in the studio for 12 hours a day. He wanted to come in with fresh ears. He’ll tell you this himself: he had the ears of a 13-year-old girl. That’s how he heard music. So I think that having that fresh perspective was helpful for him.”

Catch Fall Out Boy on The Hella Mega Tour in the UK and Europe with Green Day and Weezer at the following dates next year:

Read this: Pete Wentz on Fall Out Boy, fatherhood and fragility