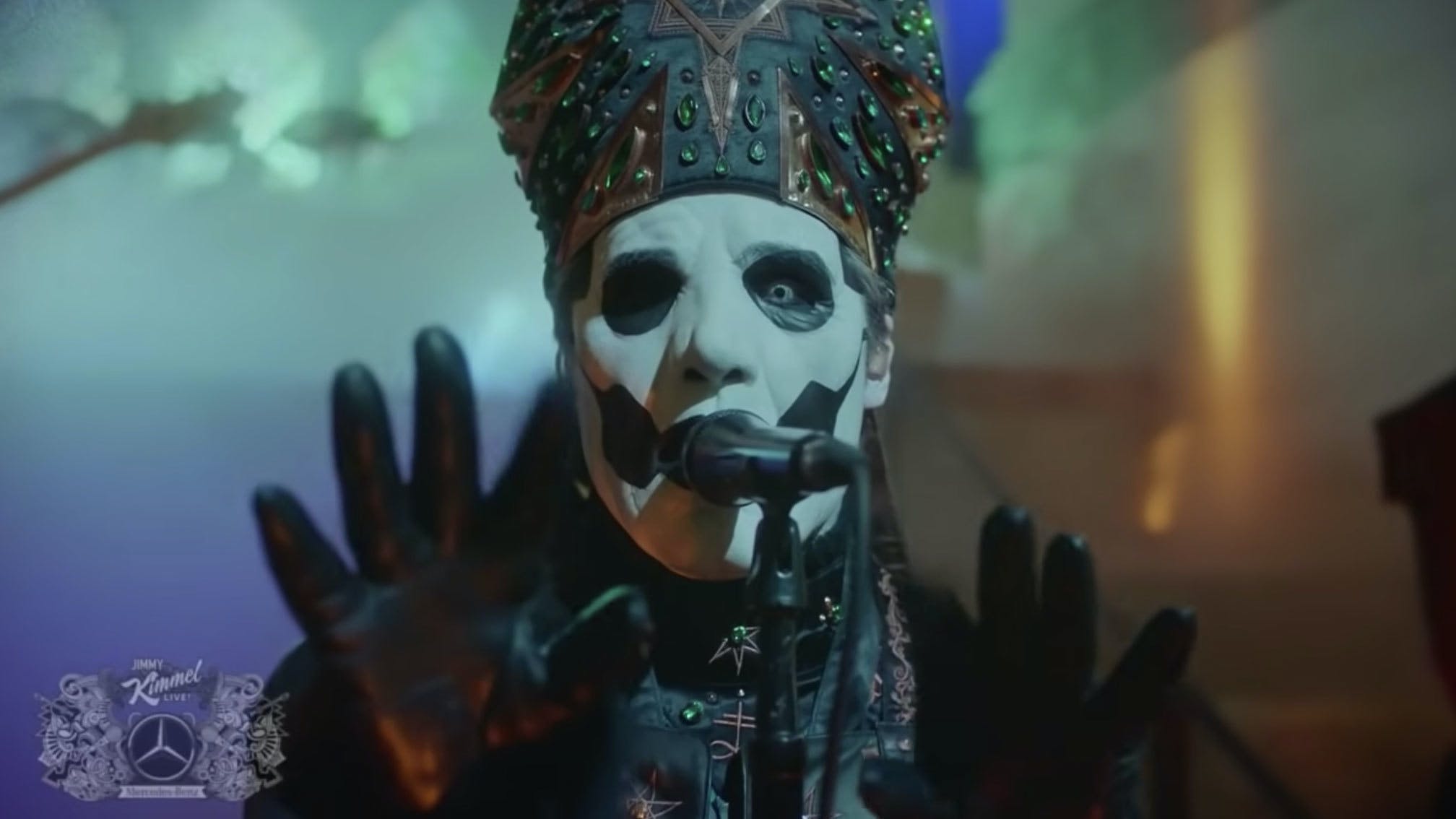 From Turnstile to twenty one pilots to Avril Lavigne, Jimmy Kimmel Live! has been hosting some killer performances this year. And this week was no exception either, as Ghost turned up to celebrate the release of their latest album Impera.

Opting for a mausoleum rather than the standard Jimmy Kimmel set (naturally), Tobias Forge and co. looked and sounded absolutely impeccable as they performed Call Me Little Sunshine.

Recently speaking to Zane Lowe on Apple Music 1 about the incredible expansion of Ghost, Tobias pondered: "I think that the biggest step in a certain direction was between the first record and the second and going forward. Because the first record had such a hype around it, and it had years in the making. That made the first record so special. Obviously a lot of those things, a lot of those parameters, have changed in my life between the release of it and starting writing the new record that was going to be a follow-up. Also from making the first record into the second I understood that if I don't start expanding on the lyrical themes, it's going to be painfully repetitive. I need to expand and start basically embracing real things into the lyrics, because I'm also just very interested in the world. I'm interested in mankind and how she operates in correlation with the Earth and the deities. There are so many things to sing about still using terminology that would sort of fit aesthetically into this sort of horror-esque rock or cult rock world.

"But I started doing that on the second and record. We had a little bit of that in the first one. I sort of sneaked in a few social commentary, if you want to. The dreaded word. Of course, I'm never doing that. It's all fiction, of course. But the second it was definitely way more of that. I think that most bands as you get established commercially and you find your crowd, you also feed off your crowd, especially if you're a live band.

"…Whereas most bands have done a handful of shows before they made their first record or maybe very locally. Then it's not, as soon as they start touring, opening for other bands, then you play in front of bigger crowds and bigger rooms. You tend to go back into the studio, having learned a lot of new things, from a new… talking in martial arts sort of sense. It would be like you've gone to a new dojo and met a new sensei. So you come back to your old dojo with a lot of new tricks."

Ghost will be hitting the UK and Europe very soon, supported by Uncle Acid And The Deadbeats and Twin Temple: