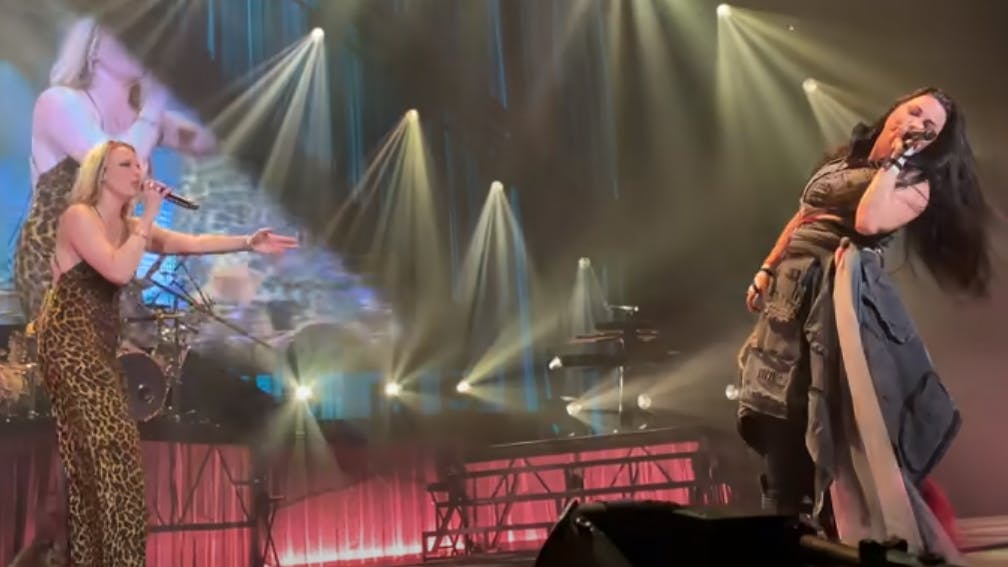 What’s better than Evanescence and Halestorm touring together? Halestorm and Evanescence playing a Linkin Park cover together. On Friday night’s stop in Portland, Oregon on their co-headlining U.S. tour, Lzzy Hale joined Amy Lee and co for a run through of LP’s Heavy, from 2017’s One More Light album.

It’s not the first time the pair have duetted together, of course. Lzzy appeared on Evanescence’s Use My Voice from last year, alongside The Pretty Reckless’ Taylor Momsen, Within Temptation’s Sharon den Adel, Lindsey Stirling, and Evanescence guitarist Jen Majura.

“One of the most exciting parts of making our new song was getting a little help from our friends,” Amy said of the collaborations. ​“A very special thank you to all the incredible women who lent their voices to create the tidal wave of girl power on Use My Voice.”

Speaking about the influence of Amy on her, Lzzy told Kerrang!, “Amy was and is a voice for our generation.

“Up until her, I had to reach back to my parents’ generation of women in rock for inspiration. In those days my band and I were shopping to labels. Every single one of them told me that they didn’t know what to do with me because women in rock are not a ​‘thing’. Of course that’s ridiculous and we obviously kept on rocking… but when Amy broke the mould, I knew that the door was now wide open for all of us to walk through.”

Evanescence and Halestorm are on tour in the U.S. now. Catch them at…

Read this: 18 years of Fallen: The album that made Evanescence superstars