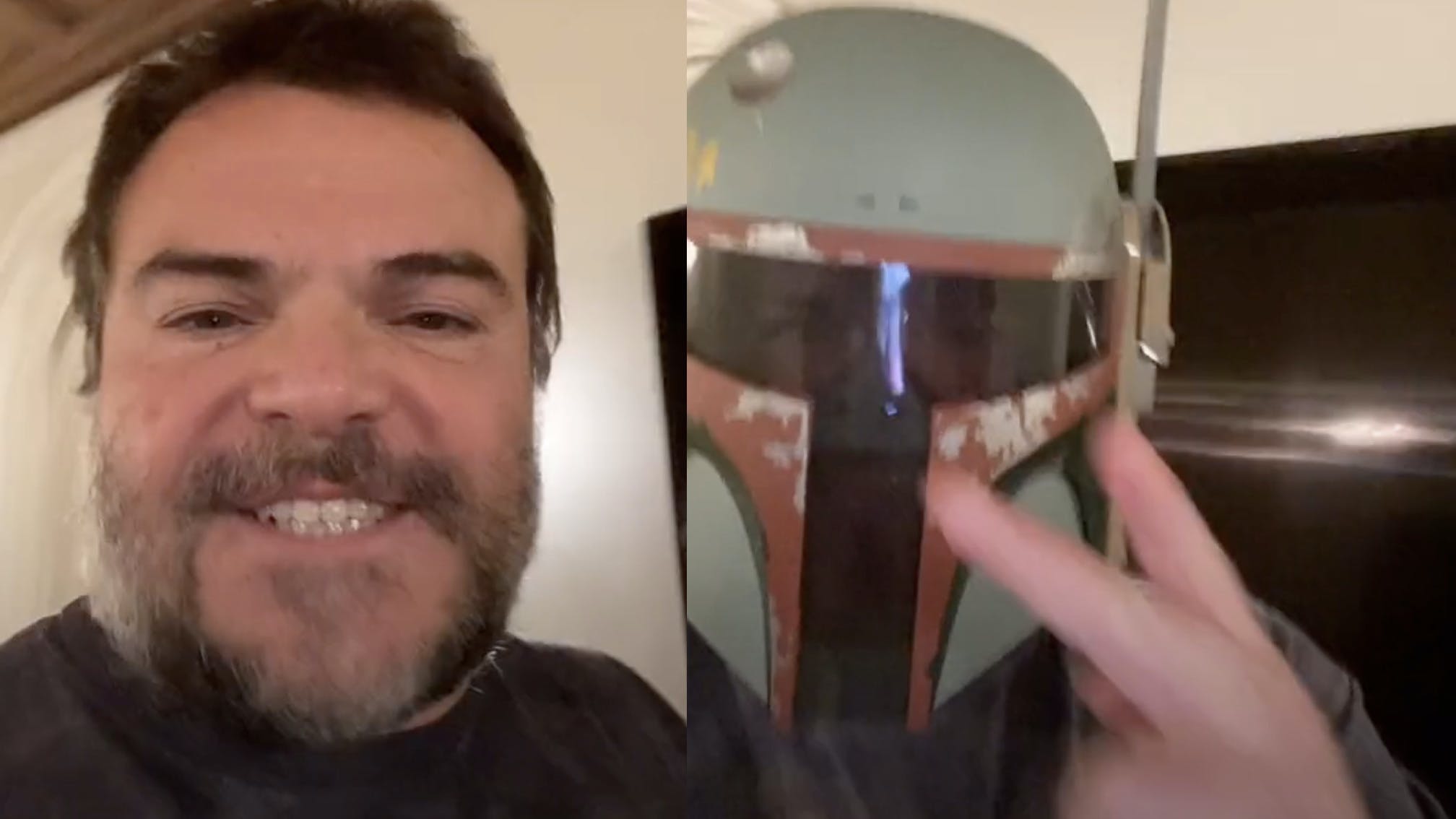 Jack Black has been proving himself as the king of the Internet ever since he joined TikTok last year, often dancing half-naked and even participating in the WAP dance challenge in his Speedos. And the hilarious content is showing no signs of slowing down, as the Tenacious D frontman has just revealed his appreciation for the awesome new series of The Mandalorian with a rocking recreating of the theme tune.

Donning his very own Boba Fett helmet, Jack performed a high-energy rendition of Ludwig Göransson’s already-iconic theme tune in his own unique style, with many TikTok users quick to snap up Jack's original sound recording for their own videos.

When asked by Collider how he created the Mando theme, Ludwig explained that what he initially had in mind was a song that evoked the memories of fans watching Star Wars as a kid – himself included. "The first thing I started with was, after talking to Jon [Favreau, creator / showrunner] after he showed me the original concept art, he sent me all of the scripts," he said of how he approached it. "I read all the scripts, I went back to my studio and I knew, coming back to talking about when I was a child and a kid hearing Star Wars for the first time, something within me when I started writing music was like, 'Okay, I want to get back to that feeling again.'"

Check out Jack's interpretation below. Perhaps we'll now see him sneak in a cameo for season three?!

Jack then went on to make even more, um, interesting Mando tributes…

If the videos above don't show for you, click here.

Read this: ​“Tribute was our Mona Lisa”: An oral history of Tenacious D’s self-titled debut album