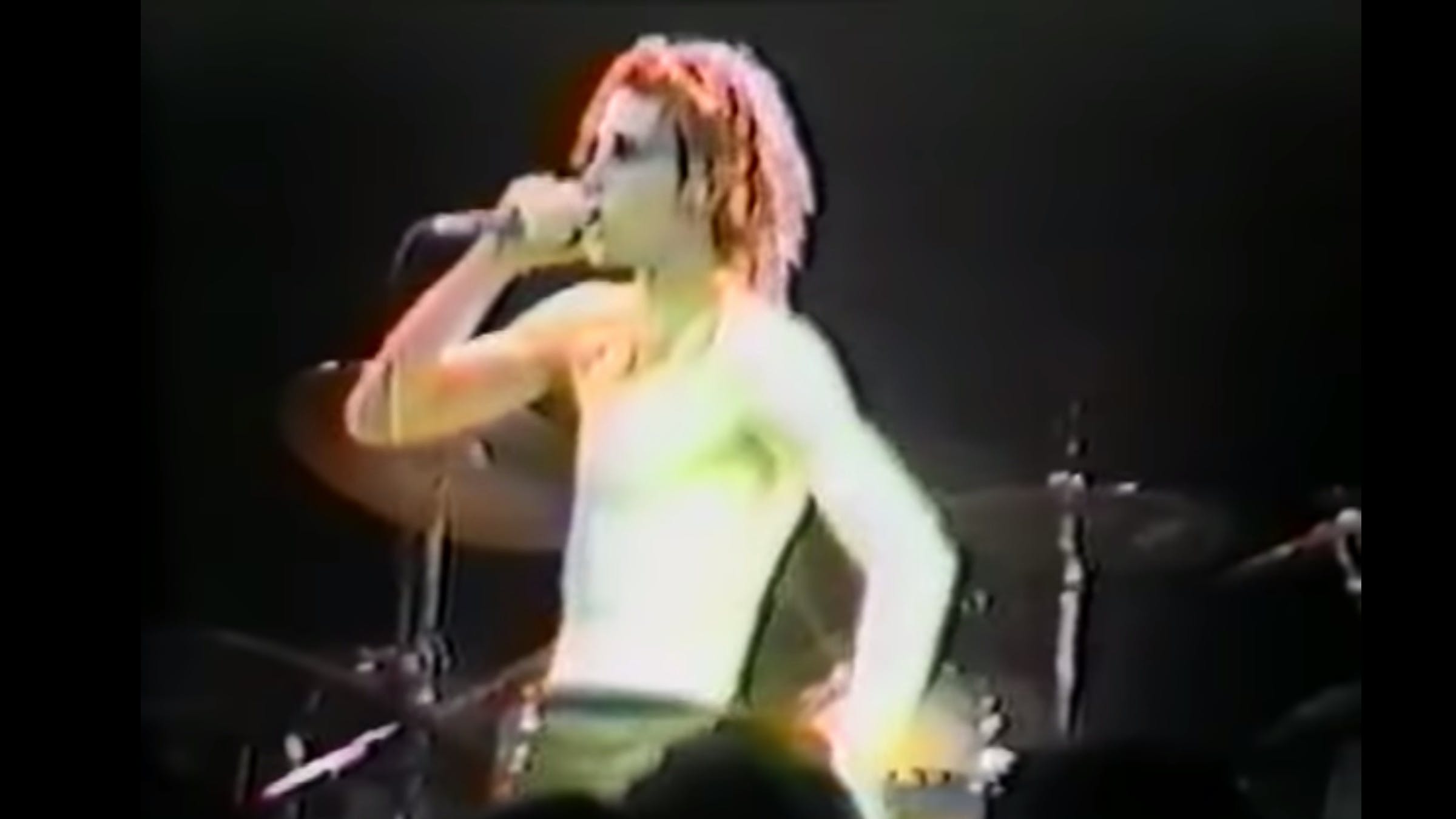 It might surprise some fans to learn that seminal '90s alternative rockers Jane's Addiction were formed in 1985. The band's jangling, down-to-earth sound will forever be synonymous with the '90s, and yet the band formed in the heart of the '80s hair metal era, forced to fight for recognition without the aid of Spandex and high-budget videos. That said, if you were to discover that Perry Farrell was in fact a vampire who appears in famous paintings throughout the ages, you wouldn't be terribly surprised, and evidence of this exists in the form of the below footage of a Jane's Addiction show in 1986.

Not only are Jane's Addiction performing during the height of glam metal, but they're doing so at The Roxy, one of the clubs along Hollywood's infamous Sunset Strip on which bands like Mötley Crüe and Guns N' Roses made their name. But in classic Jane's fashion, Perry and Co. look unfazed, playing their uniquely arcane brand of mule-faced art-grunge to a rapt crowd. Perhaps most notable are that a) Perry still has dreads, a sight fans as late as the early '90s may not immediately recognize; and b) that Perry's doing an especially strong Axl Rose snake dance throughout the set. Could Axl have learned his signature onstage writhe from rock's ultimate immortal?

READ THIS: The 10 best songs where someone yells 'GO!'

Watch Jane's Addiction tear things up before Lollapalooza was even a gleam in their singer's eye:

Something else fans might not know is that Perry Farrell is 61 years old. For some rock stars, turning the big six-oh might be a landmark for slowing down and taking things easy, but Perry doesn't agree at all.

"I’m having the time of my life at 60!" the singer told Kerrang! in 2019. "I never thought that I’d be so happy at this age. I’d have thought I’d have been miserable, with my youth and my career behind me, but that really isn’t the case. My life as a musician has never been more solid and focused, and I’ve never had as much interest in life as I do now. I’m awake and available for my wife, my kids, my partners at Lollapalooza, Kind Heaven Orchestra and Jane’s Addiction.”

More about Perry's life straight from the source can be heard in our In Conversation video where we spoke to the singer.

READ THIS: As a goth, I'm secretly loving quarantinej