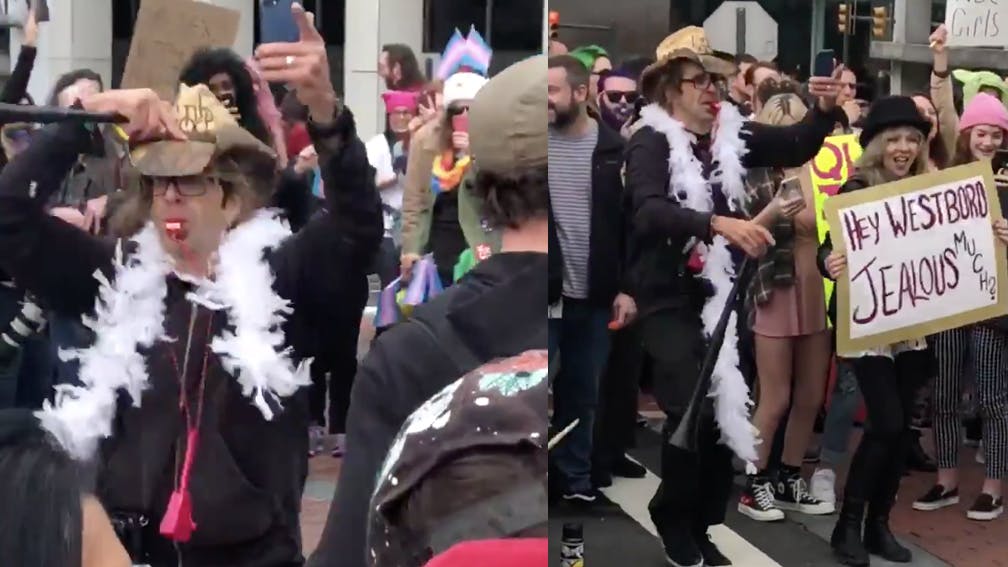 Footage of Lamb Of God frontman Randy Blythe's spectacular protest against the Westboro Baptist Church has started to surface online – and it's just as genius as we'd hoped.

Randy recently announced he was organising a "counter party" of epic proportions against the Christian hate group, who revealed that they would be protesting Virginia politician, metalhead, and trans woman Danica Roem.

And today, March 11, the kazoo-filled fight back against the Westboro Baptist Church went off in Richmond, with Randy bringing 200 kazoos to the event, as well as holding a contest for the best costume to win $200.

Don Argott – who filmed LoG's 2014 As The Palaces Burn film – was also in attendance filming the event, so keep your eyes peeled for that…