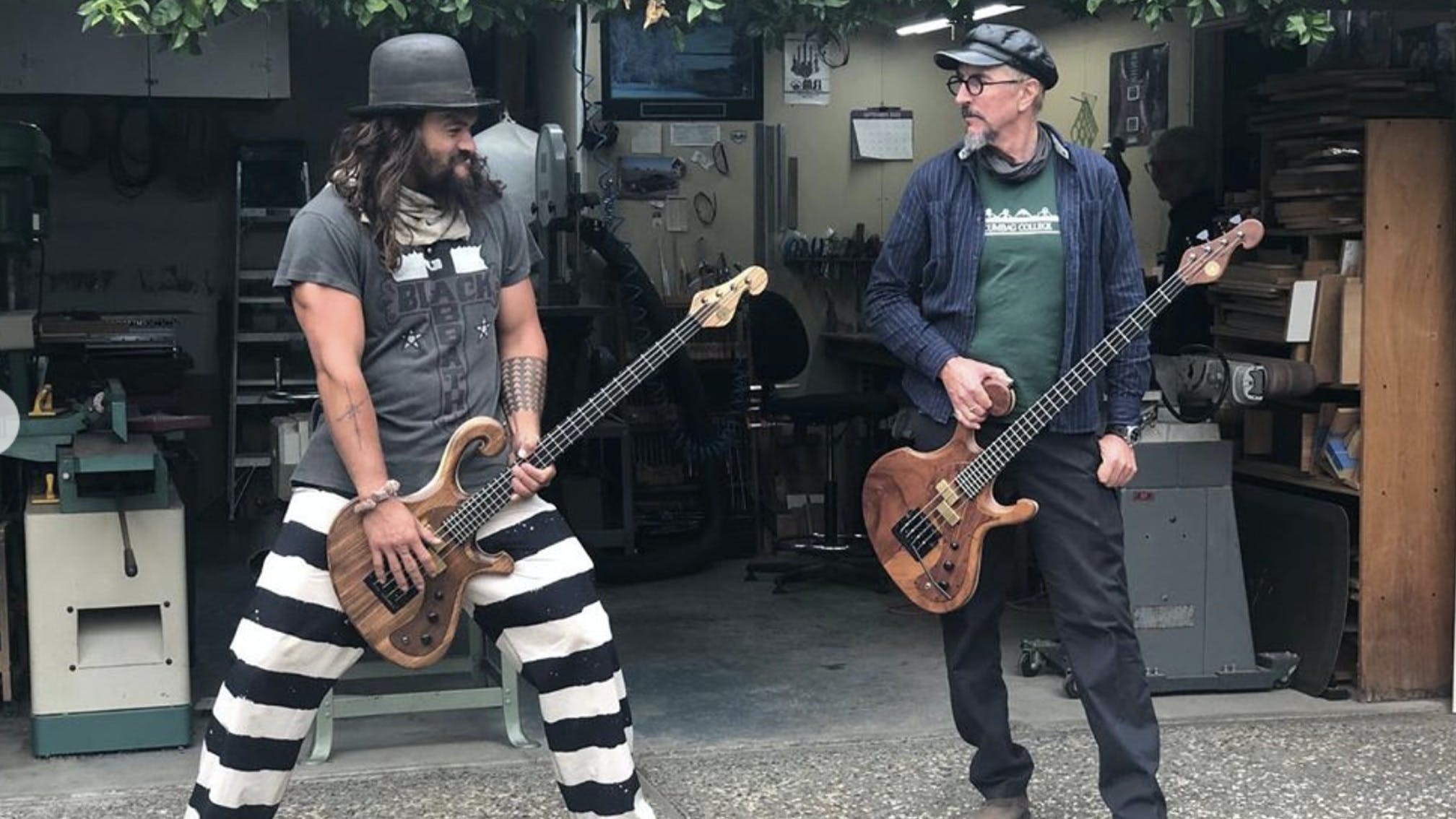 After recently receiving a rather lovely Fender Precision Bass guitar as a 41st birthday gift, Hollywood superstar Jason Momoa is now seemingly trying to improve his already-impressive musical skills with the help of a true bass legend.

The actor ventured to Primus mainman Les Claypool's Claypool Cellars for the past week, not only for a spot of fishing, but also to jam in the studio together. In several clips and photos posted to Instagram, Les can be see giving Jason tips of how to play My Name Is Mud – the first single from the band's 1993 record Pork Soda.

Jason later posted of their time together that there are "so many beautiful things to come creating some amazing works of art with friends", while Les simply stated that the pair "had ourselves a grand ol' time". Oh, to be a fly on the wall for that…

Discussing his introduction to bass guitar with Kerrang! a couple of years ago, Les explained, “When I was in ninth grade I had an algebra class. There was a guy sat behind me, a Filipino guy who always wore Coke bottle glasses and a white T-shirt, and he would show me pictures of what he hoped would be his future guitar, which was a Fender Telecaster. He was always talking about how he was gonna have this band and that he wanted me to sing for them. His name was Kirk Hammett. The reason he wanted me to sing was because I was always rattling off tunes, but I was actually too embarrassed to sing in a real band. But then I met this other guy who played guitar, and I thought, ‘Well I could play bass? It’s only got four strings so it’s probably easy.’ In those days everyone wanted to be Eddie Van Halen, so I figured that as a bassist I could probably get a gig. And I did – straight away.”

Check out Jason and Les in action below and on Jason's Instagram.

Read this: Les Claypool discusses how Primus might be the weirdest band on the planet