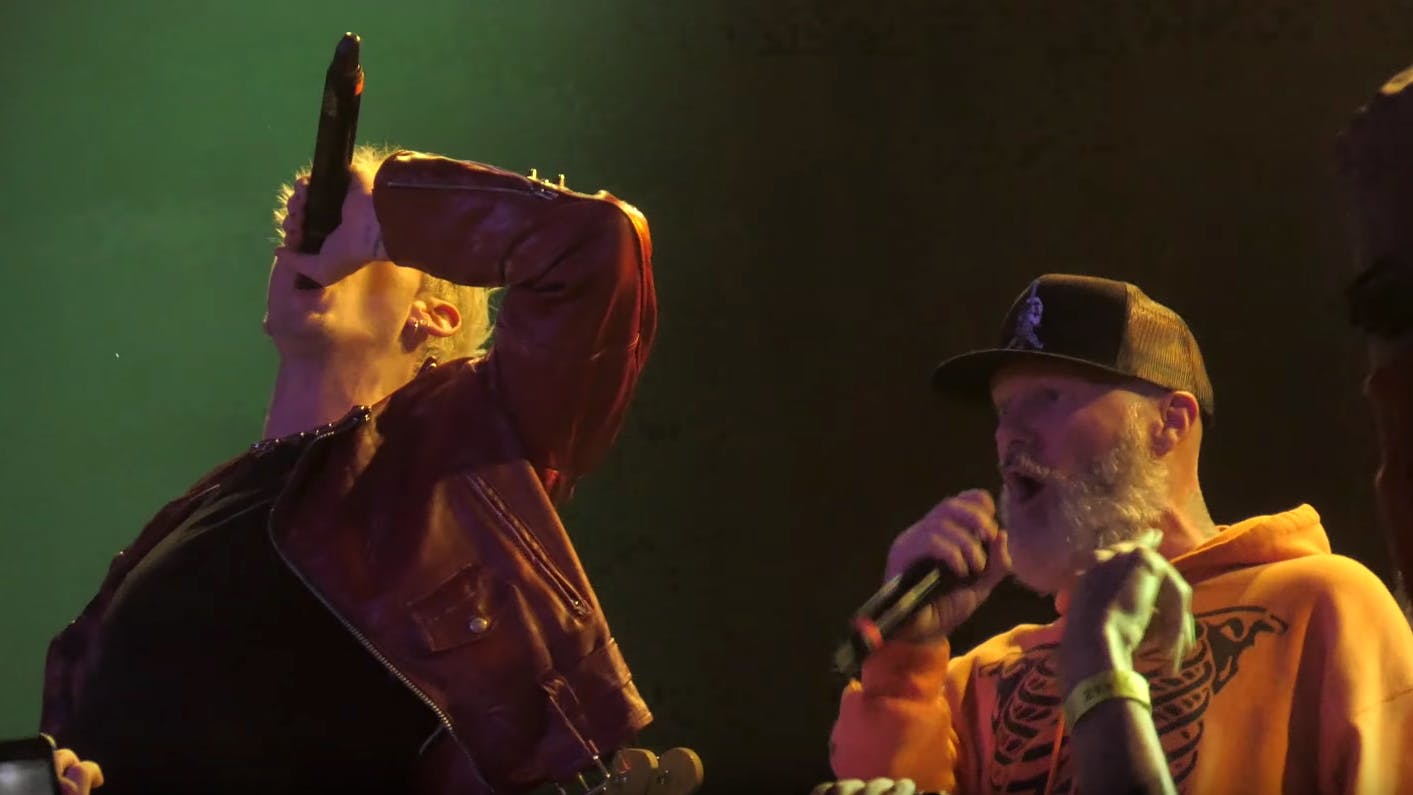 This week, Limp Bizkit returned to The Roxy in Los Angeles after a busy summer of festivals. Performing an intimate benefit show for the House Of Ruth non-profit, which provides support for victims of domestic violence, the nu-metal saviours unleashed a bombastic 23-song set of covers and fan-favourites – plus three renditions of Jingle Bells.

Throughout the night, Fred Durst and co. blasted out everything from N 2 Gether Now and Livin' It Up to This Love by Pantera and Slayer's South Of Heaven. They also covered Bon Jovi's Wanted Dead Or Alive, which you can watch below.

But the Bizkit weren't alone. For their aggro-anthem Break Stuff, Hollywood superstar/rapper Machine Gun Kelly joined the Jacksonville crew onstage – sending The Roxy into raptures. Check out the fan footage below.

“What’s disappointing is how little Limp Bizkit have progressed”: Our original 2000 review of Chocolate Starfish And The Hotdog Flavored Water

In October 2000, Limp Bizkit returned with their third album, Chocolate Starfish And The Hot Dog Flavored Water. But what did Kerrang! make of it at the time?

Limp Bizkit are planning to drop the long-awaited follow-up to 2011's Gold Cobra shortly after releasing a number of tracks "in rapid succession".