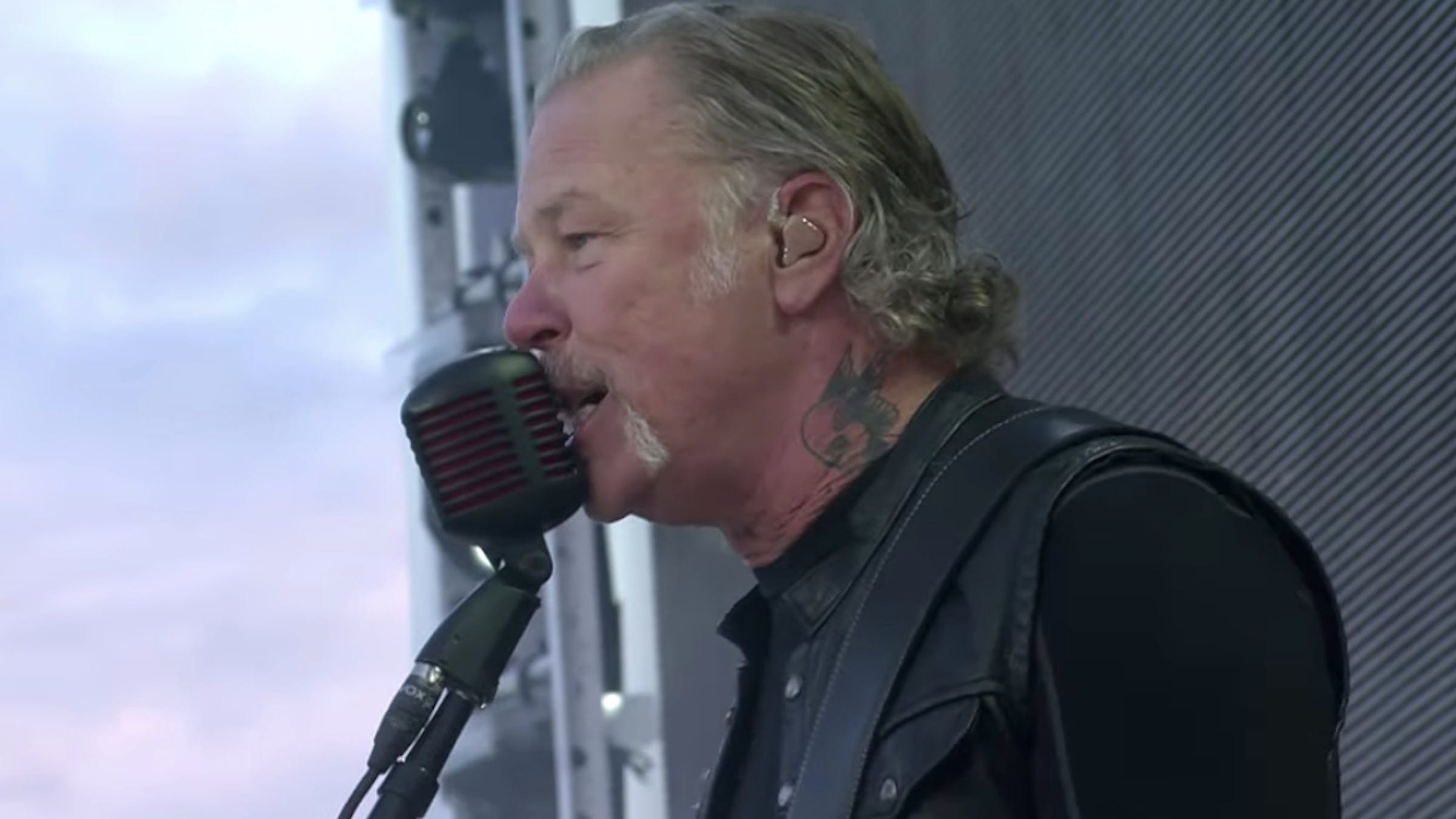 It's no secret that Metallica are massive Thin Lizzy fans, as evidenced by the version of Whiskey In The Jar they recorded for Garage Inc., their 1998 covers compilation. Now, you can watch pro-shot footage of the band playing the track live Saturday night at Slane Castle in Meath, Ireland, as a tribute to late Thin Lizzy frontman Phil Lynott.

As you'll see in the footage below, the band is playing to a massive arena-sized crowd in Meath, and seem pretty stoked to jam this cover in the Irish countryside. More importantly, they're playing with an actually castle in the background, which pretty much every metal band in existence dreams of doing at least once in their life. At the end of the video, you can hear James yell, "We love you, Phil" to the audience.

Check out the video of Metallica's Thin Lizzy tribute below:

Is this video a precursor to the rumored sequel to Garage Inc. coming up? Not sure, but we'll let you know if we hear anything.

In a recent interview with Kerrang!, Metallica guitarist Kirk Hammett revealed which solo from the band's career he's most satisfied with. “I was thinking about the solo in The Unforgiven,” said Kirk “I remember showing up to the studio that morning, thinking I was going to play all these certain licks and then [Black Album producer] Bob Rock’s going, ‘That’s fucking crap.’

"Then it was one of the very first times when I said, ‘Just fucking hit the record button,’ and shit flowed out," he continued. "I prefer to record my solos that way now because I like the spontaneity of it; that’s how that solo was pretty much created.”

Meanwhile, is there a Metallica track that you think is criminally underrated? Vote for it here, and it could be featured in our upcoming Metallica exhibition at House Of Vans.