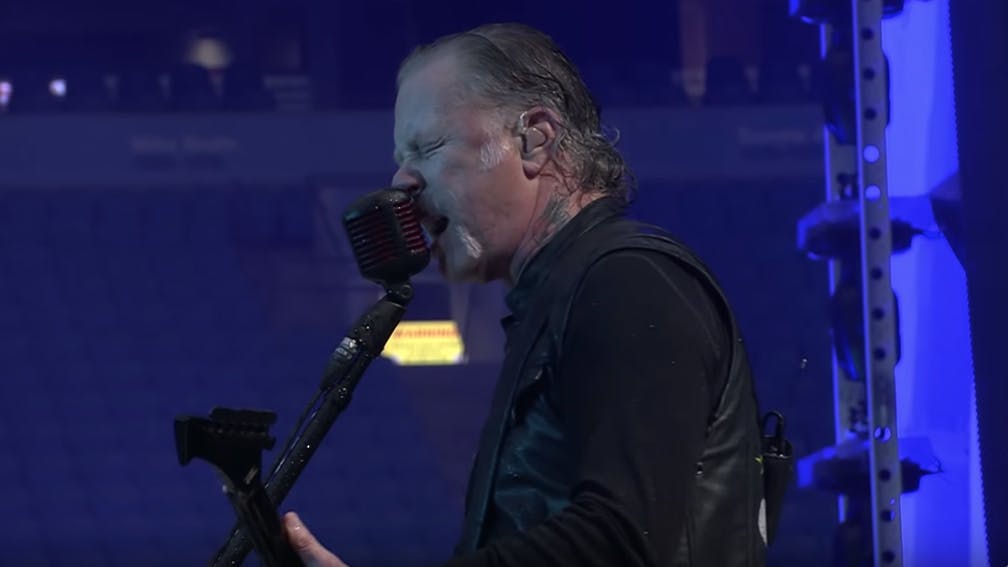 Last week, Metallica hit the UK for a couple of colossal sold-out stadium gigs in Manchester and London, performing to thousands of fans across two incredible nights.

Now, the metal kings have unveiled pro-shot footage from a very rainy Manchester (the northern city has a reputation for being pretty damn wet), selecting the title-track from divisive 2003 record St. Anger as the chosen clip to show the Internet. Unsurprisingly, it's absolutely ace.

Despite performing the track live on June 18 (and indeed several times across their WorldWired Tour this year), drummer Lars Ulrich recently told The Pulse Of The Radio that the initial reaction to St. Anger was a surprise to the band.

"It threw us a little bit, sure, ’cause the whole thing was to just keep it as raw as possible," he said. "And I'd like to think that we accomplished that (laughs), to the point of obviously a little too raw for some people, and that's okay. I mean, it is what it is. I have not one regret about it. I'm proud of it, proud that we had the balls to see it through."

He also told K! last week that he believed there's plenty more to come from the band; in fact, the drummer thinks Metallica are "just getting started".

“Coming to the UK is always special to me, not only because of our own history here, but also the musical pedigree that helped make Metallica Metallica," Lars reflected. "Plus, Kerrang! and all the stories that have been published about us over the years are certainly embedded here in my thick Danish skull. It’s so cool that 240 years later we’re still being acknowledged and appreciated, but the best years are still in front of us because we’re just getting started. Just in case you were wondering.”

Check out St. Anger in Manchester below: