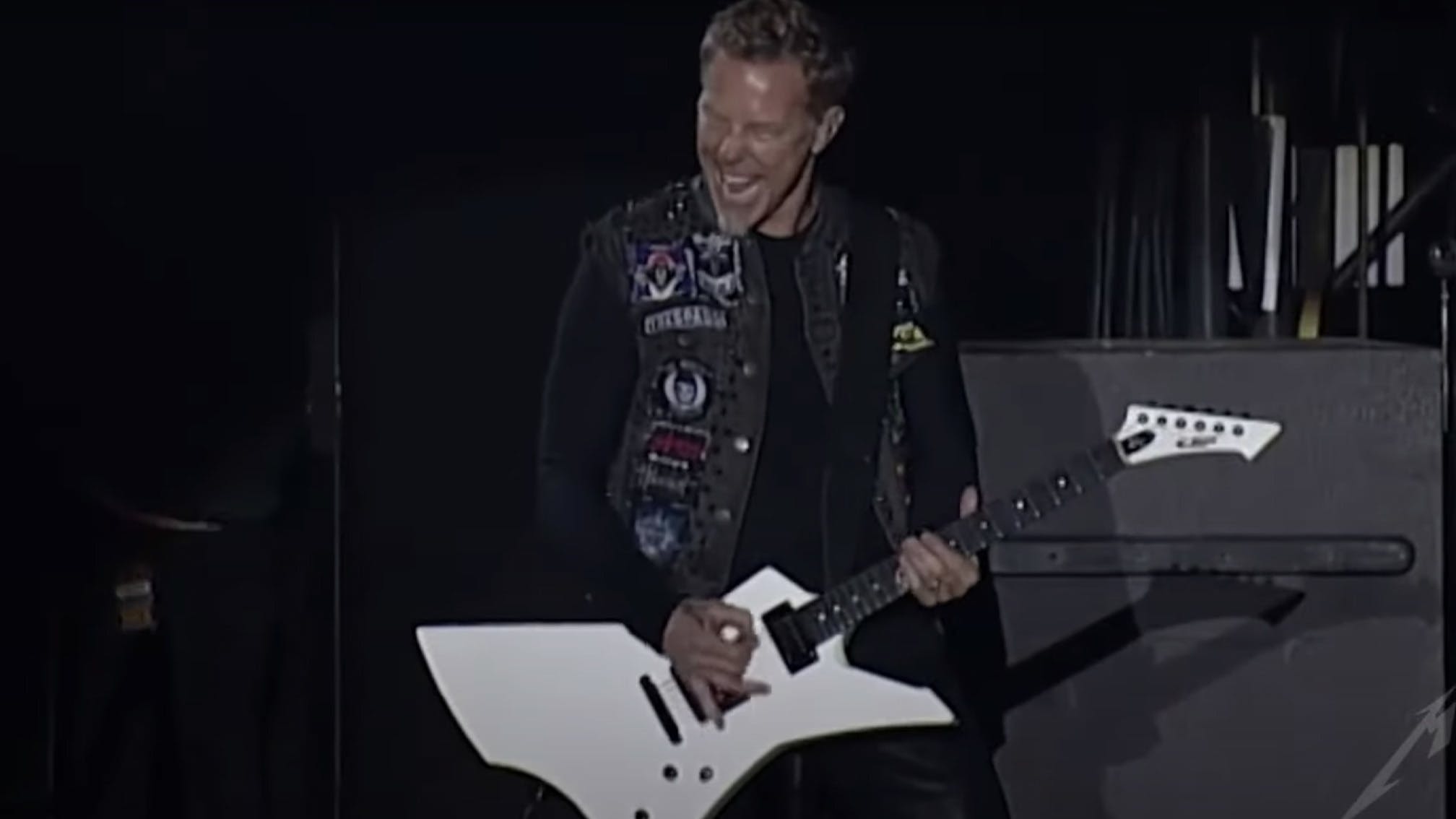 The next Metallica Mondays is here, and it's a big one: a 20th anniversary celebration of The Black Album from 2012.

As drummer Lars Ulrich points out in the video's intro, 2012 didn't technically mark 20 years of the landmark record given that its release date was actually 1991, but the metal titans decided to celebrate that year anyway with an epic run through Europe performing the LP back-to-front every night.

This set in particular was filmed at Nova Rock in Austria on June 10, the final night of Metallica's European tour.

"About eight years ago, in 2012, we did a bunch of dates all over Europe and played The Black Album in its entirety, but instead of playing it front to back, we played it back to front," says Lars.

Read this next: The 20 greatest Metallica songs – ranked

"We started at the end with The Struggle Within, and ended up with the toe-tapping favourite… Entering Of The Sandman," he jokes.

"That is coming your way as soon as I shut the fuck up," Lars continues, before getting out the notes on his phone to provide more context. "It's June 10, 2012. Nickelsdorf in Austria – just outside of Vienna. Nova Rock Festival. The 20th anniversary of The Black Album.

"I have a question for you: If it's the 20th anniversary of The Black Album tour and it's 2012, and The Black Album came out in 1991, something's slightly askew here… But let's not get into that!"

Indeed, let's forget about the dates and just enjoy how downright awesome this is:

Check out the full setlist below:

The Ecstasy of Gold
1. Hit The Lights
2. Master Of Puppets
3. The Four Horsemen
4. For Whom The Bell Tolls
5. Hell And Back

The Black Album (In reverse order)

Read this next: Every Metallica album ranked from worst to best

Recently, Lars spoke of how coronavirus has affected live music, revealing that he's "super bummed" about not being able to play shows right now.

“Obviously, these are unprecedented and challenging times for everybody all over the world," he said. "I’m super bummed that we can’t get out and connect with all our friends and our fans, we’re bummed for the state of the world, but at the same time, I think that we will get back to it at some point.”

Quiz: How well do you know Metallica’s lyrics?