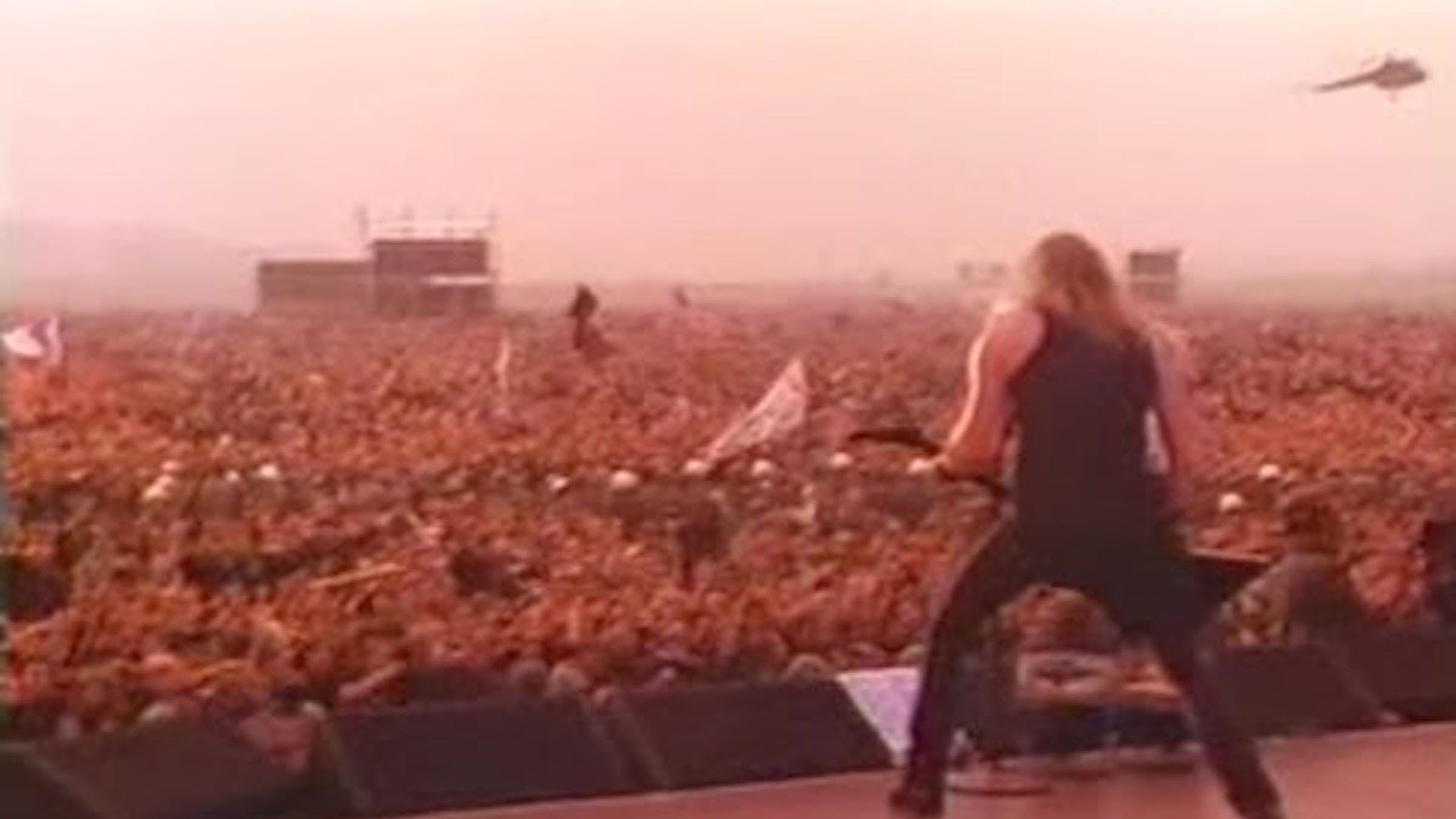 It's easy to think of Metallica as a household name these days, but once upon a time the Four Horsemen were at the forefront of bringing what was considered dangerous music to the entire world. Around when the Black Album came out and Enter Sandman became a massive music video hit, the band was so popular that even America's enemies wanted to see them play -- a fact evidenced by this archival footage of Metallica playing to an estimated 1.6 million fans at the Monsters Of Rock festival in Moscow, Russia.

The footage is amazing to behold partly to watch Metallica shred in 1991, and partly to witness the vast ocean of people who came out to see them (estimated at 1.6 million, though some counts put the audience at a scant 500,000), but also to witness how a Metallica concert was regarded in 1991 Moscow. The crowd is packed with uniformed military personnel, helicopters are flying overhead -- the entire country seems to be watching with both enthusiasm and wariness as the biggest metal band in the world play songs about death, evil, and lashing out against authority.

Watch the video here and wonder if Metallica didn't directly contribute to the fall of the Soviet Union:

In his love letter to Metallica, Kerrang! writer Simon Young extolls, "Their longevity lies in their songs and dedication to putting on mind-blowing shows night after night. Their off-road adventures – whether it’s making big budget films, documenting behind the scenes rancour or releasing challenging collaborations – make have wrinkled some noses in recent years, but hats off to them for making things interesting for themselves and their fans as they approach their 40th anniversary with no signs of slowing down.

"One day, Metallica will cease to be," says Simon, "whether they adopt the current hologram trend or not -- and they probably will, when their bodies can’t cope with the demands of playing Blackened in their ’80s – and that, my friends, is a sobering thought. Long may they reign."