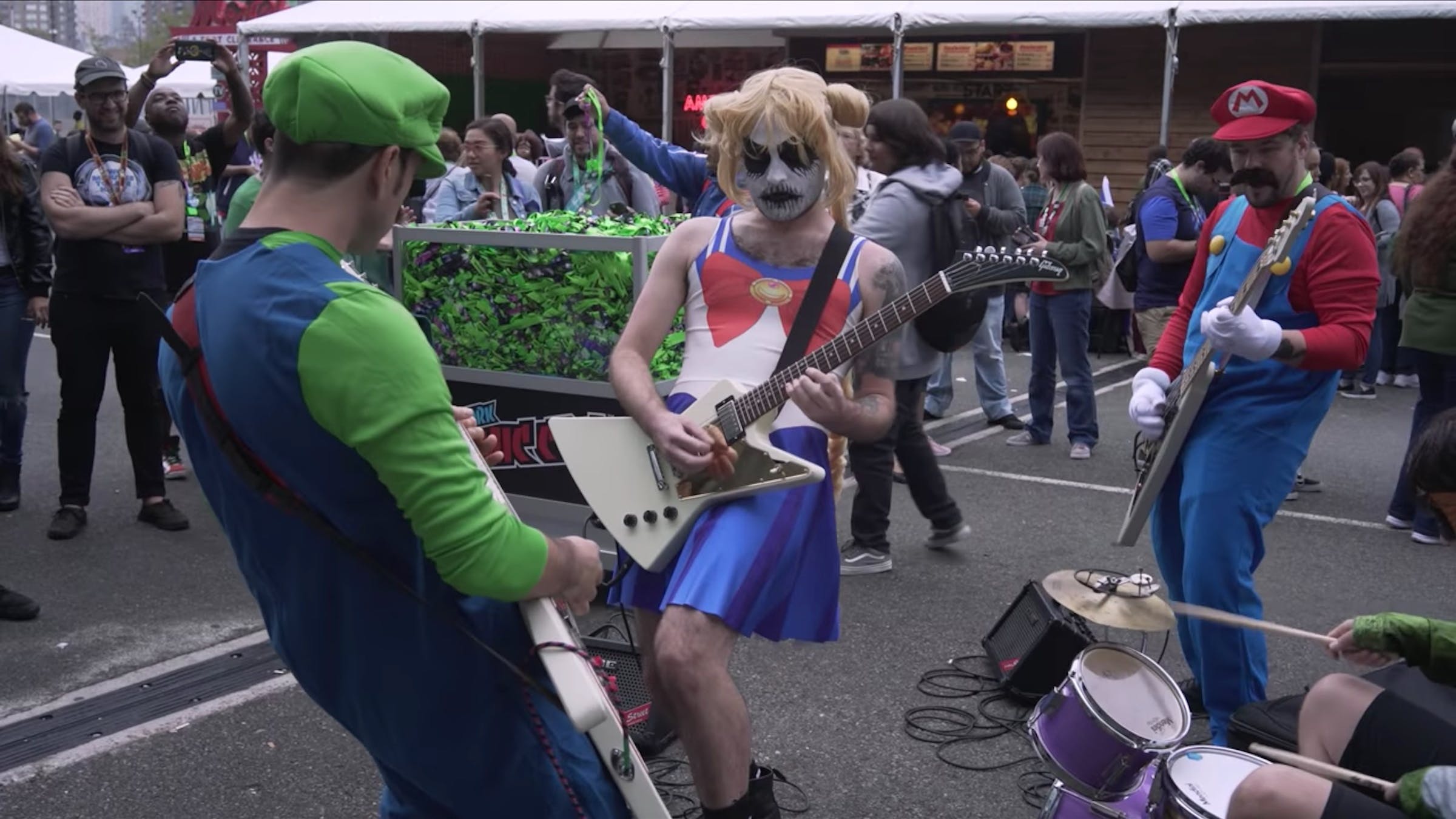 When Brooklyn power thrashers Mutoid Man played our U.S. showcase at Saint Vitus, they left the audience a sweaty, grinning mess. But that crowd was made up of black-clad headbangers, so that show was a battle easily won. Everyone knows the true test of a band's mettle: playing video games to a ragtag crew of nerds alongside a grown-ass man dressed as Sailor Moon.

Thankfully, Mutoid Man were up to the task. This past weekend, the band got together with Gwarsenio Hall of heavy metal talk show Two Minutes to Late Night (of which Mutoid Man are the house band) and took New York Comic Con by storm. After being promptly thrown out of the event, the band set up outside and treated attendees to a medley of music from classic video games like Castlevania and Sonic The Hedgehog.

Cave In's Stephen Brodsky: The 10 Songs That Changed My Life

Cave In vocalist/guitarist Stephen Brodsky shows off his record collection – from Led Zeppelin to Van Halen.

Meet The Guys Behind Metal's Most Hilarious Talk Show