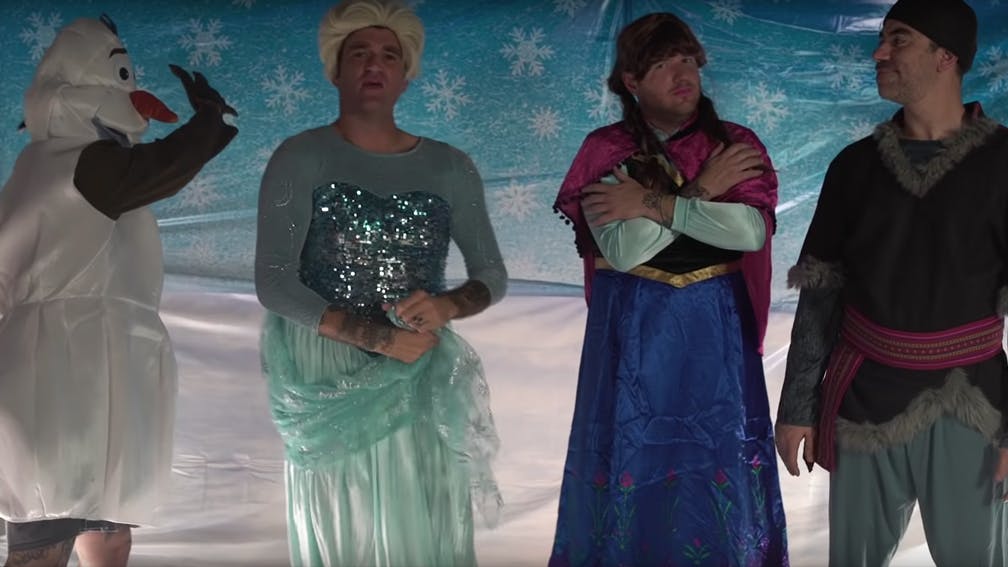 Pop-punk heroes New Found Glory have released a Disney cover that we "can now circle-pit to": Let It Go from Frozen.

The track – which is apparently the most requested movie song that fans have asked for the band to cover – is taken from New Found Glory's new From The Screen To Your Stereo 3 album, which is due out on May 3 via Hopeless Records.

We recently asked Chad Gilbert what makes a good New Found Glory cover, and the guitarist said: “I think this [new album] emulates the first [record]. On the first one, there was that Celine Dion song [My Heart Will Go On] from Titanic that everyone knew. And it was sort of annoying. And we were like, ‘How do we make this annoying song a punk rock song?’ The second record we chose songs that we were into, personally. And I think that’s why the vibe is different. Whereas this one, it was about taking those songs that were hits from movies that you couldn’t get away from, but redoing them in a punk way.”

Check out Let It Go below.

New Found Glory are playing Slam Dunk at the end of May – tickets are available now.