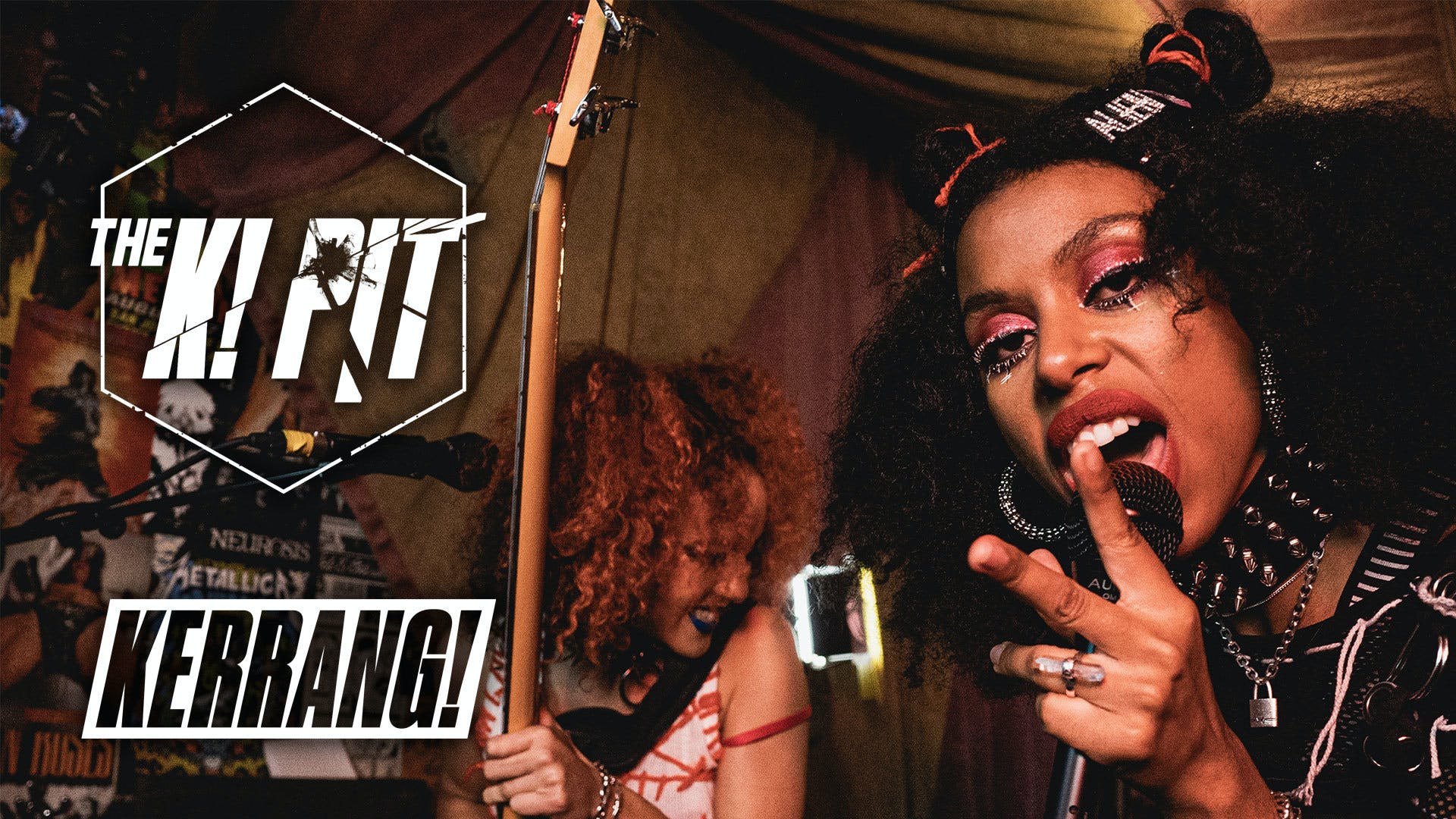 Following on from Salem's goth-punk party last Tuesday, this week's instalment of the K! Pit in association with Nordic Spirit is something much more rowdy, courtesy of London rap-rock crossover duo Nova Twins

Amy Love and Georgina South took to our favourite London dive bar of Blondies to unleash a veritable sonicboom of stomping punk, industrialised rave and hard-hitting lyricism of the course of 30 minutes. Adhering all necessary governmental COVID measures, no fans were in attendance, with vocalist Amy singing directly into camera.

“It was surreal,” says Georgia of the experience. “It actually felt like it was the first gig we’ve played all year, but having you guys there felt like having a little audience. It felt really good.”

“At first I was a bit nervous because you feel out of touch because everyone’s been doing stuff in the studio or at home, when you’re not really going for it,” adds Amy.

“Yeah, it was a little bit like going from zero to a hundred in one go, which was a head spin. But it felt really good,” says Georgia.

Dropping their debut album Who Are The Girls? earlier this year on Jason Aalon Butler's 333 Wreckords label, the seven song set leant heavily on their newer material that is yet to receive a proper outing on tour.

We're also giving away a limited number of Nova Twins K! Pit posters – signed by the band. And, thanks to Nordic Spirit – the UK’s No 1 Nicotine Pouch* – you could win a rucksack full of swag! Inside the bag you’ll find a K! Pit hoodie, a beanie, a mug, a wireless phone charger and headphones. Head over here to find out how to enter, along with the chance to win a golden ticket to next year's Download festival for the full VIP treatment!

Listen to Nova Twins’ new single Puzzles: “Inspired by the many sexy R&B songs we love, we wanted to make a heavy rocked-out version”

Ahead of the release of upcoming second album Supernova, Nova Twins have shared a new sex-positive single, Puzzles.

Nova Twins drop new single Cleopatra: “It’s about celebrating who we are and being proud of where we come from”

Nova Twins will be celebrating the release of their album Supernova with their three biggest UK gigs to date!