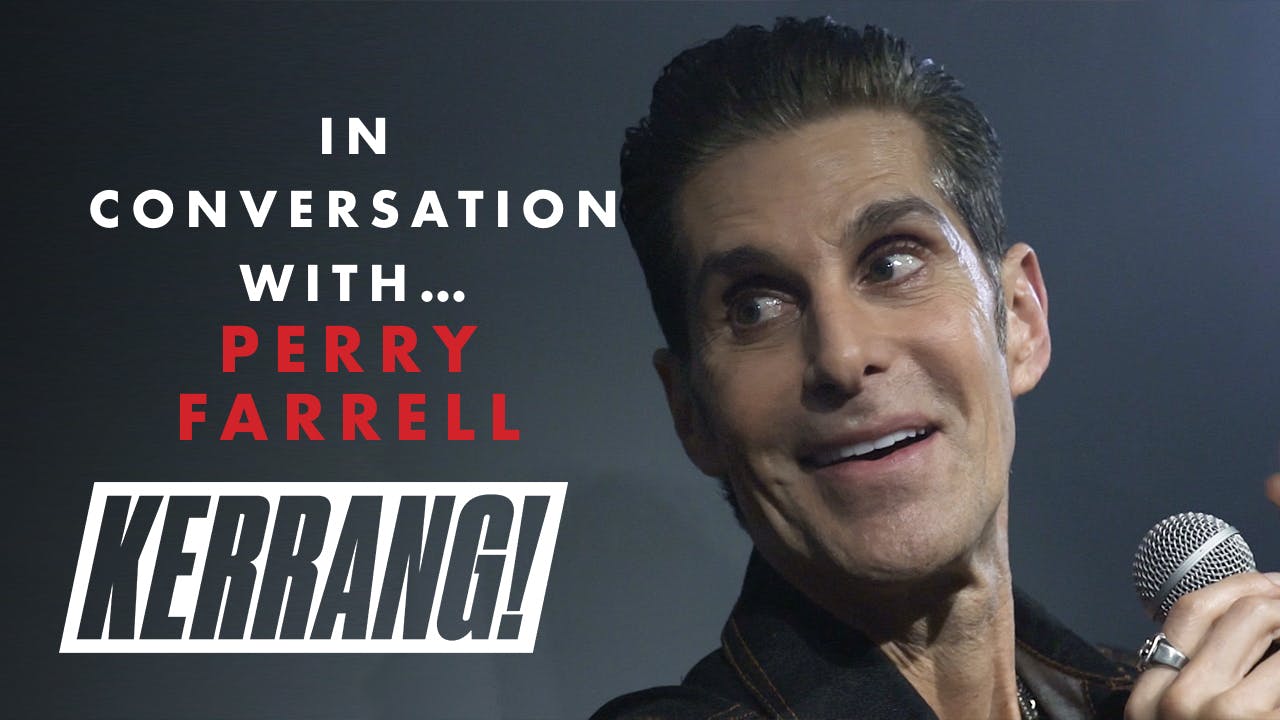 Kerrang!'s In Conversation series has featured some of rock and metal's greatest artists including Jonathan Davis from Korn, Duff McKagan from Guns N' Roses, Corey Taylor from Slipknot and Rou Reynolds from Enter Shikari. And now, we welcome the one and only Perry Farrell to the leather sofa to talk about his incredible life and career.

In Kerrang!'s London HQ, a bunch of lucky competition winners came into the office to watch Perry discuss everything from his new album Kind Heaven to Donald Trump to his hedonistic days with Jane's Addiction.

Perry also gives us the skinny on his ambitious plans for the Kind Heaven "immersive entertainment complex" in Las Vegas, which sounds like it might just be the greatest place on Earth. Throughout the 40-minute conversation with Kerrang!'s Senior Editor Nick Ruskell, we also learn about Perry's encounters with angels and how they're watching over all of us. Seriously, this chat goes deep and into some cosmic directions. It's not one to miss

You can watch the whole conversation below:

Perry Farrell's new solo album Kind Heaven is out now, coming 18 years after his previous solo record Song Yet To Be Sung. We recently chatted to Perry about why there was such a sizeable gap between the two albums.

“I wanted to put time into Jane’s because we were approaching the 25-year milestone," said Perry. "I look at Jane’s as this beautiful vehicle – like a classic car. It might not be this year’s model exactly, but when you see it you go, ‘Wow!’ As a professional musician – a lifer – I can tell you that it’s good to give your main project a rest sometimes, because you will find you get extra respect for being able to keep it together through all the hardships.”

READ THIS: A deep dive into Jane's Addiction's video for Been Caught Stealing