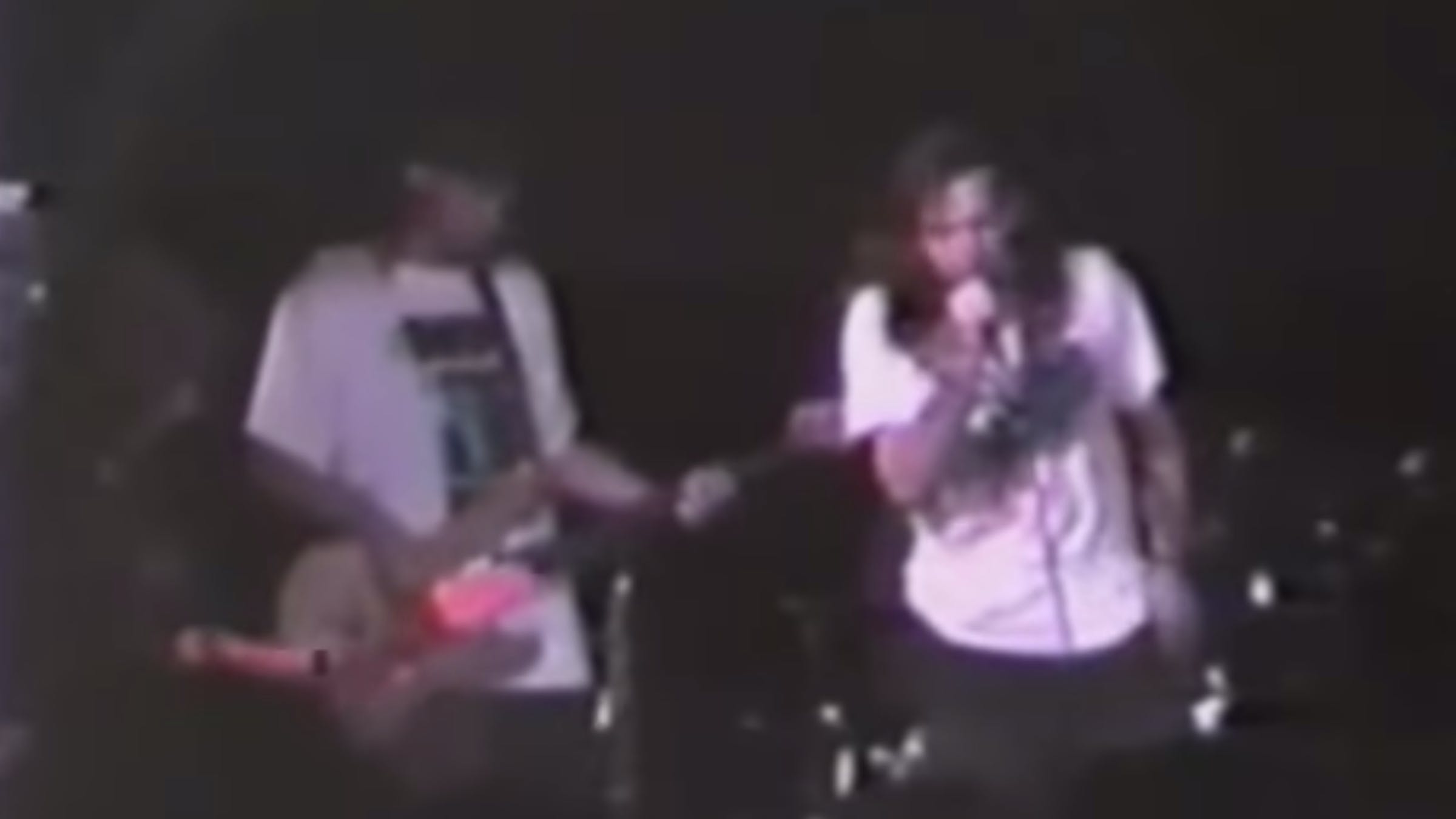 The idea of Pearl Jam being nervous onstage is honestly kind of ridiculous to think about. The Seattle band has become one of alternative rock's biggest names, headlining massive stages across the entire world. Frontman Eddie Vedder is known around the globe for his confidence and command onstage. But everyone was a young up-and-comer at one point, and Pearl Jam were no different, as evidenced by this footage of their first-ever live show in 1990.

As you can see from the video of this gig at Seattle's Off Ramp Cafe in 1990, Pearl Jam aren't really Pearl Jam quite yet -- they're still performing under the name Mookie Blaylock (who was a basketball player, for the record). One listen to the songs they're playing and the voice singing them, though, and you know it's the same band; tracks like Black and Evenflow sound as timeless as they always have.

However, if you turn off the sound, you might not recognize the band, especially if you keep your eyes on young Vedder. Eddie barely moves around the stage, and seems to perform most of the set with one hand firmly planted in his pants pocket. That concept -- of Eddie Vedder unsure of what to do with his hands -- is hilarious now, but we're sure at the time, the dude was just focused on not throwing up in front of everyone.

While Eddie Vedder might be a world-renowned rock star today, that was never truly his goal. In a 1993 interview with Kerrang!, the singer said, “I don’t want to be a star. It’s not worth it, to have my picture taken and have my face everywhere. It’s scary; it scares me, I could scare a lot of people with my face! I personally think that the less you know about a musician, the better. All that you need is the music, and then you won’t have any other preconceptions.”