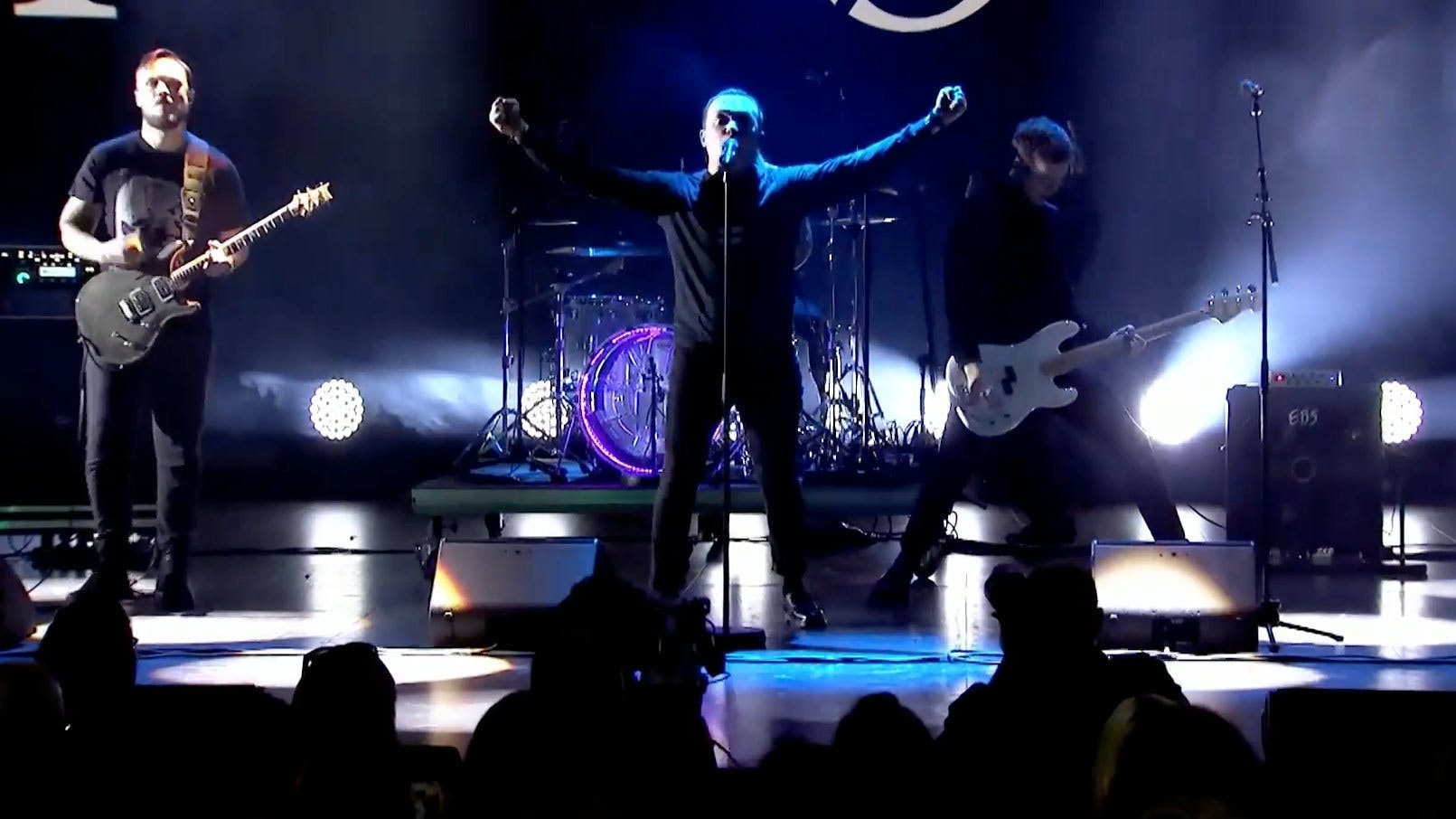 Like the GRAMMYs and the BRITS, Denmark has its own annual music awards ceremony, and it looks like they take metal a bit more seriously than other displays of back-patting and box-ticking award shows (the BRITS doesn't even have a rock category any more, let alone metal).

But not only does Denmark's GAFFA-Prisen (the Gaffa Prize, named after Danish music mag Gaffa) celebrate metal by handing out an award every year, at this year's bash they had blackgaze visionaries Møl open the show!

As the curtain rises, the post-black metallers stand spotlit in front of the seated Odeon, before launching into a blistering version of Storm from 2018 debut album Jord. As frontman Kim Song prowls around the stage, gurning and screaming into the hall, the crowd seem bewildered by what is unfolding in front of them.

Møl weren't even nominated for Best Danish Hard Rock/Metal Release, which makes them being booked to play even cooler. Someone at GAFFA has a great taste in music.

We spoke to Kim last year about the burgeoning blackgaze movement, and how nature is much more of an influence on their music than some Satanic worship.

“The name of our album Jord means earth, soil, and the elements,” Kim explained. “Music sometimes conjures up vast landscapes, it widens your imagination. Both music and nature have this quality of conjuring up something otherworldly. You get to take a deeper breath, and take the whole thing in. The elements do have a huge place in the imagery I work with in my lyrics.”

Møl are playing this year's ArcTanGent festival on Fernhill Farm near Bristol, UK, on August 15-17.