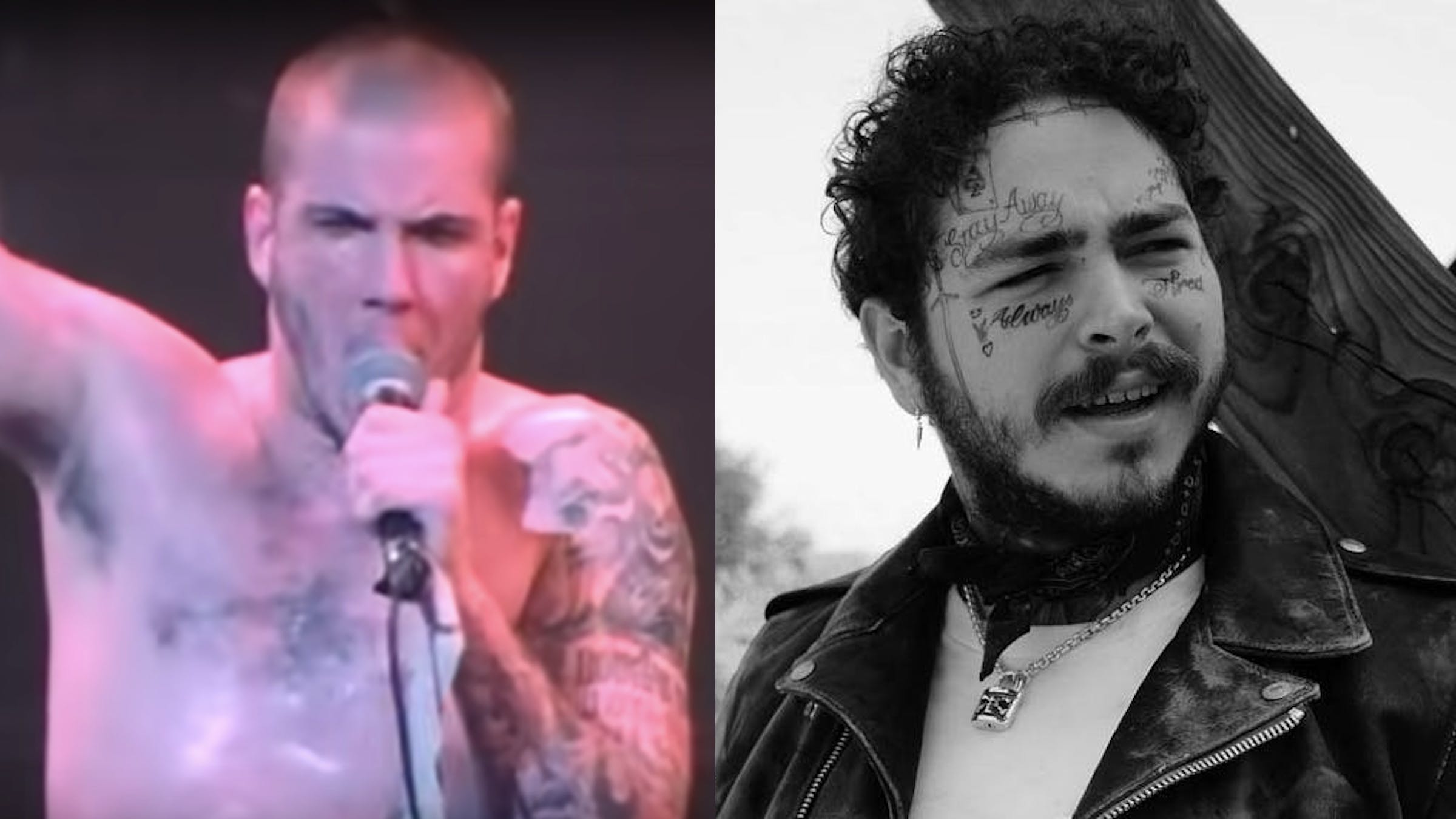 There are certain cultural milestones that every true metalhead needs to hit at least once. Among these are taking a train more than two hours each way to see a show, yelling "SLAYER!" to your family's embarrassment, and of course, shouting along to Pantera's Walk with your shirt off. So while he's collaborated with Ozzy Osbourne, hung out with Metallica, and played beer pong with Gatecreeper, it is only now that fans can truly consider rapper Post Malone a metal fan, as a video has been posted online of him shirtlessly singing along to Walk.

The video in question was posted to Instagram by Brooklyn indie rock band Beach Fossil, whose frontman Dustin Payseur can be seen joining Post in a round of bar karaoke. The first video features to two going at it pretty well on a hip-hop track, but the second shows them screaming along to Walk. In classic fashion, the boys don't perform the song with mic in hand or with any great emphasis put on singing -- they shout the lyrics at the top of their lungs while pointing at the camera, just as Dimebag intended.

READ THIS: Every Pantera album, ranked from worst to best

To be fair, Post has already paid his metalhead dues, having worked with Ozzy Osbourne on the track Take What You Want -- and earning some pretty high praise from the Ozzman himself.

“Ozzy Osbourne, baby," he said in an interview. "I was in Utah because I had just got off tour. It’s good, right? Ozzy went over to Watt’s house. You’ve talked a lot before. He’s a maniac. I said, ‘Hey, you know what? Ozzy Osborne’s coming down, we’re going to cut it and I’ll FaceTime you. And you let me know what’s going on.’ We talked and it was like a big deal. Yeah. Ozzy Osbourne. I think he crushed it. I mean he was talking to Watt and Watt was telling me he was like this, ‘Yo, this is my favourite that I’ve done since you know, Sabbath and since I started my own, own way.’ I was like, ‘That’s huge.’ I’m like honoured. Thank you very much.”