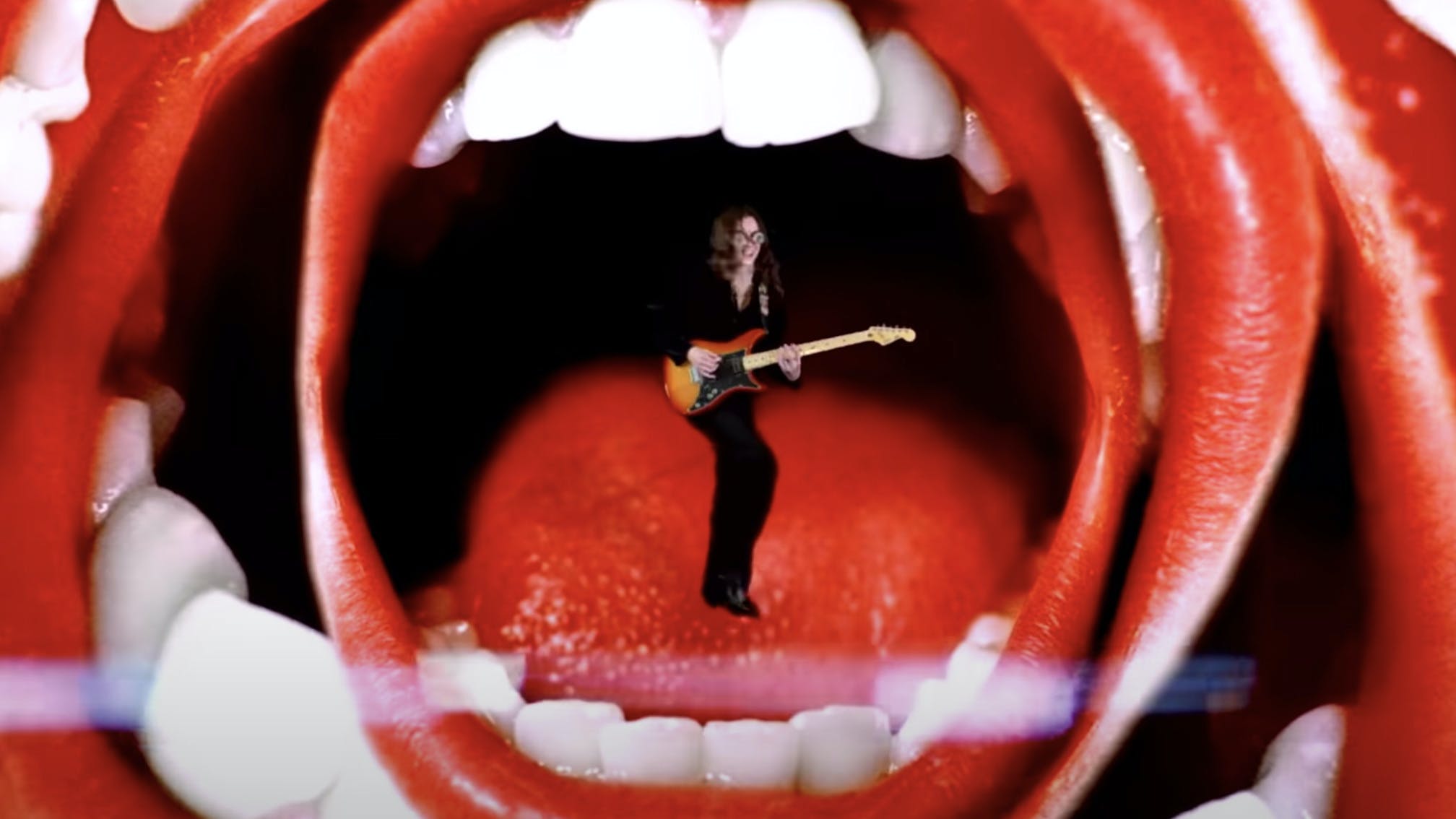 PVRIS have unveiled a brilliant sci-fi video for new single Gimme A Minute.

The clip accompanies a new single that hears Lynn Gunn admitting, 'They're asking why I think I'm losing my mind' over an electro alt.pop banger, with the vocalist then letting loose on her electric guitar. Spoiler: the whole thing is absolutely wicked.

"The last two years have been a lot to process," she explains. "I was navigating health issues while trying to make this album in a timely manner. The pacing and dynamic of the song feels similar to when your mind starts to spiral on something, the quiet start slowly stirring and building eventually landing into chaos."

Read this next: PVRIS’ Lynn Gunn: The 10 songs that changed my life

Gimme A Minute is taken from PVRIS' upcoming album Use Me, which is now set for release on July 10 – as opposed to May 1 as originally planned.

“We’re working on a few things to make it up to you and hold you over,” the band said of the delay. “Thanks for your continued support. We hope you’re all staying safe during this time.”

“I’m real sad guys,” added Lynn. “Just an FYI, I’ve been team, ‘Let’s put this out May 1 and give the people what they want!!!’ with this entire situation. I think right now is a time where everyone could use a little music to light up the darkness a bit… but it’s out of my hands.

“But we’re underdogs and underdogs don’t quit and we don’t lose hope!! I’m gonna be fighting my ass off to get something(s) new out to you guys in the meantime, if we gotta go rogue, we’re gonna go rogue.”

Check out Gimme A Minute below: