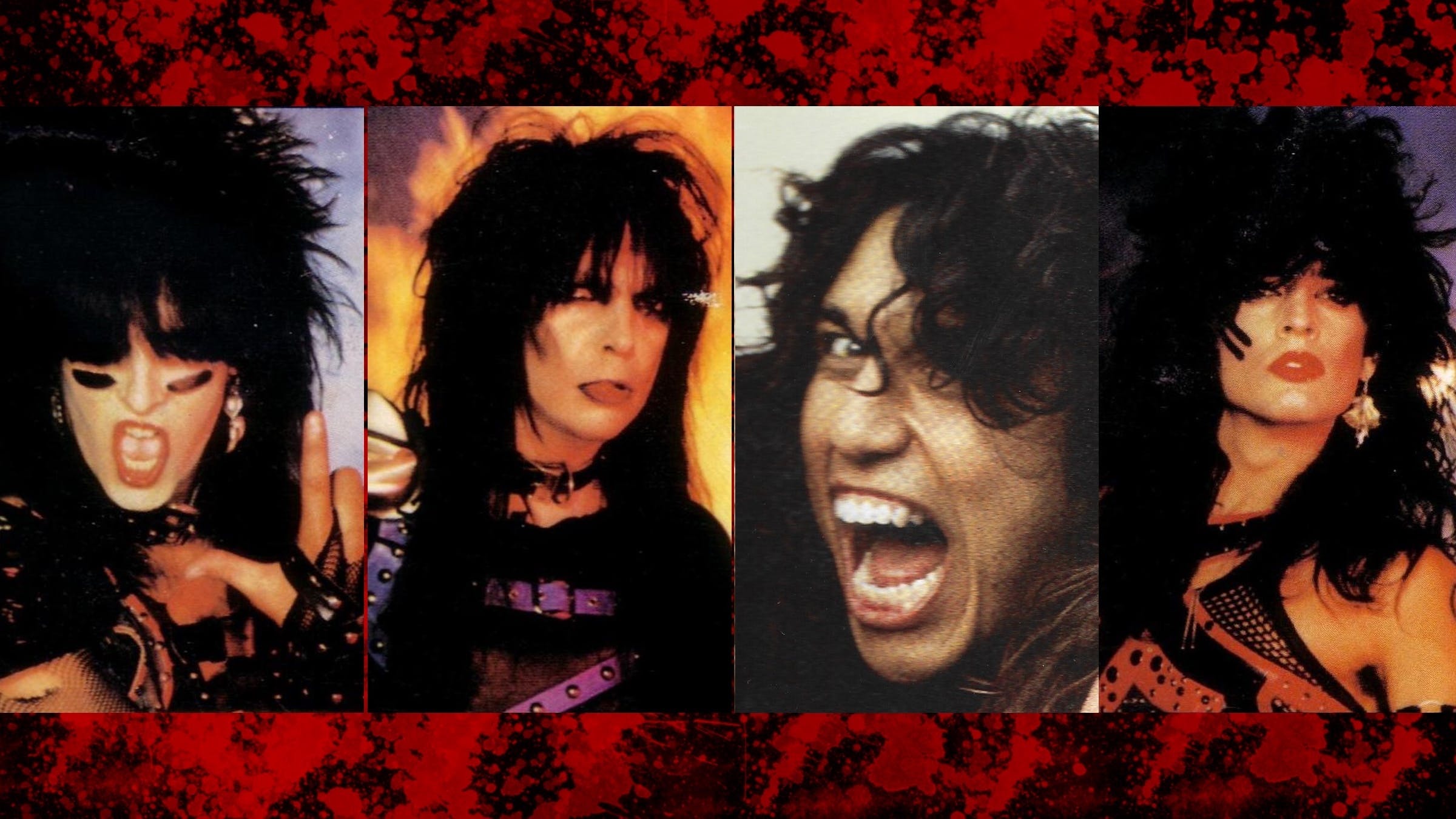 The renaissance Mötley Crüe are having with the release of their biopic The Dirt is a solid reminder that the band weren't just another floofy arena rock act, but heavy metal pioneers. In fact, the band's music was so much a part of '80s metalhead culture that even thrash dudes would cover it...including Tom Araya of Slayer, who can be seen in this early rehearsal footage dug up by our buddies in Metal Injection performing a cover of the Crüe classic Looks That Kill.

The line-up seen here is an early incarnation of Tom's brother John Araya's band, featuring John and Dimitri Galeos on guitar, Al Messi on bass, and Jake Alvarado on drums. The band was apparently fond of playing cheap gigs at keggers and college parties, covering bands like Judas Priest, Scorpions, Dio, and even the Crüe.

Check out Tom putting a thrash edge on Looks That Kill below:

Something this video reminds the world is that until metal became a massive chart of carefully-defined subgenres in the late '90s, bands like Slayer and Mötley Crüe were usually held in similar regard, at least by those outside of the world of metal. Both played heavy riffs, sported satanic imagery, and wrote songs so evil they'll be forever feared by polite society.

Obviously, Slayer went harder in the paint on the satanic side of things, but that was the whole point of thrash metal -- to push boundaries and be more extreme. Meanwhile, the Crüe were almost certainly beating Slayer in terms of sex and drugs.

Discussing the over-the-top depiction of his band in The Dirt, Nikki Sixx says, "I was thinking about this: if there was a movie made about the Colonial period and it left out the burning of the witches, what kind of film would that be? In 2019, burning witches is obviously bad, but I think we all know that. When it comes to our movie, we understand that the way that society was at that time [in the ‘80s], girls and guys acted in different ways. It was a different time. We’ve grown up from that. But the one thing we never did, and I need to say this, is we never abused our power. That’s something that I think is important to know. Whatever we did was consensual. It was wild and it was fun – I mean, every band was going fucking crazy – but what if we omitted that because it’s not politically correct in 2019?”

Anyone who discovers rehearsal footage of Mötley Crüe covering Slayer should contact us immediately.