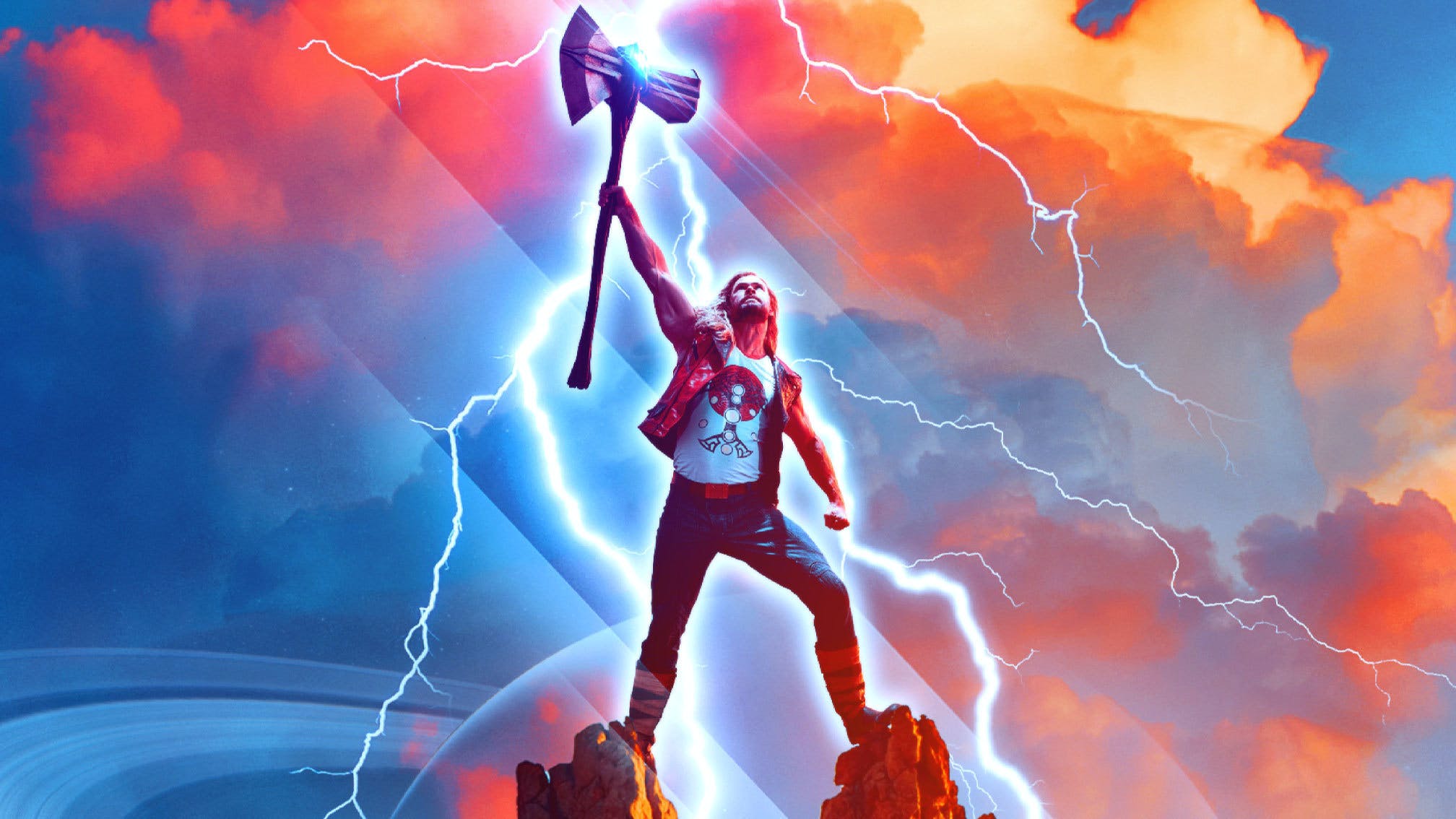 It's here! The very fun first official trailer for Thor: Love And Thunder has dropped.

Ahead of Marvel Studios' new movie arriving on July 8, the new minute-and-a-half look welcomes back some familiar faces – from Thor (Chris Hemsworth) to King Valkyrie (Tessa Thompson), Korg (Taika Waititi) and ex-girlfriend Jane Foster (Natalie Portman) as Lady Thor. Plus, the Guardians Of The Galaxy crew show up, making for an even more action-packed and star-studded affair.

Bonus: it's all soundtracked by Guns N' Roses' Sweet Child O' Mine…

The full Thor: Love And Thunder description reads: "The film finds Thor (Chris Hemsworth) on a journey unlike anything he’s ever faced – a quest for inner peace. But his retirement is interrupted by a galactic killer known as Gorr the God Butcher (Christian Bale), who seeks the extinction of the gods. To combat the threat, Thor enlists the help of King Valkyrie (Tessa Thompson), Korg (Taika Waititi) and ex-girlfriend Jane Foster (Natalie Portman), who – to Thor’s surprise – inexplicably wields his magical hammer, Mjolnir, as the Mighty Thor. Together, they embark upon a harrowing cosmic adventure to uncover the mystery of the God Butcher’s vengeance and stop him before it’s too late."

Chris also shared that the new Thor has "All the feels of a classic Thor adventure. Big, loud and Crazy and full of heart. You’ll laugh you’ll cry, then you’ll laugh so much you’ll cry some more!!"