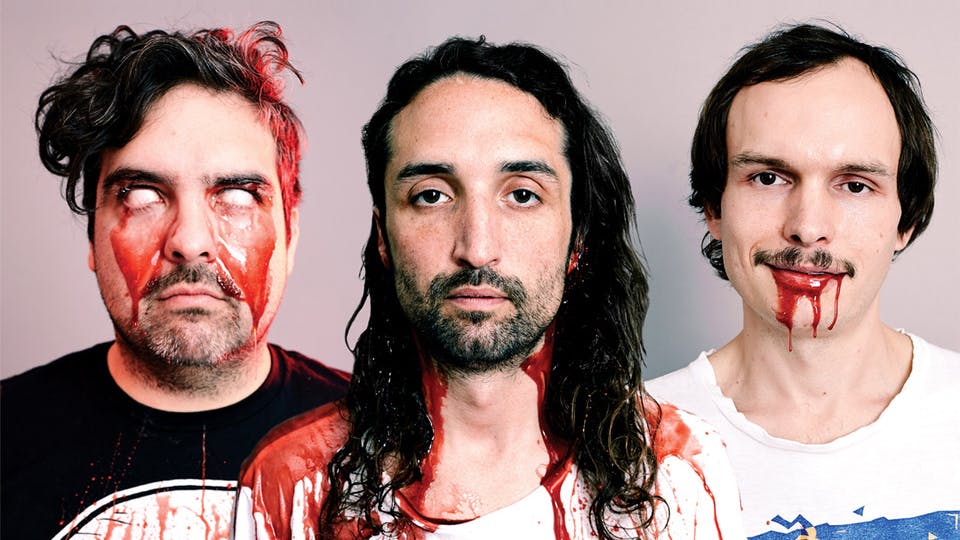 Who would you want to speak to through the supernatural powers of a Ouija board? A wizard? Satan? Your grandmama? That’s the question posed by Austin, TX trio American Sharks in the Scott Barber-directed video for their new single, Spare The Rod. Not so much of a spoiler alert: they choose the grandmama.

Taken from the band’s recently released full-length, 11:11, Spare The Rod’s video follows the three-piece’s adventure after bassist/vocalist Roky Moon, guitarist/vocalist Will Ellis and drummer Nick Cornetti decide to summon Roky’s grandmother. Possibly while stoned. After all, when else would decided to actually use a Ouija board?

Unfortunately, grandmama comes back in an ever-so-slightly homicidal state of mind and spends the length of the song chasing the band around trying to murder them. Do they escape? Well, you’ll just have to watch the video to find out.

The song itself is a frenetic blast of scuzzy, fuzzy rock'n’roll that’s full of the raucous, riotous energy that flows through the nine songs that make up 11:11, though it is a little less stoner-y in style than some of its counterparts.

It’s dark, but also irreverent, and is a song you should probably play with the volume dial turned all the way up to 11. And maybe with a joint in your hand.

The video is a worthy follow-up to the band’s previous effort, Masters, which was an extremely funny parody of a public access Christian cable network, which you should definitely watch if you haven’t already seen it.

The band have a few dates coming up -- two in June and one in September -- but unless you live in (or near) Mexico or the West Coast, you might have to wait until they roll by a little closer to you. If you do live there, though, they’re playing the following dates:

GWAR On Halloween Is A Disgusting Bloodbath Of Epic Proportions

All Hallow’s Eve gets downright gross as Antarctica’s finest rip the Big Apple several new ones.