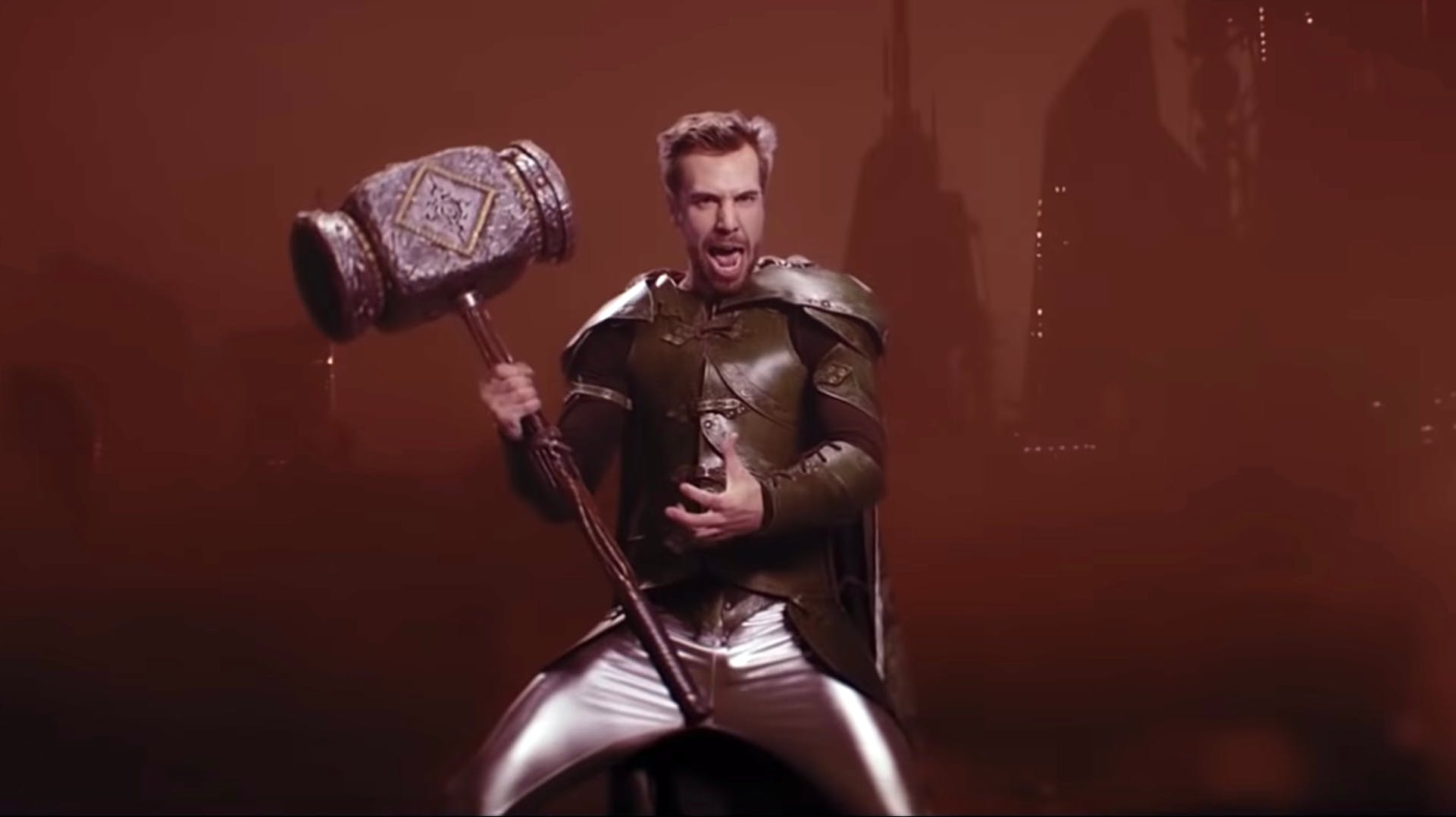 Symphonic power-metal virtuosos Gloryhammer have a new video out called Gloryhammer and it’s about their, uh, Gloryhammer.

According to the band, their story began with the tale of an alternate-history medieval Scotland - a realm of dragons, wizards, magic and dark sorcery. The story tells the legend of the “glorious hero” (aka frontman) Angus McFife XIII, Crown Prince Of Fife, who wages a long war against the evil sorcerer Zargothrax, in order to free the people of a place called Dundee.

On the new record, which comes out on May 31 via Napalm Records, “the galaxy waits in fear for the return of Angus, who fought the greatest battle the galaxy has ever heard of, against Zargothrax. All hope of the Kingdom of Fife lies in the strong arms and the infinite wisdom of their young prince.”

Watch this, fun, epically cinematic video of Gloryhammer performing on a rock-filled planet, charging their -- ahem -- hammer, and rousing their armies to fight the goblins.

According to the song, here are some facts about Gloryhammer’s...Gloryhammer:

-It’s made of steel

- It’ll blow you away

- It fights mega battles every day

- It will not surrender

- It fights until he’s to die

Legends From Beyond The Terrorvortex comes out on May 31, but preorders are available now.

Gloryhammer Make Music For The Jetpack Wizard In All Of Us